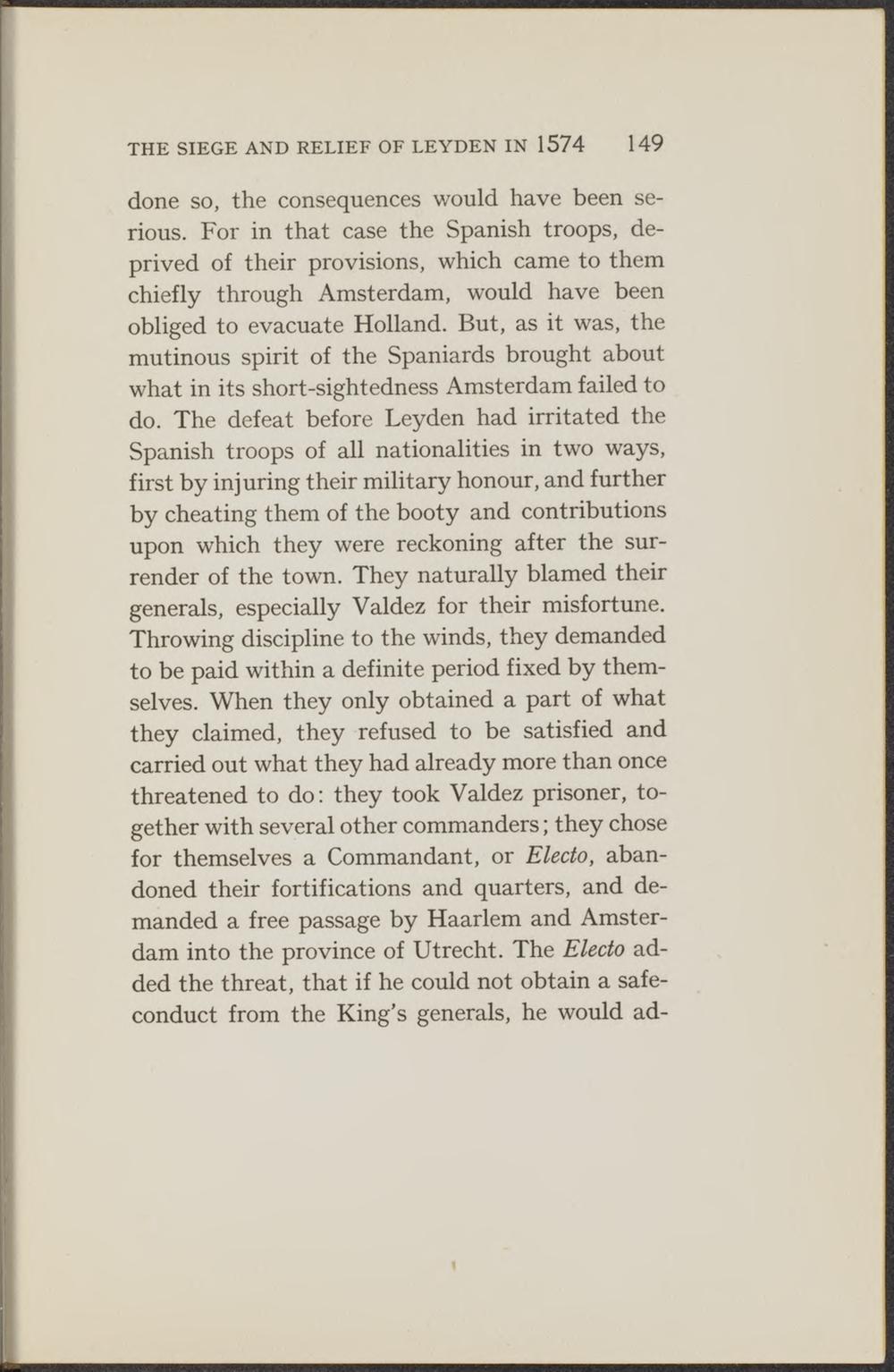 done so, the consequences would have been serious. For in that case the Spanish troops, deprived of their provisions, which came to them chiefly through Amsterdam, would have been obliged to evacuate Holland. But, as it was, the mutinous spirit of the Spaniards brought about what in its short-sightedness Amsterdam failed to do. The defeat before Leyden had irritated the Spanish troops of all nationalities in two ways, first by injuring their military honour, and further by cheating them of the booty and contributions upon which they were reckoning after the surrender of the town. They naturally blamed their generals, especially Valdez for their misfortune. Throwing discipline to the winds, they demanded to be paid within a def inite period f ixed by themselves. When they only obtained a part of what they claimed, they refused to be satisfied and carried out what they had already more than once threatened to do: they took Valdez prisoner, together with several other commanders; they chose for themselves a Commandant, or Electo, abandoned their fortifications and quarters, and demanded a free passage by Haarlem and Amsterdam into the province of Utrecht. The Electo added the threat, that if he could not obtain a safeconduct from the King's generals, he would ad-