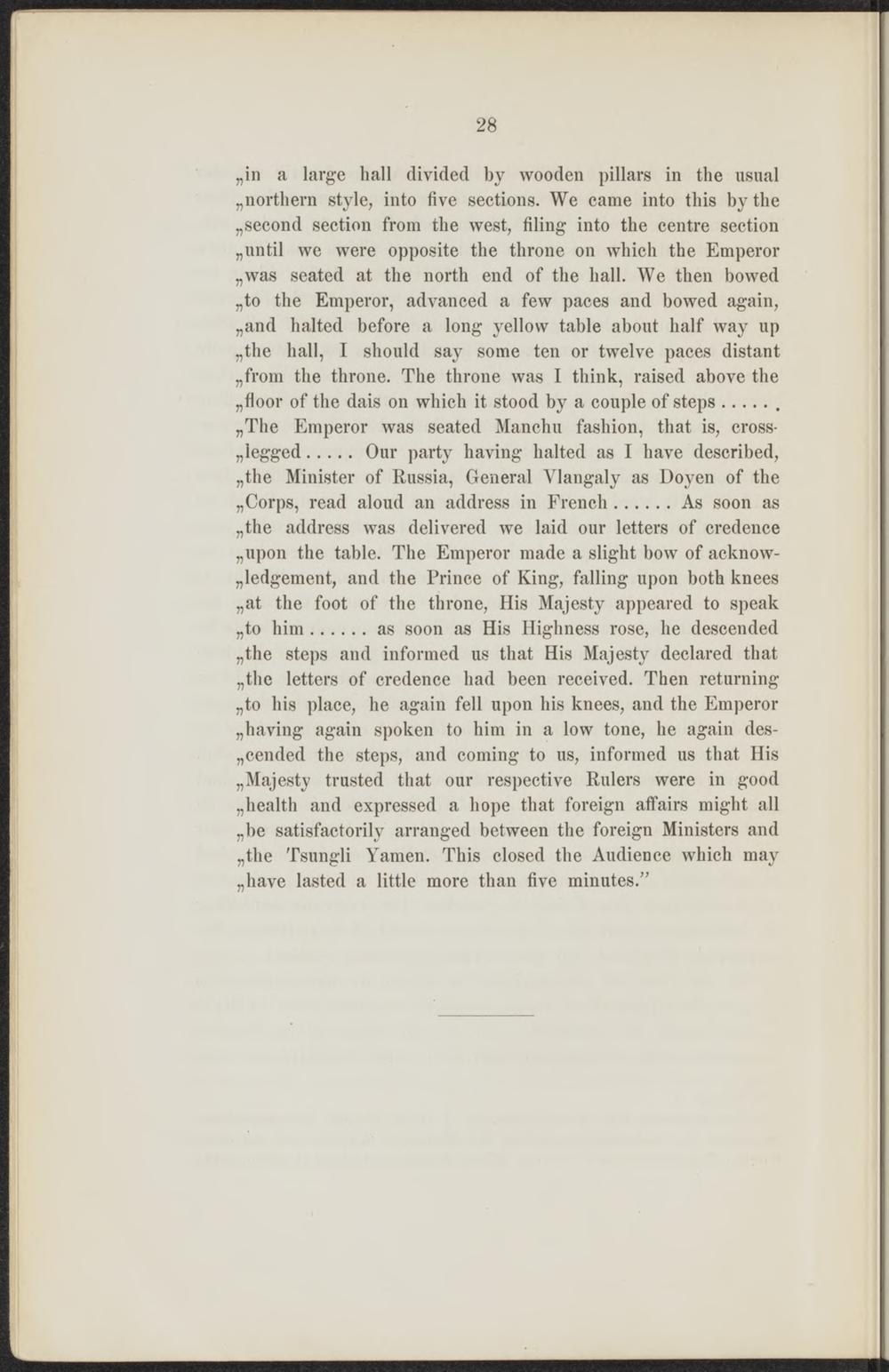 „in a large hall divided by wooden pillars in the usnal „northern style, into five seclions. We came into this bythe „second section from the west, filing into the centre section „until we were opposite the throne on which the Emperor „was seated at the north end of the hall. We then bowed „to the Emperor, advanced a few paces and bowed again, „and halted bef ore a long yellow table about half way up „the hall, I should say some ten or twelre paces distant „from the throne. The throne was I think, raised above the

„The Emperor was seated Manchu fashion, that is, cross-

„legged Our party having halted as I have described,

„the Minister of Russia, General Vlangaly as Doyen of the

„Corps, read aloud an address in French As soon as

„the address was delivered we laid our letters of credence „upon the table. The Emperor made a slight bow of acknow„ledgement, and the Prinee of Ring, falling upon both knees „at the foot of the throne, His Majesty appeared to speak

„to him as soon as His Highness rose, he descended

„the steps and informed us that His Majesty declared that „the letters of credence had been received. Then returning „to his place, he again feil npon his knees, and the Emperor „having again spoken to him in a low tone, he again des„cended the steps, and coming to ns, informed us that His „Majesty trusted that our respective Rulers were in good „health and expressed a hope that foreign affairs might all „be satisfactorily arranged between the foreign Ministers and „the Tsungli Yamen. This closed the Audience which may „have lasted a little more than five minutes."