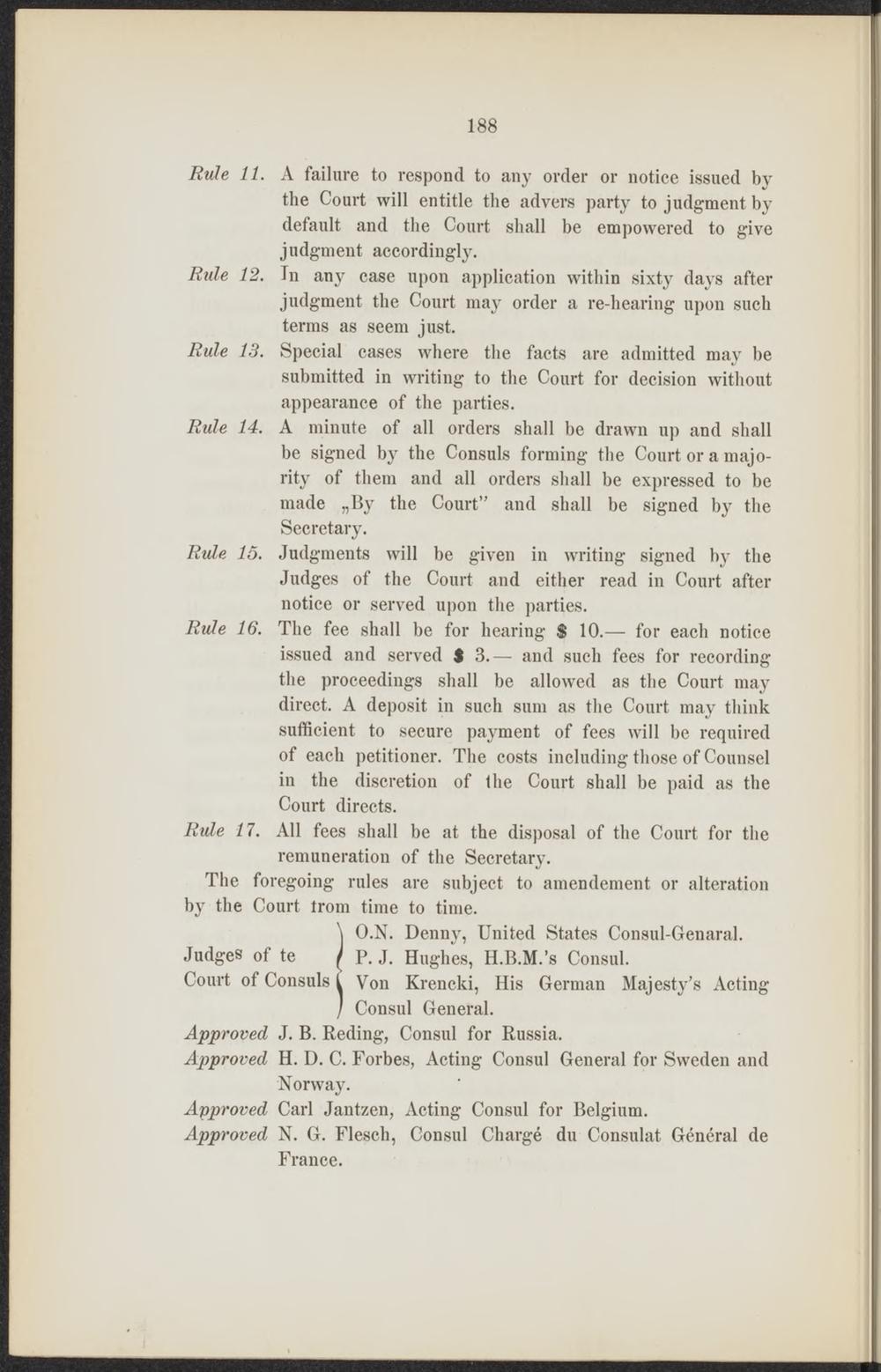 Rule 11. A failure to respond to any order or notice issued by the Court will entitle the advers party to judgment by default and the Court shall be empowered to give judgment accordingly.

Rule 12. In any case upon application within sixty days after judgment the Court may order a re-hearing upon such terms as seem just.

Rule 13. Special cases where the facts are admitted may be submitted in writing to the Court for decision without appearance of the parties.

Rule 15. Judgments will be given in writing signed by the Judges of the Court and either read in Court after notice or served upon the parties.

Rule 16. The fee shall be for hearing $ 10.— for each notice issued and served $ 3.— and such fees for recording the proceedings shall be allowed as the Court may direct. A deposit in such sum as the Court may think sufficiënt to secure payment of fees will be required of each petitioner. The costs including those of Counsel in the discretion of Ihe Court shall be paid as the Court directs.

Rule 17. All fees shall be at the disposal of the Court for the remuneration of the Secretary. The foregoing rules are subject to amendement or alteration by the Court trom time to time.