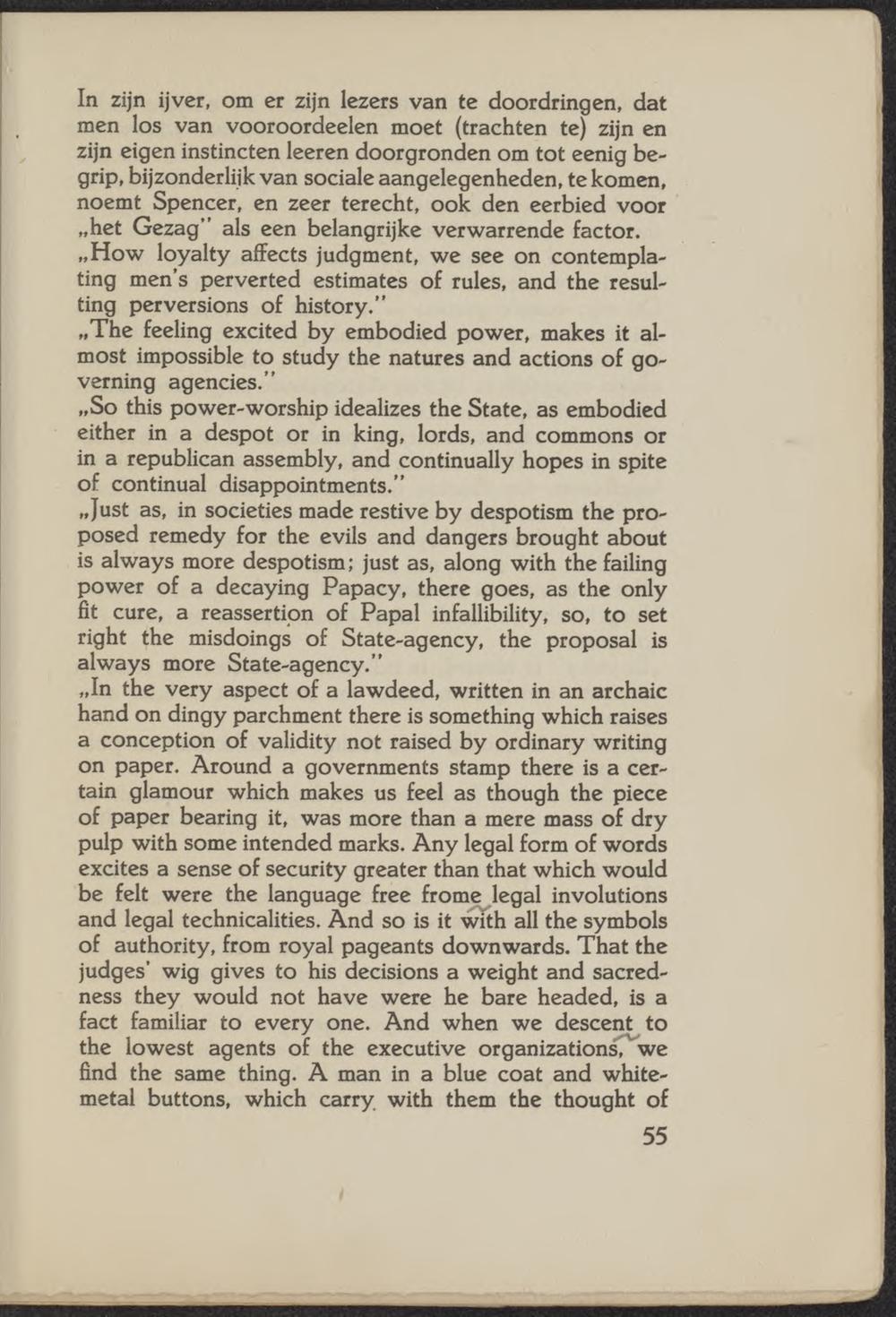 „The feeling excited by embodied power, makes it almost impossible to study the natures and actions of gover ning agencies."

„So this power-worship idealizes the State, as embodied either in a despot or in king, lords, and commons or in a republican assembly, and continually hopes in spite of continual disappointments."

„Just as, in societies made restive by despotism the proposed remedy for the evils and dangers brought about is always more despotism; just as, along with the failing power of a decaying Papacy, there goes, as the only fit cure, a reassertion of Papal infallibility, so, to set right the misdoings of State-agency, the proposal is always more State-agency."

„In the very aspect of a lawdeed, written in an archaic hand on dingy parchment there is something which raises a conception of validity not raised by ordinary writing on paper. Around a governments stamp there is a certain glamour which makes us feel as though the piece of paper bearing it, was more than a mere mass of dry pulp with some intended marks. Any legal form of words excites a sense of security greater than that which would be feit were the language free frome legal involutions and legal technicalities. And so is it with all the symbols of authority, from royal pageants downwards. That the judges' wig gives to his decisions a weight and sacredness they would not have were he bare headed, is a fact familiar to every one. And when we descent to the lowest agents of the executive organizations, we find the same thing. A man in a blue coat and whitemetal buttons, which carry with them the thought of