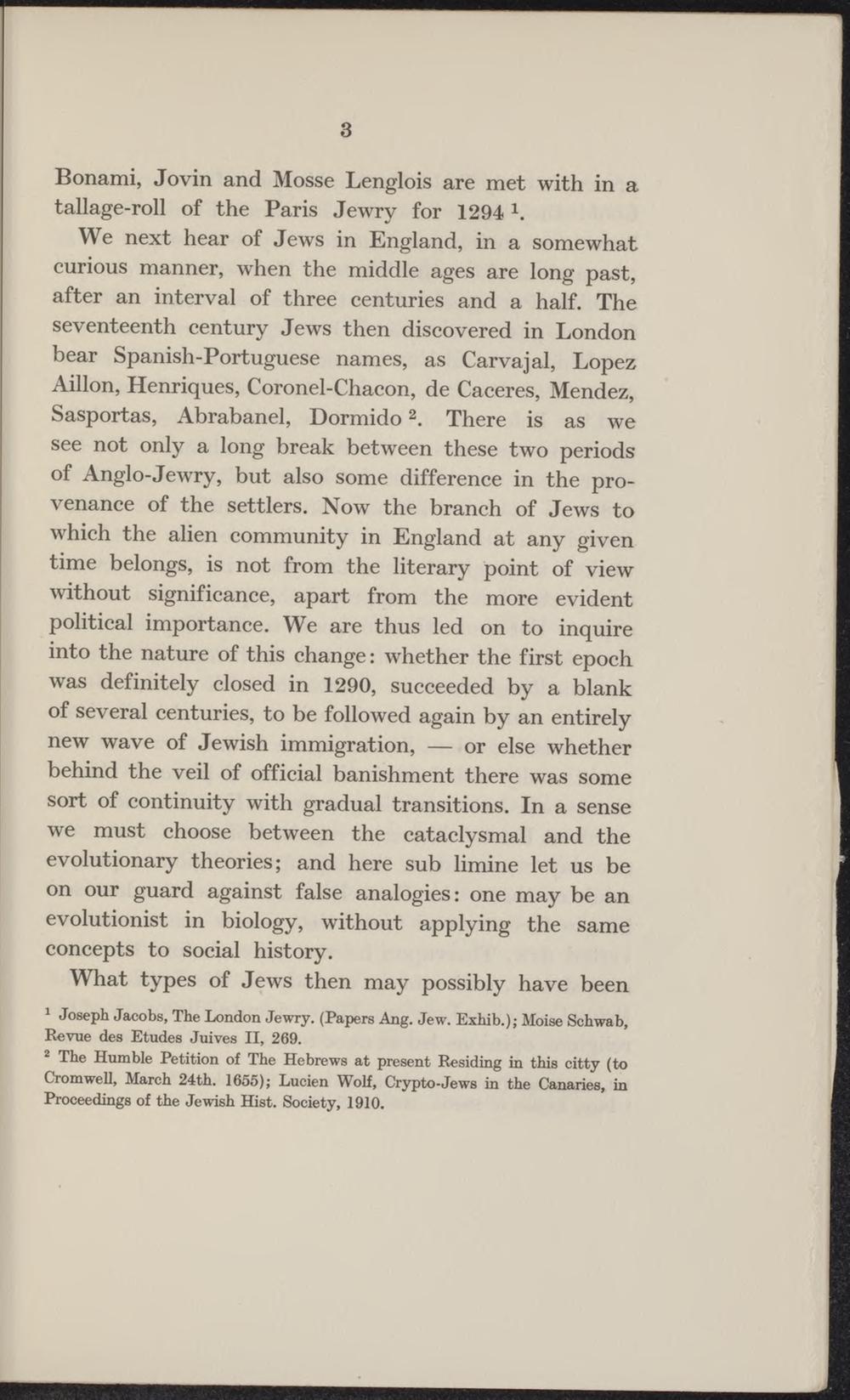 Bonami, Jovin and Mosse Lenglois are met with in a tallage-roll of the Paris Jewry for 1294 h

We next hear of Jews in England, in a somewhat curious manner, when the middle ages are long past, after an interval of three centuries and a half. The seventeenth century Jews then discovered in London bear Spanish-Portuguese names, as Carvajal, Lopez Aillon, Henriques, Coronel-Chacon, de Caceres, Mendez, Sasportas, Abrabanel, Dormido2. There is as we see not only a long break between these two periods of Anglo-Jewry, but also some difference in the provenance of the settlers. Now the branch of Jews to which the alien community in England at any given time belongs, is not from the literary point of view without significance, apart from the more evident political importance. We are thus led on to inquire into the nature of this change: whether the first epoch was definitely closed in 1290, succeeded by a blank of several centuries, to be followed again by an entirely new wave of Jewish immigration, — or else whether bebind the veil of official banishment there was some sort of continuity with gradual transitions. In a sense we must choose between the cataclysmal and the evolutionary theories; and here sub limine let us be on our guard against false analogies: one may be an evolutionist in biology, without applying the same concepts to social history.

What types of Jews then may possibly have been

1 The Humble Petition of The Hebrews at present Residing in this citty (to CromwelL March 24th. 1656); Lucien Wolf, Crypto-Jews in the Canaries, in Proceedings of the Jewish Hist. Society, 1910.