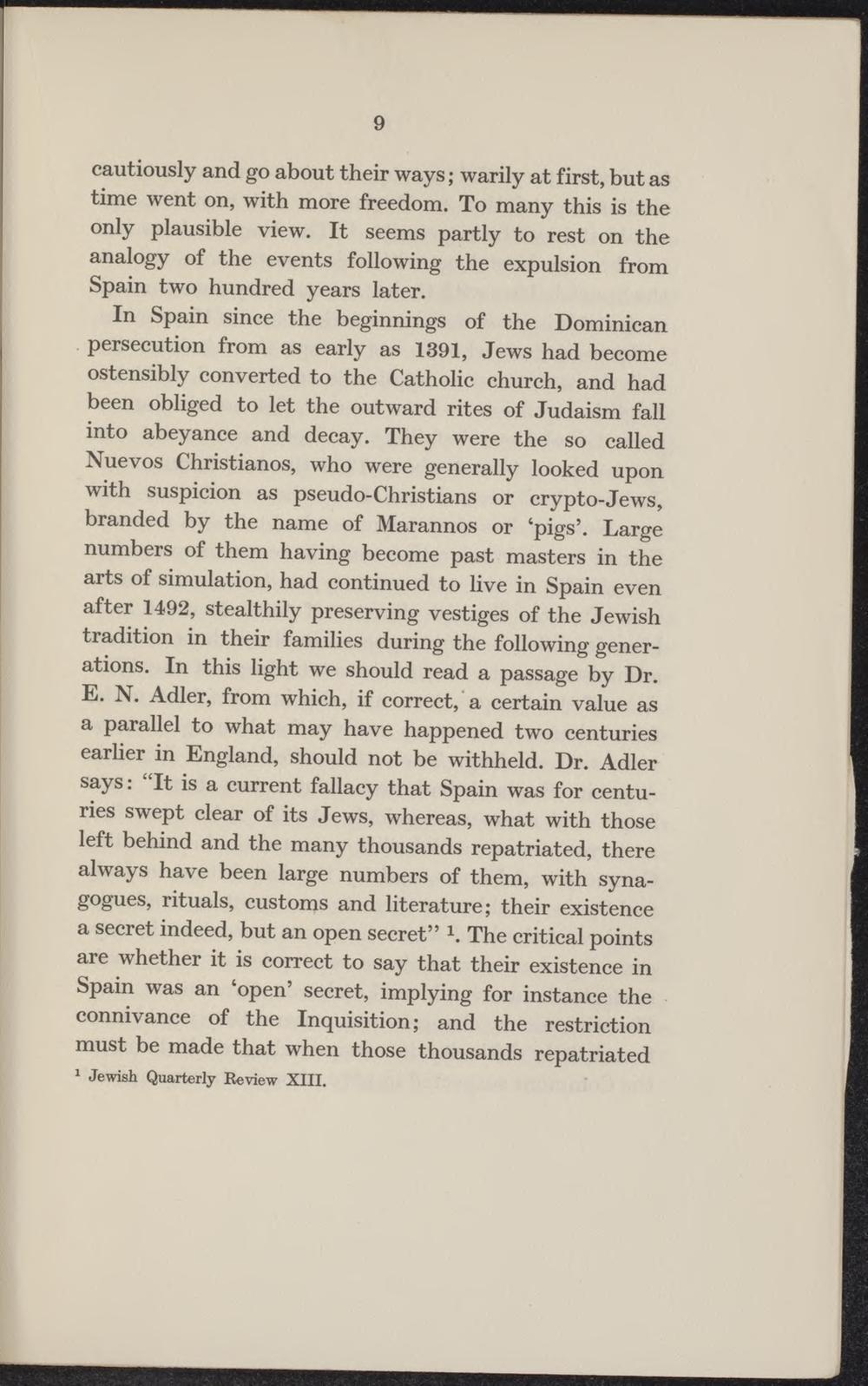 cautiously and go abóut their ways; warily at first, but as time went on, with more freedom. To many this is the only plausible view. It seems partly to rest on the analogy of the events following the expulsion from Spain two hundred years later.

In Spain since the beginnings of the Dominican persecution from as early as 1391, Jews had become ostensibly converted to the Catholic church, and had been obliged to let the outward rites of Judaism fall into abeyance and decay. They were the so called Nuevos Christianos, who were generally looked upon with suspicion as pseudo-Christians or crypto-Jews, branded by the name of Marannos or 'pigs'. Large numbers of them having become past masters in the arts of simulation, had continued to live in Spain even after 1492, stealthily preserving vestiges of the Jewish tradition in their families during the following generations. In this üght we should read a passage by Dr. E. N. Adler, from which, if correct, a certain value as a parallel to what may have happened two centuries earlier in England, should not be withheld. Dr. Adler says: "It is a current fallacy that Spain was for centuries swept clear of its Jews, whereas, what with those left behind and the many thousands repatriated, there always have been large numbers of them, with synagogues, rituals, customs and literature; their existence a secret indeed, but an open secret" K The critical points are whether it is correct to say that their existence in Spain was an 'open' secret, implying for instance the connivance of the Inquisition; and the restriction must be made that when those thousands repatriated