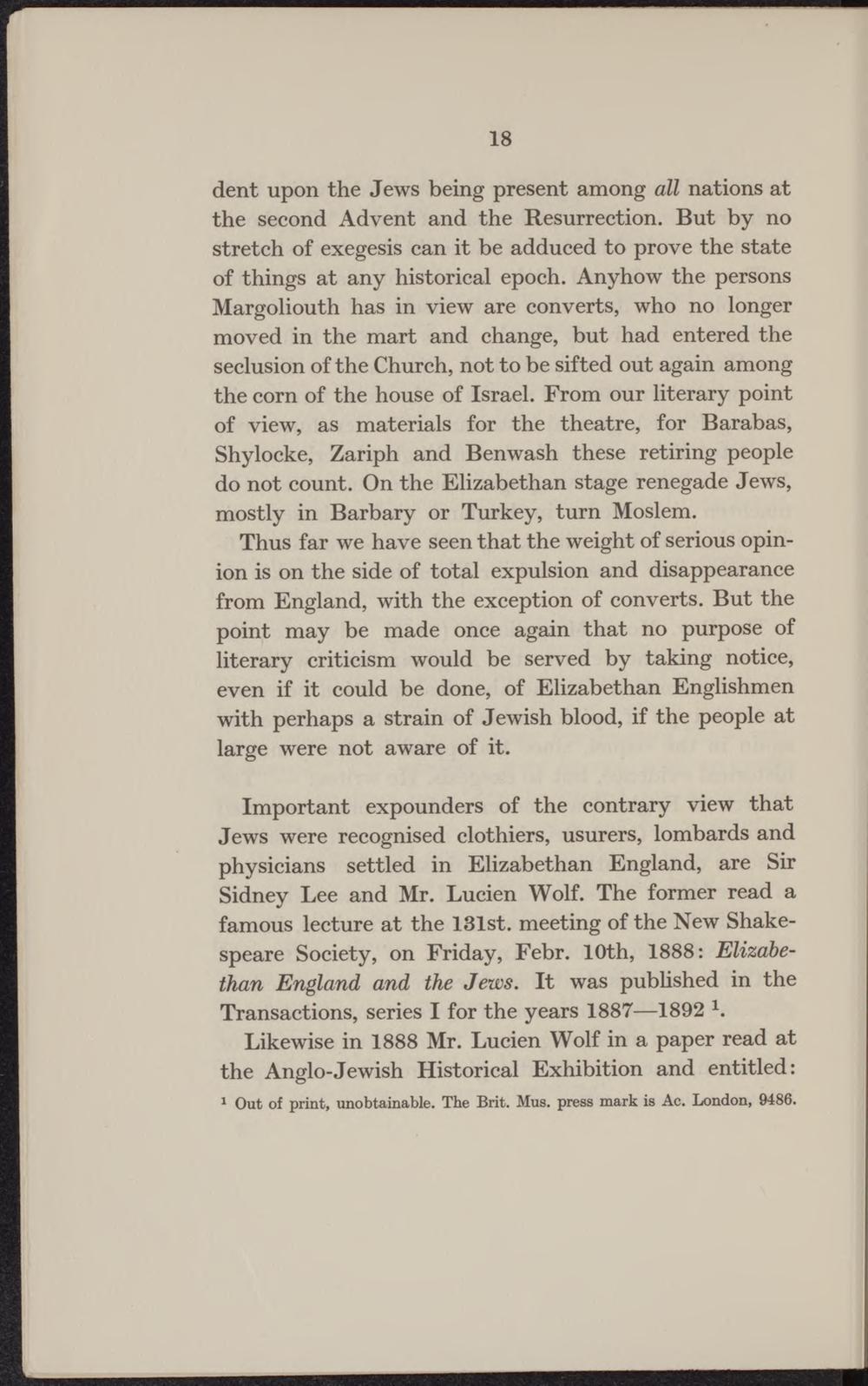 dent upon the Jews being present among all nations at the second Advent and the Resurrection. But by no stretch of exegesis can it be adduced to prove the state of things at any historical epoch. Anyhow the persons Margoliouth has in view are couverts, who no longer moved in the mart and change, but had entered the seclusion of the Church, not to be sifted out again among the corn of the house of Israël. From our literary point of view, as materials for the theatre, for Barabas, Shylocke, Zariph and Benwash these retiring people do not count. On the Elizabethan stage renegade Jews, mostly in Barbary or Turkey, turn Moslem.

Thus far we have seen that the weight of serious opinion is on the side of total expulsion and disappearance from England, with the exception of converts. But the point may be made once again that no purpose of literary criticism would be served by taking notice, even if it could be done, of Elizabethan Englishmen with perhaps a strain of Jewish blood, if the people at large were not aware of it.

Important expounders of the contrary view that Jews were recognised clothiers, usurers, lombards and physicians settled in Elizabethan England, are Sir Sidney Lee and Mr. Lucien Wolf. The former read a famous lecture at the 181st. meeting of the New Shakespeare Society, on Friday, Febr. lOth, 1888: Elizabethan England and the Jews. It was published in the Transactions, series I for the years 1887—1892 1.

Likewise in 1888 Mr. Lucien Wolf in a paper read at the Anglo-Jewish Historical Exhibition and entitled: