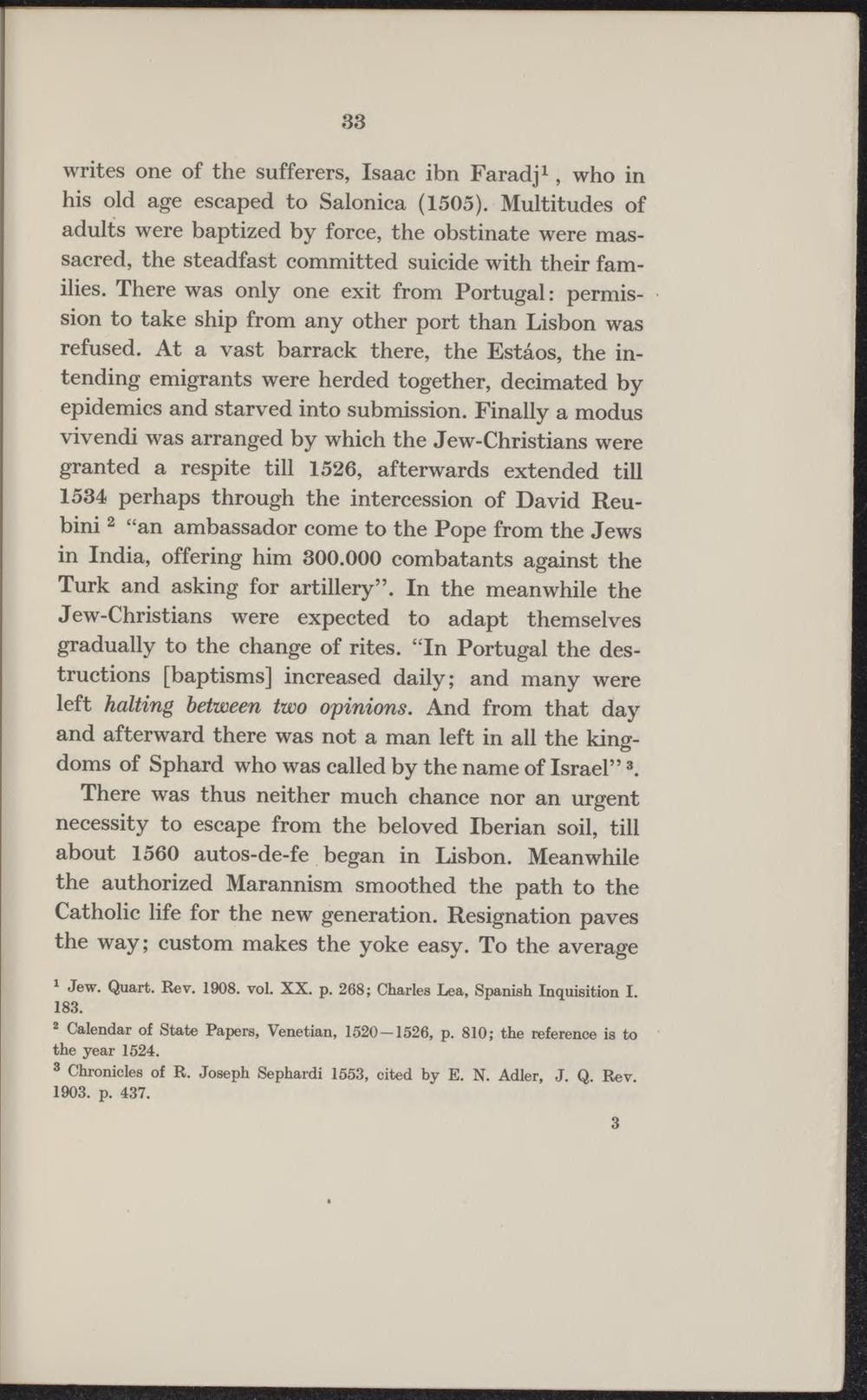 writes one of the sufferers, Isaac ibn Faradj1, who in his old age escaped to Salonica (1505). Multitudes of adults were baptized by force, the obstinate were massacred, the steadfast committed suicidewith their families. There was only one exit from Portugal: permission to take ship from any other port than Lisbon was refused. At a vast barrack there, the Estaos, the intending emigrants were herded together, decimated by epidemics and starved into submission. Finally a modus vivendi was arranged by which the Jew-Christians were granted a respite till 1526, afterwards extended till 1584 perhaps through the intercession of David Reubini2 "an ambassador come to the Pope from the Jews in India, offering him 800.000 combatants against the Turk and asking for artillery". In the meanwhile the Jew-Christians were expected to adapt themselves gradually to the change of rites. "In Portugal the destructions [baptisms] increased daily; and many were left haüing between two opinions. And from that day and afterward there was not a man left in all the kingdoms of Sphard who was called by the name of Israël"3.

There was thus neither much chance nor an urgent necessity to escape from the beloved Iberian soil, till about 1560 autos-de-fe began in Lisbon. Meanwhile the authorized Marannism smoothed the path to the Catholic life for the new generation. Resignation paves the way; custom makes the yoke easy. To the average