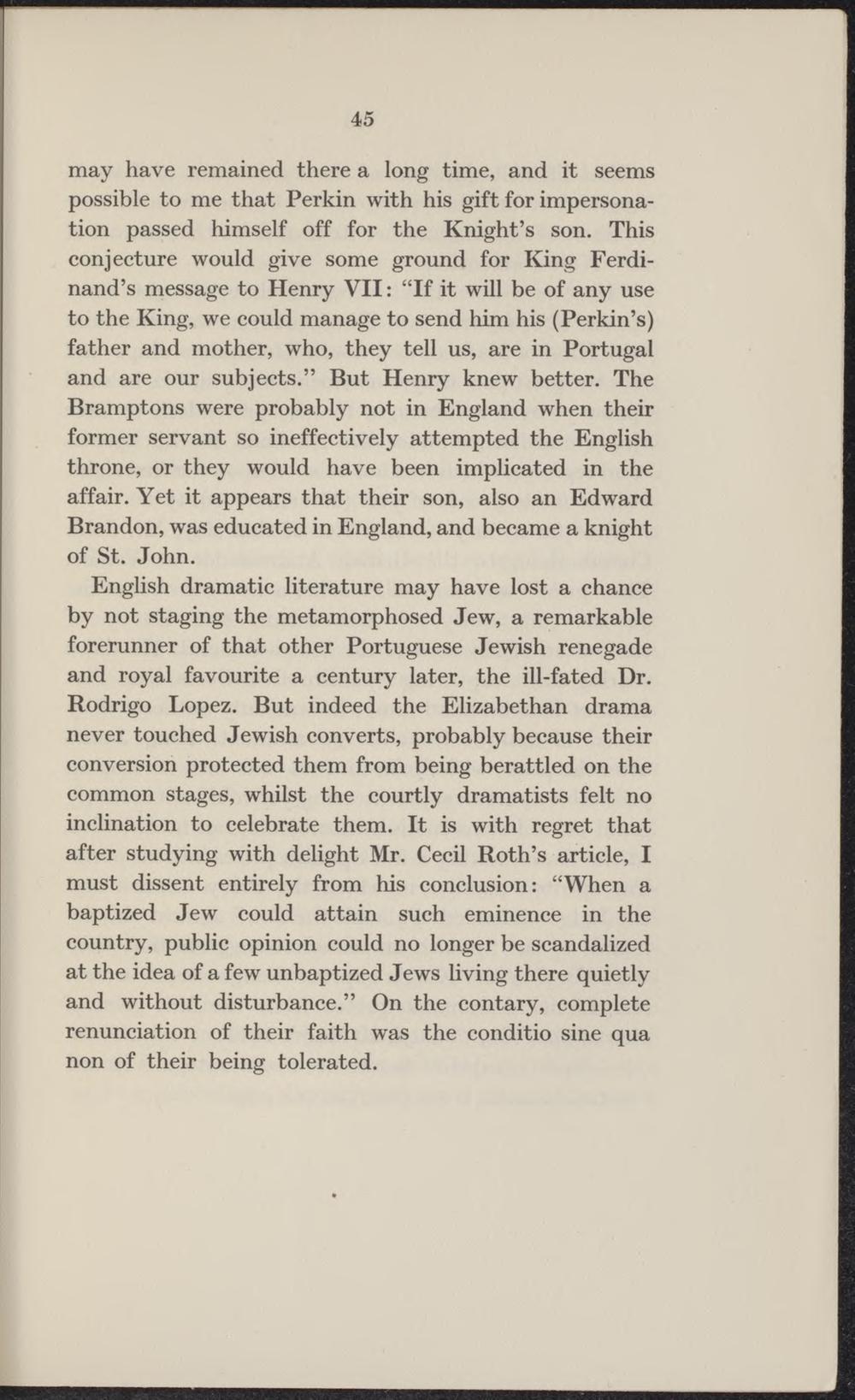 may have remained there a long time, and it seems possible to me that Perkin with his gift for impersonation passed himself off for the Knight's son. This conjecture would give some ground for King Ferdinand's message to Henry VII: "If it will be of any use to the King, we could manage to send him his (Perkin's) father and mother, who, they teil us, are in Portugal and are our subjects." But Henry knew better. The Bramptons were probably not in England when their former servant so ineffectively attempted the English throne, or they would have been implicated in the affair. Yet it appears that their son, also an Edward Brandon, was educated in England, and became a knight of St. John.

English dramatic literature may have lost a chance by not staging the metamorphosed Jew, a remarkable forerunner of that other Portuguese Jewish renegade and royal favourite a century later, the Ul-fated Dr. Rodrigo Lopez. But indeed the Elizabethan drama never touched Jewish converts, probably because their conversiori protected them from being berattled on the common stages, whilst the courtly dramatists feit no inclination to celebrate them. It is with regret that after studying with delight Mr. Cecil Roth's article, I must dissent entirely from his conclusion: "When a baptized Jew could attain such éminence in the country, public opinion could no longer be scandalized at the idea of a few unbaptized Jews living there quietly and without disturbance." On the contary, complete renunciation of their faith was the conditio sine qua non of their being tolerated.