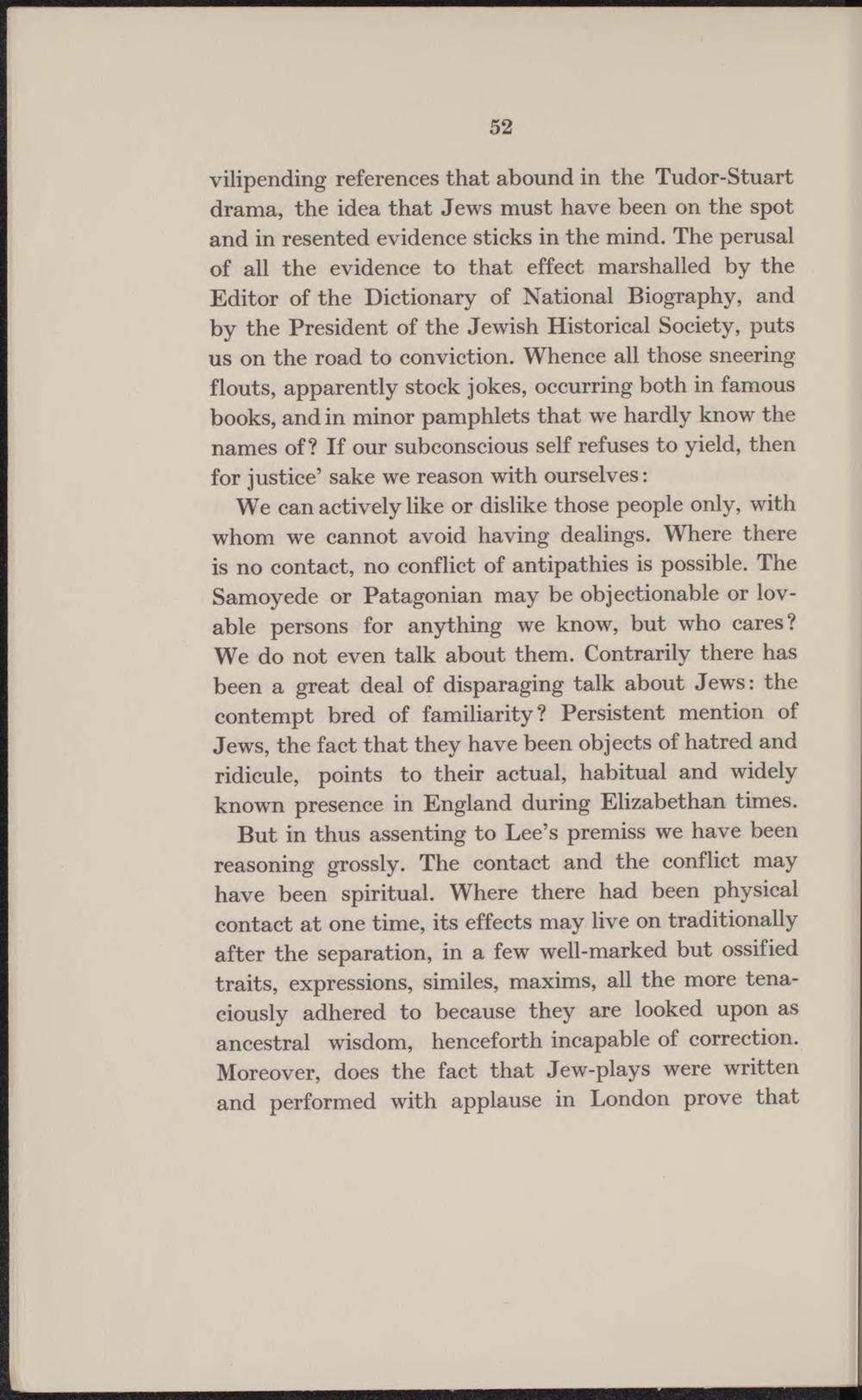 vilipending references that abound in the Tudor-Stuart drama, the idea that Jews must have been on the spot and in resented evidence sticks in the mind. The perusal of all the evidence to that effect marshalled by the Editor of the Dictionary of National Biography, and by the President of the Jewish Historical Society, puts us on the road to conviction. Whence all those sneering flouts, apparently stock jokes, occurring both in famous books, and in minor pamphlets that we hardly know the names of? If our subconscious self refuses to yield, then for justice' sake we reason with ourselves:

We can actively like or dislike those people only, with whom we cannot avoid having dealings. Where there is no contact, no conflict of antipathies is possible. The Samoyede or Patagonian may be objectionable or lovable persons for anything we know, but who cares? We do not even talk about them. Contrarily there has been a great deal of disparaging talk about Jews: the contempt bred of famüiarity? Persistent mention of Jews, the fact that they have been objects of hatred and ridicule, points to their actual, habitual and widely known presence in England during Elizabethan times.

But in thus assenting to Lee's premiss we have been reasoning grossly. The contact and the conflict may have been spiritual. Where there had been physical contact at one time, its effects may live on traditionally after the separation, in a few well-marked but ossified traits, expressions, similes, maxims, all the more tenaciously adhered to because they are looked upon as ancestral wisdom, henceforth incapable of correction. Moreover, does the fact that Jew-plays were written and performed with applause in London prove that