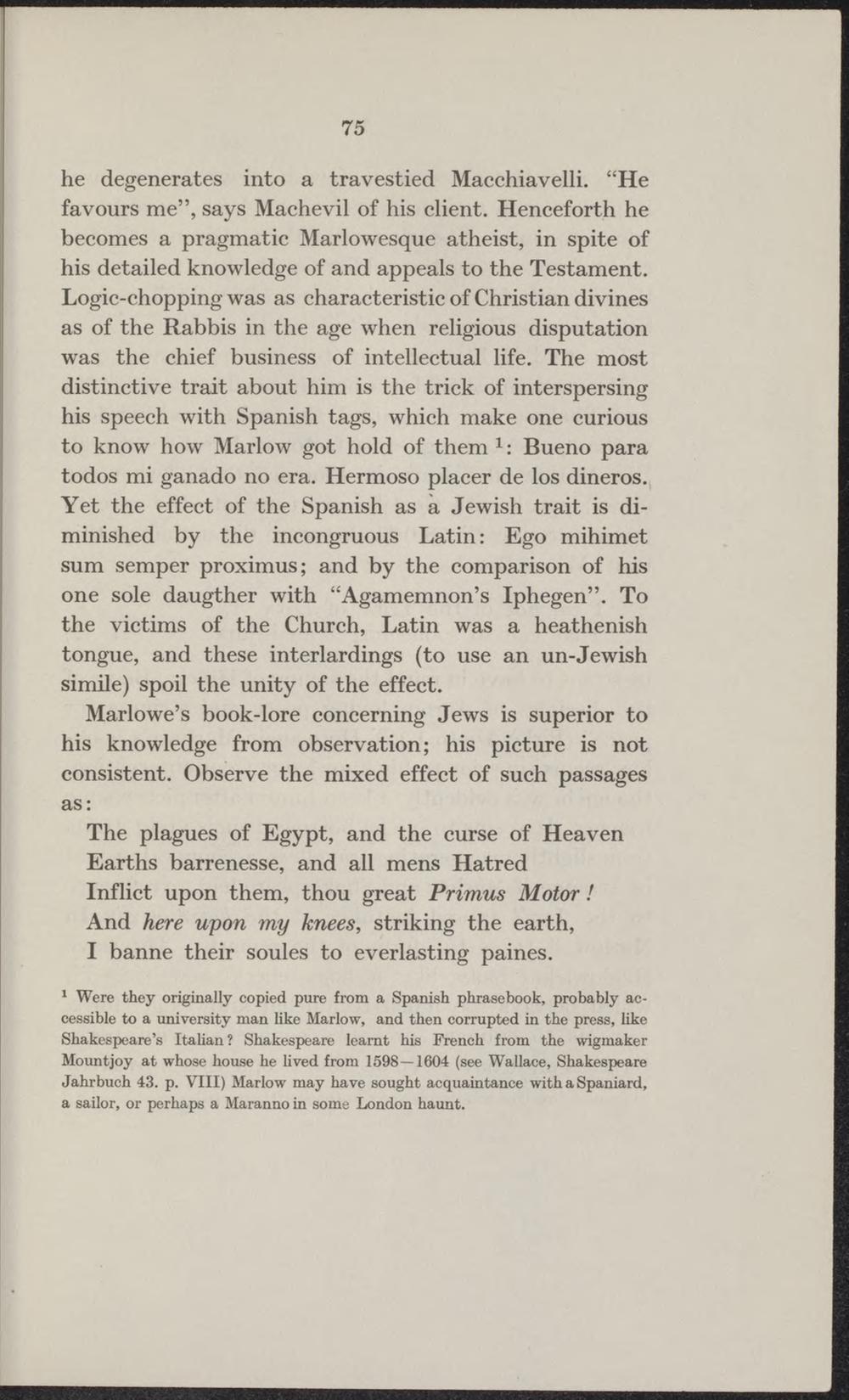 he degenerates into a travestied Macchiavelli. "He favours me", says Machevil of his cliënt. Henceforth he becomes a pragmatic Marlowesque atheist, in spite of his detailed knowledge of and appeals to the Testament. Logic-chopping was as characteristic of Christian divines as of the Rabbis in the age when religious disputation was the chief business of intellectual life. The most distinctive trait about him is the trick of interspersing his speech with Spanish tags, which make one curious to know how Marlow got hold of them 1: Bueno para todos mi ganado no era. Hermoso placer de los dineros. Yet the effect of the Spanish as a Jewish trait is diminished by the incongruous Latin: Ego mihimet sum semper proximus; and by the comparison of his one sole daugther with "Agamemnon's Iphegen". To the victims of the Church, Latin was a heathenish tongue, and these interlardings (to use an un-Jewish simile) spoil the unity of the effect.

Marlowe's book-lore concerning Jews is superior to his knowledge from observation; his picture is not consistent. Observe the mixed effect of such passages as:

The plagues of Egypt, and the curse of Heaven Earths barrenesse, and all mens Hatred Inflict upon them, thou great Primus Motor ! And here upon my knees, striking the earth, I banne their soules to everlasting paines.

1 Were they originally copied pure from a Spanish phrasebook, probably accessible to a university man like Marlow, and then corrupted in the press, like Shakespeare's Italian? Shakespeare learnt his French from the wigmaker Mountjoy at whose house he lived from 1598—1604 (see Wallace, Shakespeare Jahrbuch 43. p. VIII) Marlow may have sought acquaintance with a Spaniard, a sailor, or perhaps a Maranno in some London haunt.