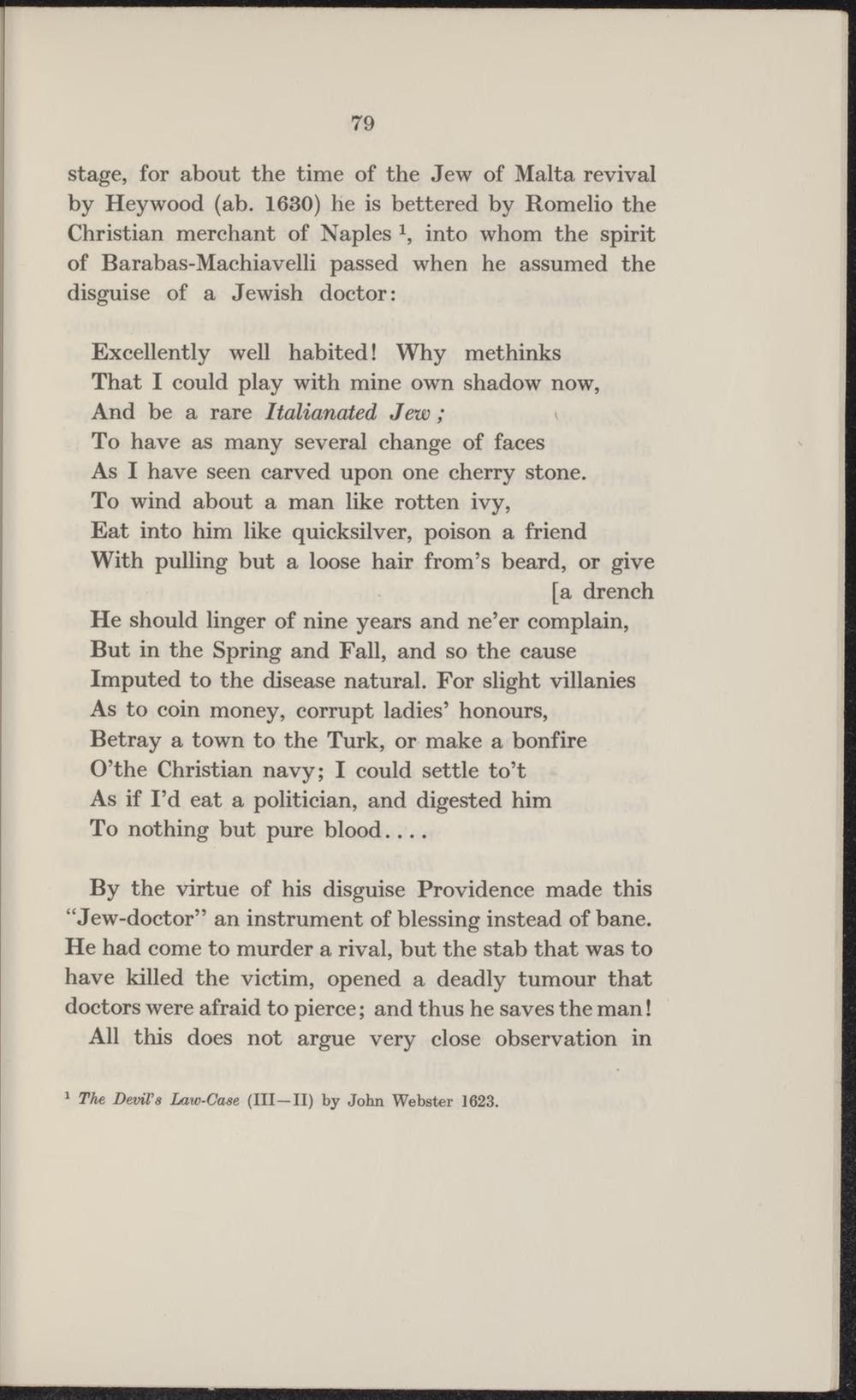 stage, for about the time of the Jew of Malta revival by Heywood (ab. 1630) he is bettered by Romelio the Christian merchant of Naples \ into whom the spirit of Barabas-Machiavelli passed when he assumed the disguise of a Jewish doctor:

Excellently well habited! Why methinks That I could play with mine own shadow now, And be a rare Italianated Jew; To have as many several change of faces As I have seen carved upon one cherry stone. To wind about a man like rotten ivy, Eat into him like quicksilver, poison a friend With pulling but a loose hair from's beard, or give

He should linger of nine years and ne'er complain, But in the Spring and Fall, and so the cause Imputed to the disease natural. For slight villanies As to coin money, corrupt ladies' honours, Betray a town to the Turk, or make a bonfire O'the Christian navy; I could settle to't As if I'd eat a politician, and digested him To nothing but pure blood....

By the virtue of his disguise Providence made this "Jew-doctor" an instrument of blessing instead of bane. He had come to murder a rival, but the stab that was to have killed the victim, opened a deadly tumour that doctors were af raid to pierce; and thus he saves the man!

All this does not argue very close observation in