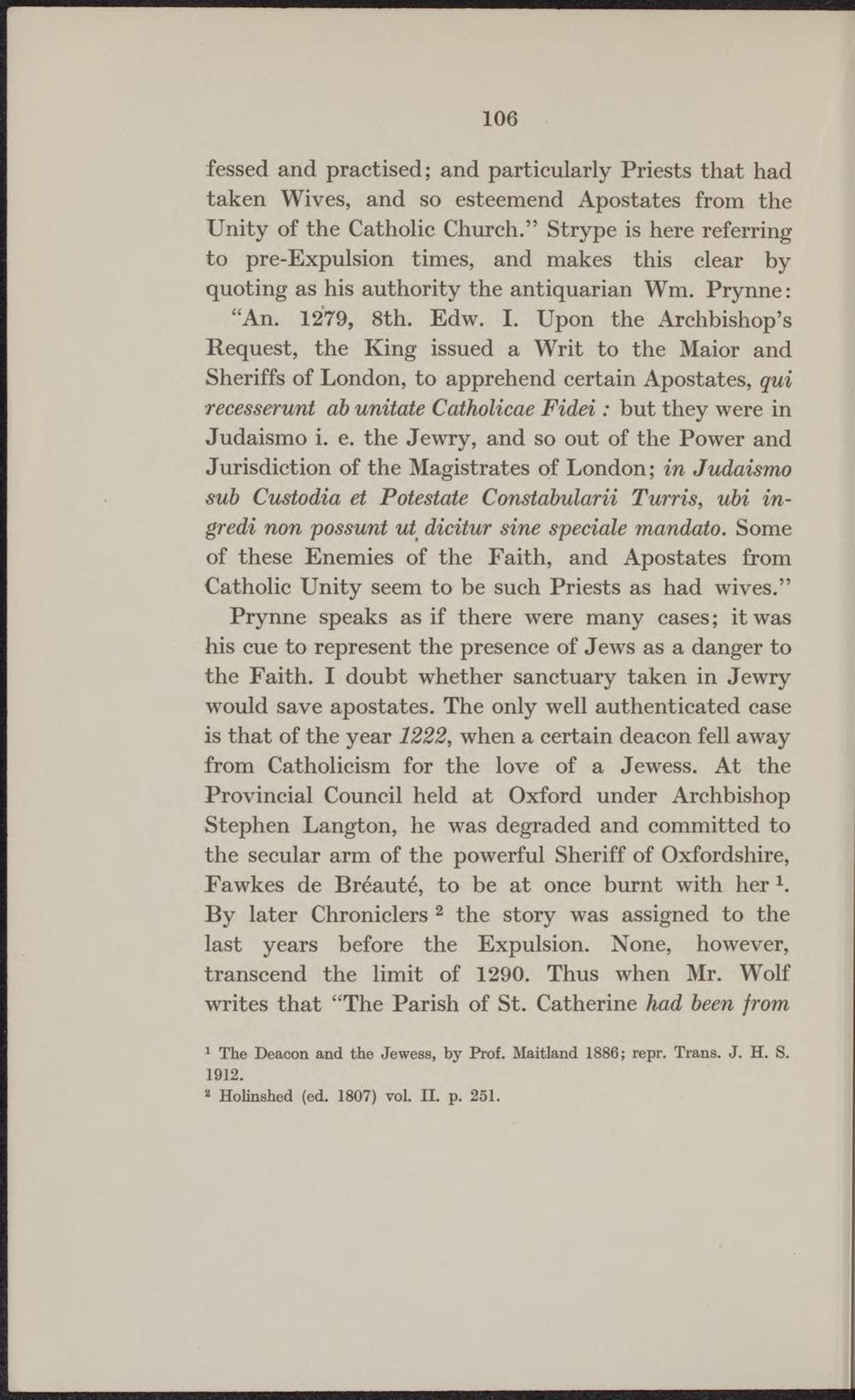 fessed and practised; and particularly Priests that had taken Wives, and so esteemend Apostates from the Unity of the Catholic Church." Strype is here referring to pre-Expulsion times, and makes this clear by quoting as his authority the antiquarian Wm. Prynne:

"An. 1279, 8th. Edw. L Upon the Archbishop's Request, the King issued a Writ to the Maior and Sheriffs of London, to apprehend certain Apostates, qui recesserunt ab unitate Catholicae Fidei : but they were in Judaismo i. e. the Jewry, and so out of the Power and Jurisdiction of the Magistrates of London; in Judaismo sub Custodia et Potestate Constabularii Turris, ubi ingredi non possunt utt dicitur sine speciale mandato. Some of these Enemies of the Faith, and Apostates from Catholic Unity seem to be such Priests as had wives."

Prynne speaks as if there were many cases; it was his cue to represent the presence of Jews as a danger to the Faith. I doubt whether sanctuary taken in Jewry would save apostates. The only well authenticated case is that of the year 1222, when a certain deacon feil away from Catholicism for the love of a Jewess. At the Provincial Council held at Oxford under Archbishop Stephen Langton, he was degraded and committed to the secular arm of the powerful Sheriff of Oxfordshire, Fawkes de Bréauté, to be at once burnt with her *. By later Chroniclers 2 the story was assigned to the last years before the Expulsion. None, however, transcend the limit of 1290. Thus when Mr. Wolf writes that "The Parish of St. Catherine had been from