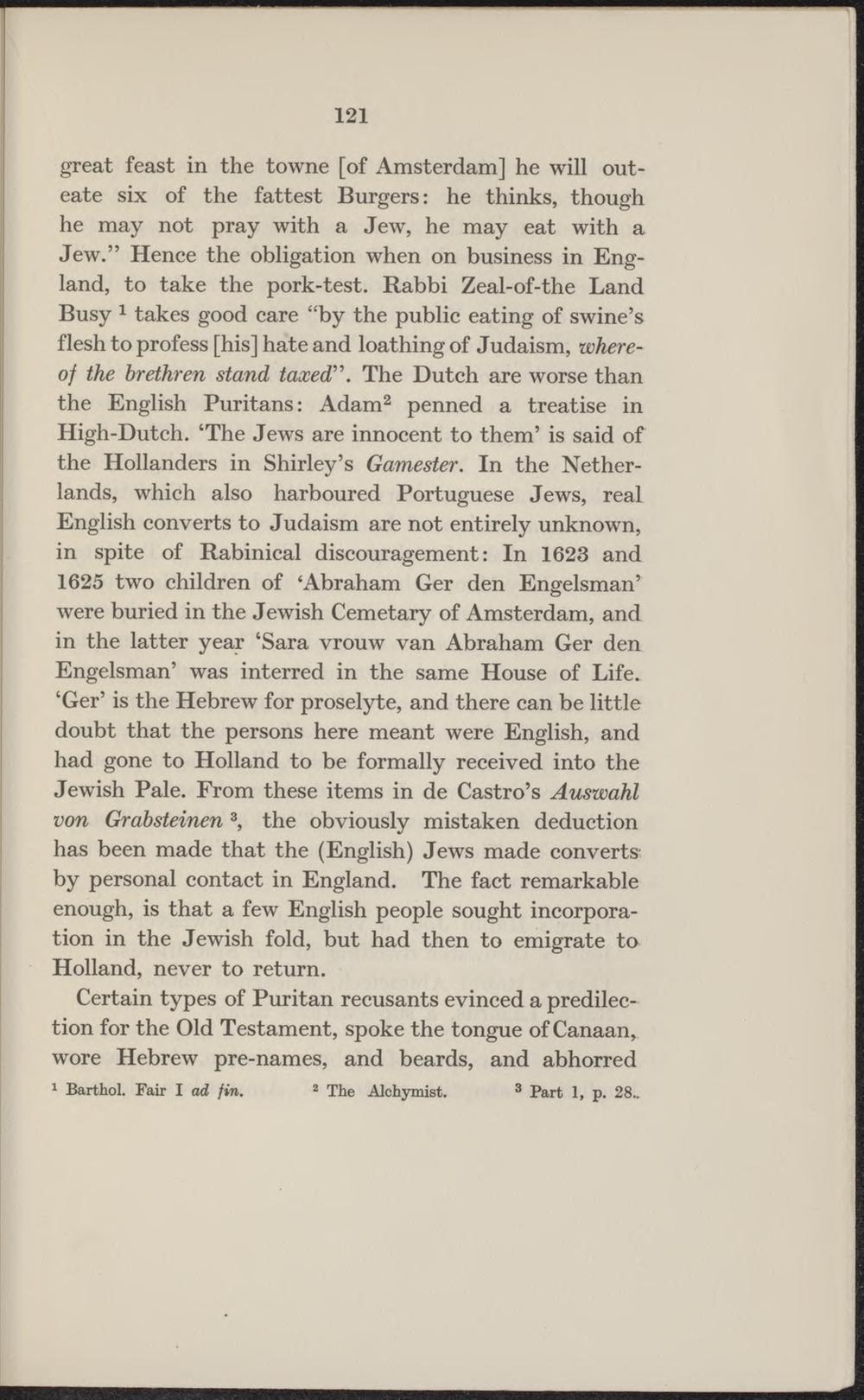 great feast in the towne [of Amsterdam] he will outeate six of the fattest Burgers: he thinks, though he may not pray with a Jew, he may eat with a Jew." Hence the obligation when on business in England, to take the pork-test. Rabbi Zeal-of-the Land Busy1 takes good care "by the public eating of swine's flesh to profess [his] hate and loathing of Judaism, whereof the brethren stand taxed". The Dutch are worse than the English Puritans: Adam2 penned a treatise in High-Dutch. 'The Jews are innocent to them' is said of the Hollanders in Shirley's Gamester. In the Netherlands, which also harboured Portuguese Jews, real English converts to Judaism are not ehtirely unknown, in spite of Rabinical discouragement: In 1623 and 1625 two children of 'Abraham Ger den Engelsman' were buried in the Jewish Cemetary of Amsterdam, and in the latter year 'Sara vrouw van Abraham Ger den Engelsman' was interred in the same House of Life. 'Ger' is the Hebrew for proselyte, and there can be little doubt that the persons here meant were English, and had gone to Holland to be formally received into the Jewish Pale. From these items in de Castro's Auswahl von Grabsteinen 8, the obviously mistaken deduction has been made that the (English) Jews made converts by personal contact in England. The fact remarkable enough, is that a few English people sought incorporation in the Jewish fold, but had then to emigrate to Holland, never to return.

Certain types of Puritan recusants evinced a predilection for the Old Testament, spoke the tongue of Canaan, wore Hebrew pre-names, and beards, and abhorred