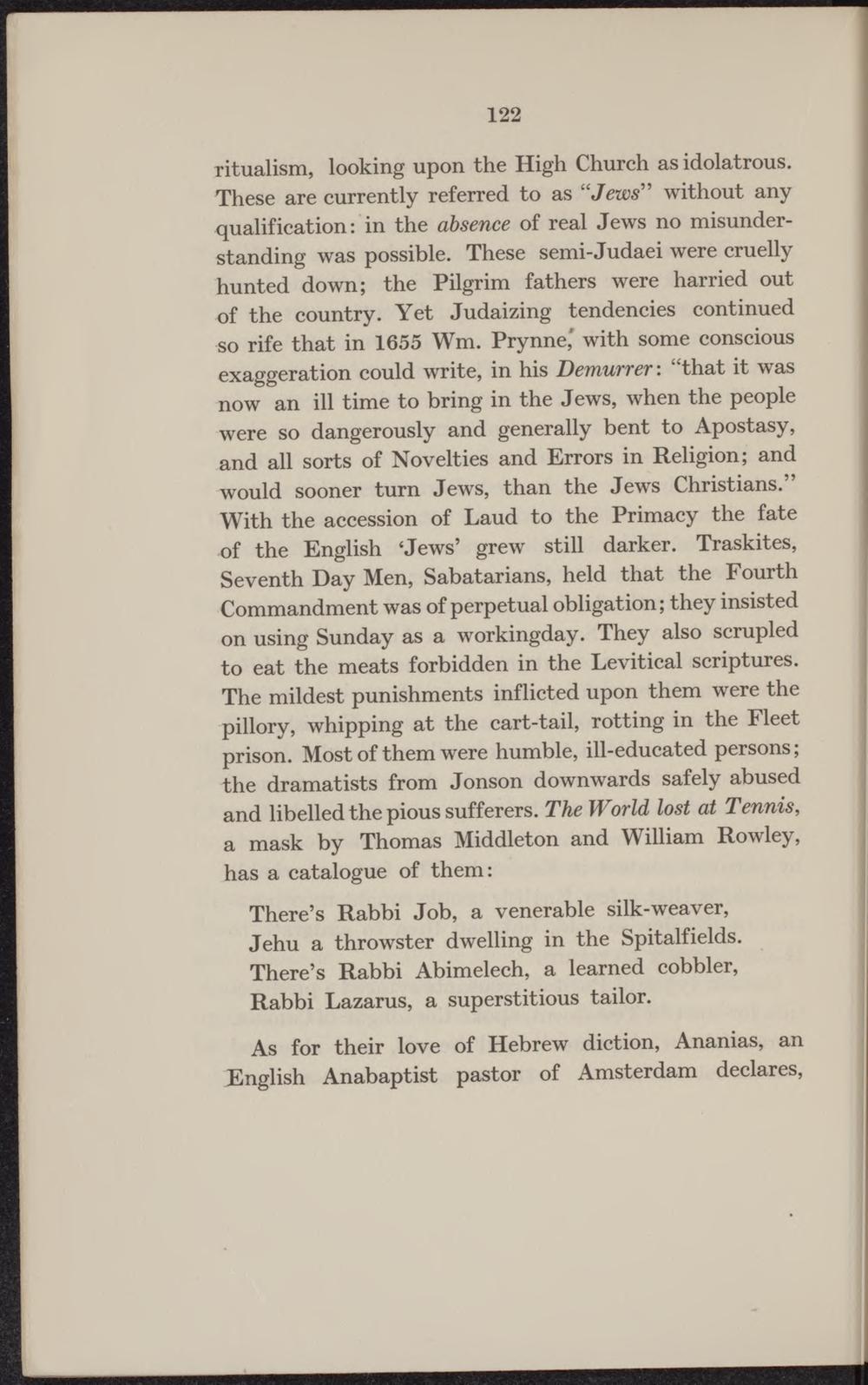 xitualism, looking upon the High Church as idolatrous. These are currently referred to as "Jews" without any qualification: in the absence of real Jews no misunderstanding was possible. These semi-Judaei were cruelly hunted down; the Pilgrim fathers were harried out of the country. Yet Judaizing tendencies continued so rife that in 1655 Wm. Prynne,' with some conscious exaggeration could write, in his Demurrer: "that it was now an ill time to bring in the Jews, when the people were so dangerously and generally bent to Apostasy, And all sorts of Novelties and Errors in Religion; and -would sooner turn Jews, than the Jews Christians." With the accession of Laud to the Primacy the fate of the English 'Jews' grew still darker. Traskites, Seventh Day Men, Sabatarians, held that the Fourth Commandment was of perpetual obligation; they insisted on using Sunday as a workingday. They also scrupled to eat the meats forbidden in the Levitical scriptures. The mildest punishments inflicted upon them were the ^pülory, whipping at the cart-tail, rotting in the Fleet prison. Most of them were humble, ill-educated persons; the dramatists from Jonson downwards safely abused and libelled the pious sufferers. The World hst at Tennis, a mask by Thomas Middleton and William Rowley, has a catalogue of them:

As for their love of Hebrew diction, Ananias, an English Anabaptist pastor of Amsterdam declares,