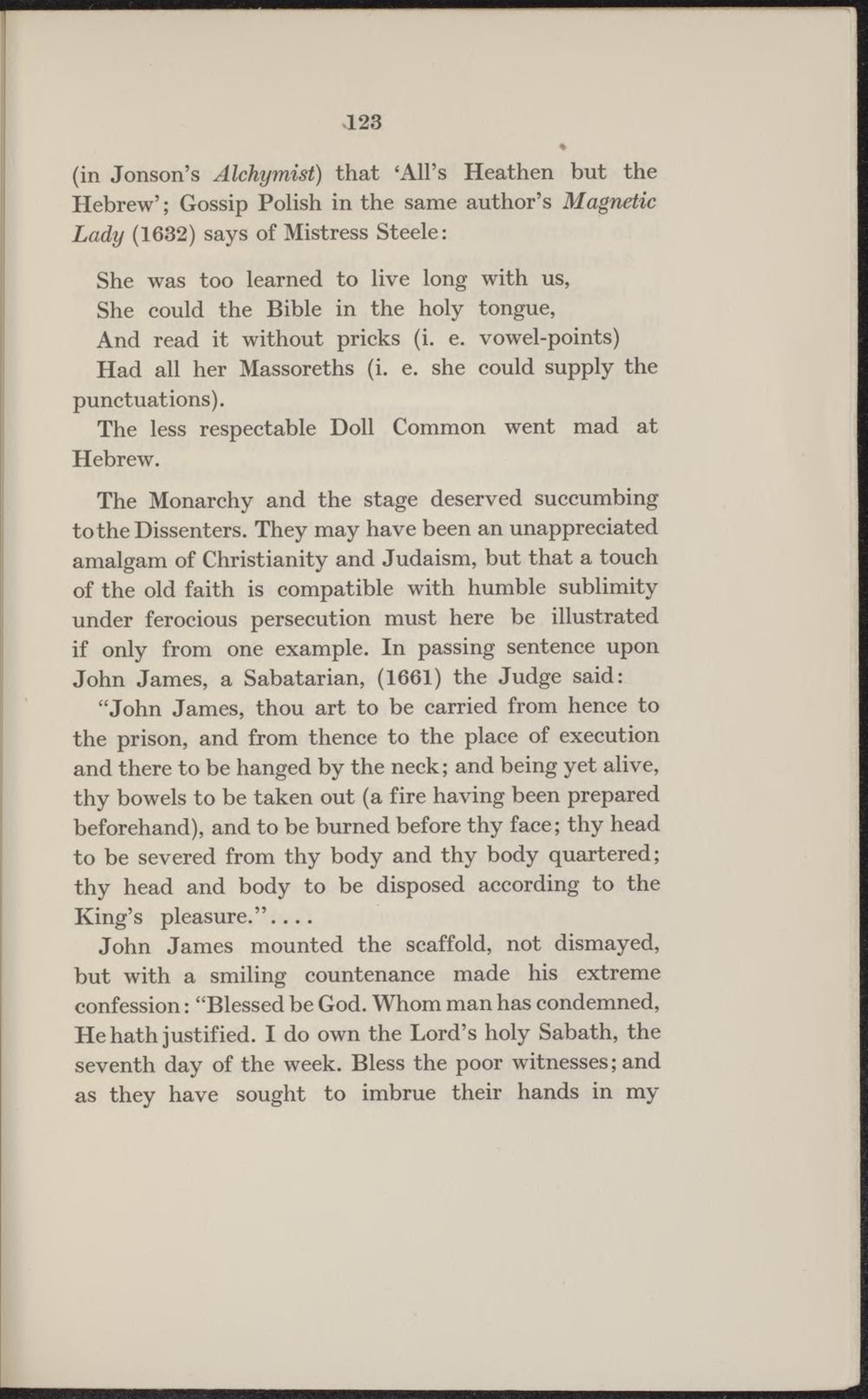 (in Jonson's Alchymist) that 'All's Heathen but the Hebrew'; Gossip Polish in the same author's Magnetic Lady (1632) says of Mistress Steele:

She was too learned to live long with us, She could the Bible in the holy tongue, And read it without pricks (i. e. vowel-points) Had all her Massoreths (i. e. she could supply the

The Monarchy and the stage deserved succumbing to the Dissenters. They may have been an unappreciated amalgam of Christianity and Judaism, but that a touch of the old faith is compatible with humble sublimity under ferocious persecution must here be illustrated if only from one example. In passing sentence upon John James, a Sabatarian, (1661) the Judge said:

"John James, thou art to be carried from hence to the prison, and from thence to the place of execution and there to be hanged by the neck; and being yet alive, thy bowels to be taken out (a fire having been prepared beforehand), and to be burned before thy face; thy head to be severed from thy body and thy body quartered; thy head and body to be disposed according to the King's pleasure."....

John James mounted the scaffold, not dismayed, but with a smiling countenance made his extreme confession: "Blessed be God. Whom man has condemned, Hehathjustified. I do own the Lord's holy Sabath, the seventh day of the week. Bless the poor witnesses; and as they have sought to imbrue their hands in my