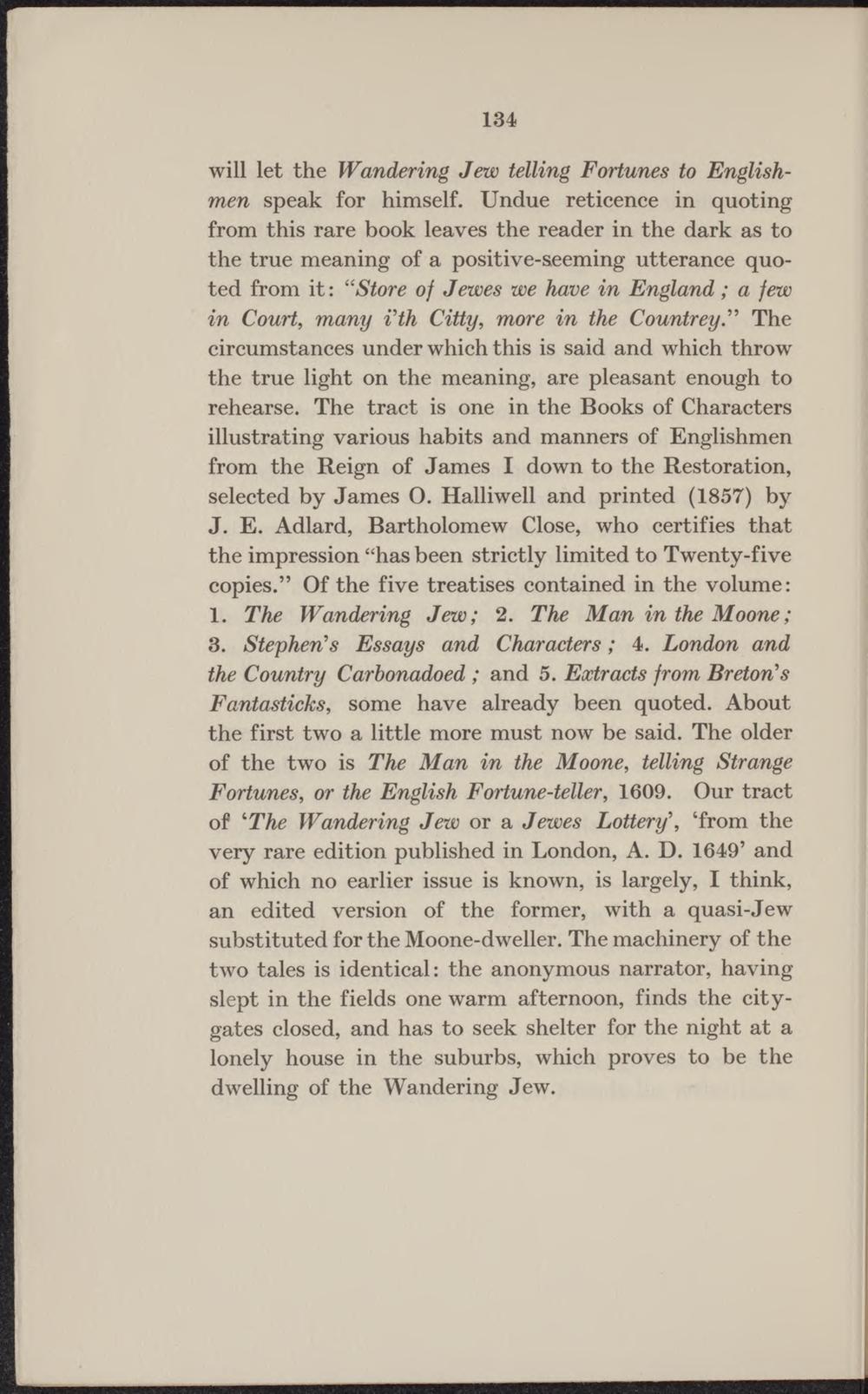 will let the Wandering Jew telling Fortunes to Englishmen speak for himself. Undue reticence in quoting from this rare book leaves the reader in the dark as to the true meaning of a positive-seeming utterance quoted from it: "Store of Jewes we have in England; a few in Court, many Vth Citty, more in the CountreyT The circumstances under which this is said and which throw the true light on the meaning, are pleasant enough to rehearse. The tract is one in the Books of Characters illustrating various habits and manners of Englishmen from the Reign of James I down to the Restoration, selected by James O. Halliwell and printed (1857) by J. E. Adlard, Bartholomew Close, who certifies that the impression "has been strictly limited to Twenty-five copies." Of the five treatises contained in the volume: 1. The Wandering Jew; 2. The Man in the Moone; 3. Stephen's Essays and Characters; 4. London and the Country Carbonadoed ; and 5. Extracts from Breton1 s Fantasticks, some have already been quoted. About the first two a little more must now be said. The older of the two is The Man in the Moone, telling Strange Fortunes, or the English Fortune-teller, 1609. Our tract of 'The Wandering Jew or a Jewes Lottery\ 'from the very rare edition published in London, A. D. 1649' and of which no earlier issue is known, is largely, I think, an edited version of the former, with a quasi-Jew substituted for the Moone-dweller. The machinery of the two tales is identical: the anonymous narrator, having slept in the fields one warm afternoon, finds the citygates closed, and has to seek shelter for the night at a lonely house in the suburbs, which proves to be the dweiling of the Wandering Jew.