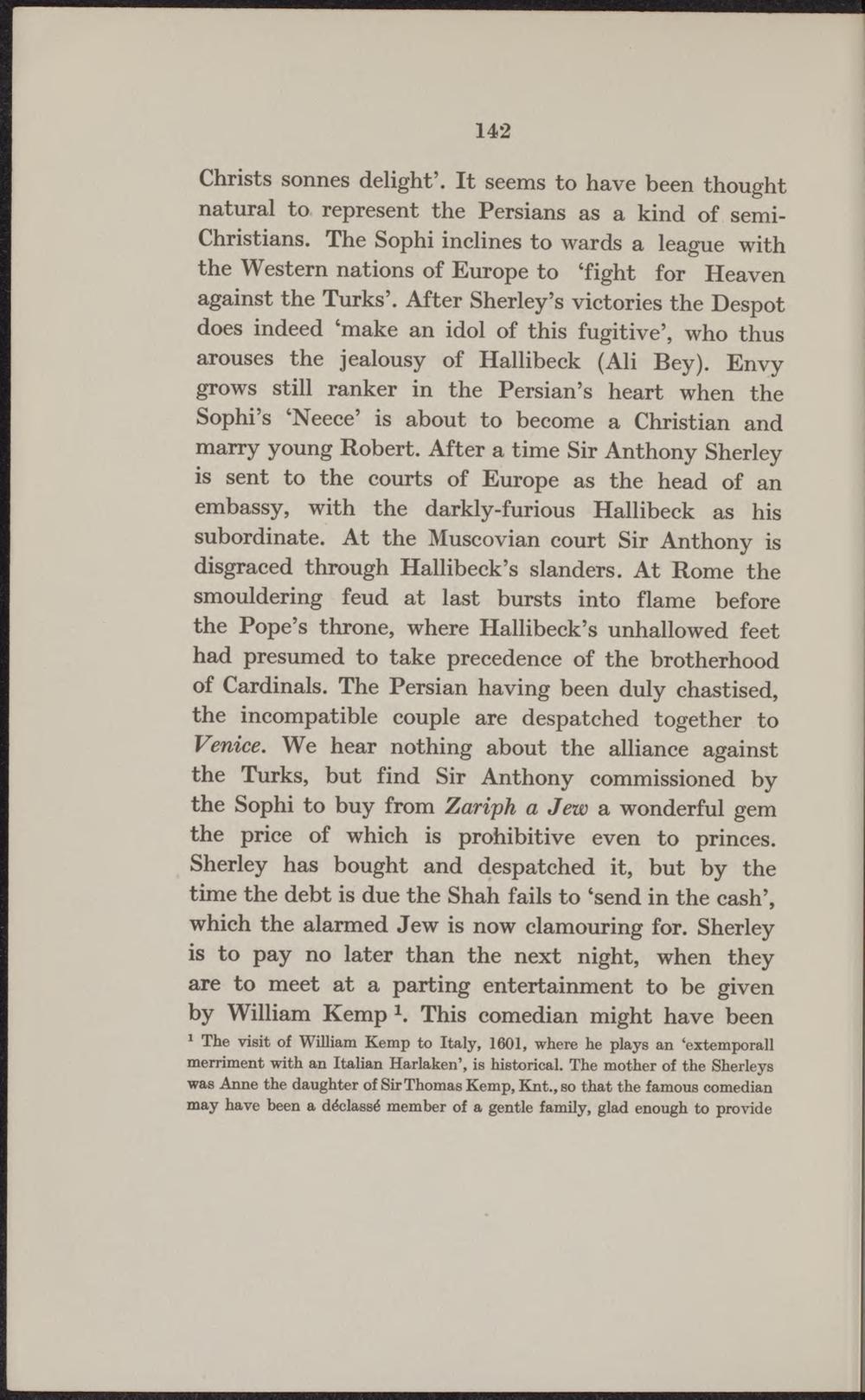 Christs sonnes delight'. It seems to have been thought natural to represent the Persians as a kind of semiChristians. The Sophi inclines to wards a league with the Western nations of Europe to 'fight for Heaven against the Turks'. After Sherley's victories the Despot does indeed 'make an idol of this fugitive', who thus arouses the jealousy of Hallibeck (Ali Bey). Enyy grows still ranker in the Persian's heart when the Sophi's 'Neece' is about to become a Christian and marry young Robert. After a time Sir Anthony Sherley is sent to the courts of Europe as the head of an embassy, with the darkly-furious Hallibeck as his subordinate. At the Muscovian court Sir Anthony is disgraced through Hallibeck's slanders. At Rome the smouldering feud at last bursts into flame before the Pope's throne, where Hallibeck's unhallowed feet had presumed to take precedence of the brotherhood of Cardinals. The Persian having been duly chastised, the incompatible couple are despatched together to Venice. We hear nothing about the alliance against the Turks, but find Sir Anthony commissioned by the Sophi to buy from Zariph a Jew a wonderful gem the price of which is prohibitive even to princes. Sherley has bought and despatched it, but by the time the debt is due the Shah fails to 'send in the cash', which the alarmed Jew is now clamouring for. Sherley is to pay no later than the next night, when they are to meet at a parting entertainment to be given by William Kemp h This comedian might have been

1 The visit of William Kemp to Italy, 1601, where he plays an 'extemporall merriment with an Italian Harlaken', is historical. The mother of the Sherleys was Anne the daughter of Sir Thomas Kemp, Knt.,so that the famous comedian may have been a déclassé member of a gentle family, glad enough to provide