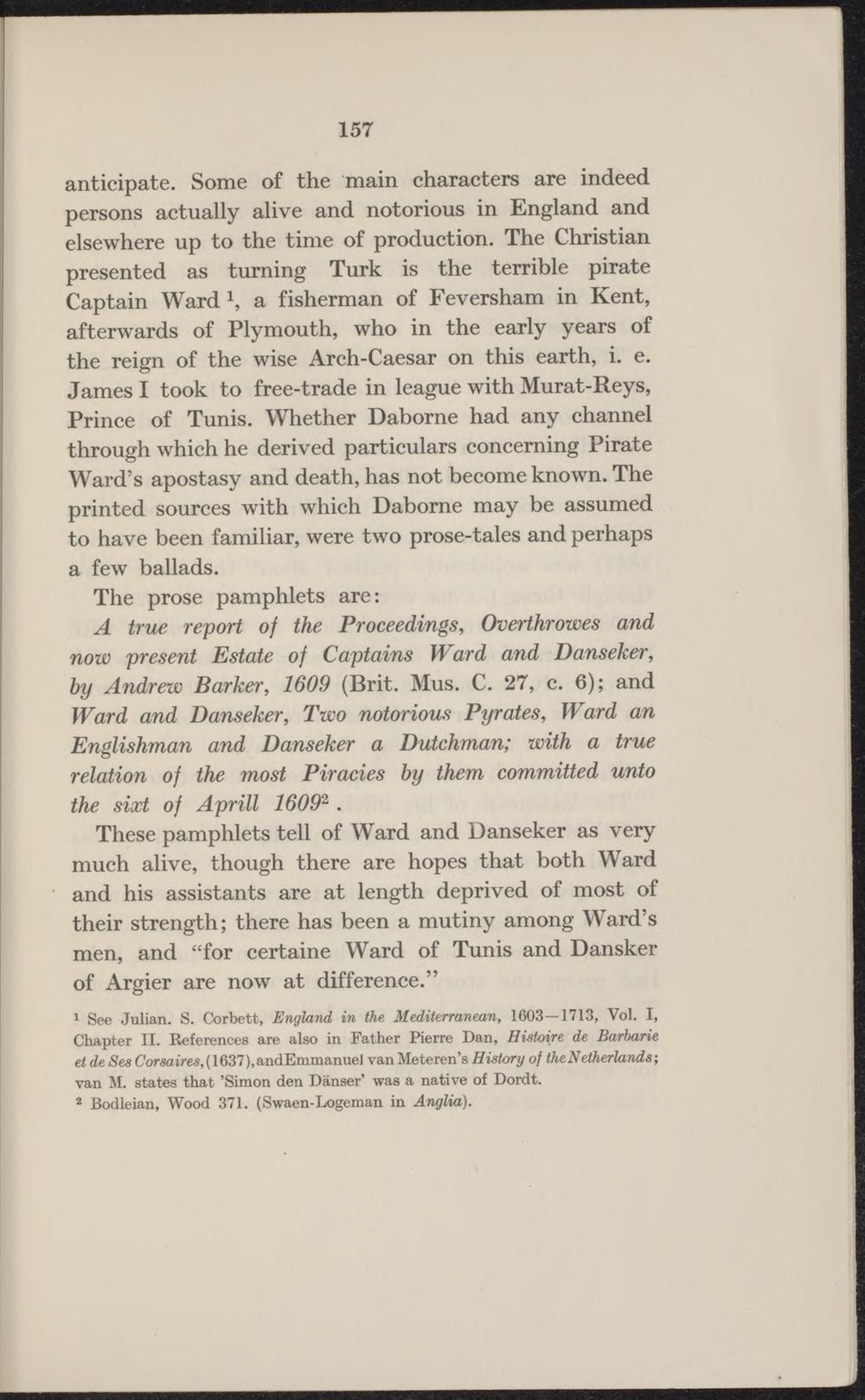 anticipate. Some of the main characters are indeed persons actually alive and notorious in England and elsewhere up to the time of production. The Christian presented as turning Turk is the terrible pirate Captain Ward1, a fisherman of Feversham in Kent, afterwards of Plymouth, who in the early years of the reign of the wise Arch-Caesar on this earth, i. e. James I took to free-trade in league with Murat-Reys, Prince of Tunis. Whether Daborne had any channel through which he derived particulars concerning Pirate Ward's apostasy and death, has not become known. The printed sources with which Daborne may be assumed to have been familiar, were two prose-tales and perhaps a few ballads.

The prose pamphlets are:

A true report of the Proceedings, Overthrowes and now present Estate of Captains Ward and Danseker, by Andrew Barker, 1609 (Brit. Mus. C. 27, c. 6); and Ward and Danseker, Two notorious Pyrates, Ward an Englishman and Danseker a Dutchman; with a true relation of the most Piracies by them committed unto the sicet of Aprill 16092.

These pamphlets teil of Ward and Danseker as very much alive, though there are hopes that both Ward and his assistants are at length deprived of most of their strength; there has been a mutiny among Ward's men, and "for certaine Ward of Tunis and Dansker of Argier are now at difference."