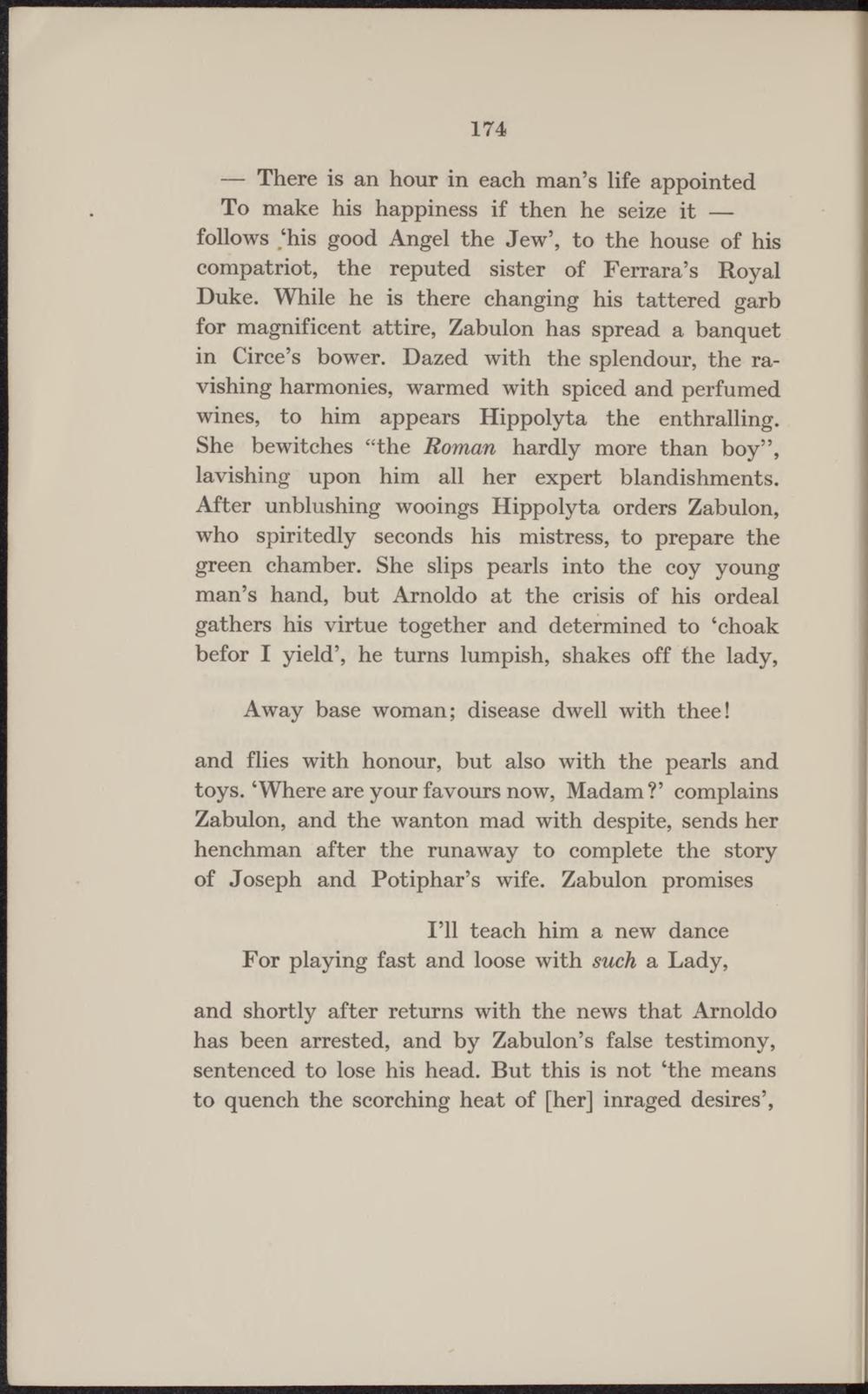 — There is an hour in each man's life appointed To make his happiness if then he seize it — follows .'his good Angel the Jew', to the house of his compatriot, the reputed sister of Ferrara's Royal Duke. While he is there changing his tattered garb for magnificent attire, Zabulon has spread a banquet in Circe's bower. Dazed with the splendour, the ravishing harmonies, warmed with spiced and perfumed wines, to him appears Hippolyta the enthralling. She bewitches "the Roman hardly more than boy", lavishing upon him all her expert blandishments. After unblushing wooings Hippolyta orders Zabulon, who spiritedly seconds his mistress, to prepare the green chamber. She slips pearls into the coy young man's hand, but Arnoldo at the crisis of his ordeal gathers his virtue together and determined to 'choak befor I yield', he turns lumpish, shakes off the lady,

Away base woman; disease dweil with thee!

and flies with honour, but also with the pearls and toys. 'Where are your favours now, Madam ?' complains Zabulon, and the wanton mad with despite, sends her henchman after the runaway to complete the story of Joseph and Potiphar's wife. Zabulon promises

I'll teach him a new dance For playing fast and loose with such a Lady,

and shortly after returns with the news that Arnoldo has been arrested, and by Zabulon's false testimony, sentenced to lose his head. But this is not 'the means to quench the scorching heat of [her] inraged desires',