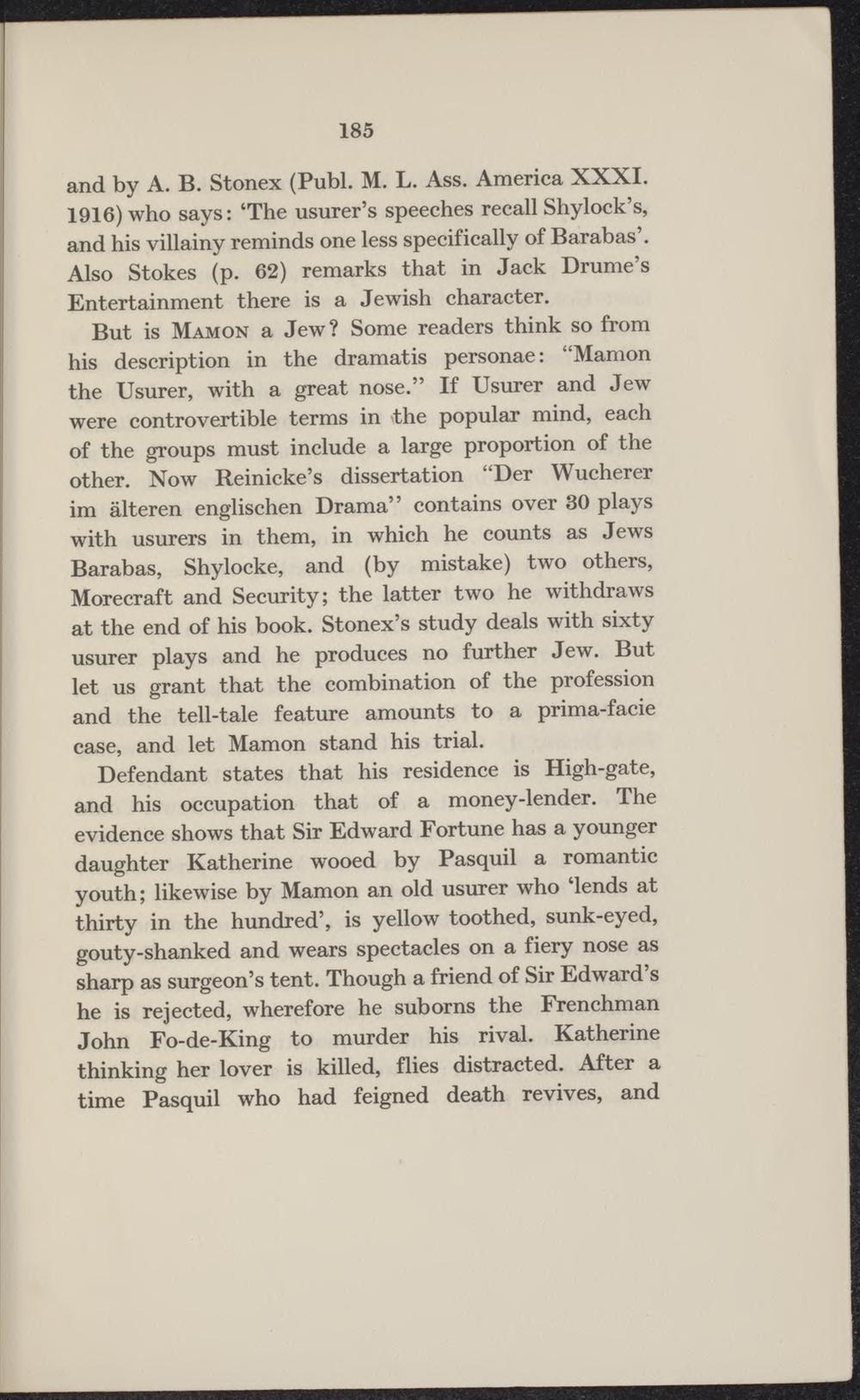 and by A. B. Stonex (Publ. M. L. Ass. America XXXI. 1916) who says: 'The usurer's speeches recall Shylock's, and his villainy reminds one less specifically of Barabas'. Also Stokes (p. 62) remarks that in Jack Drume's Entertainment there is a Jewish character.

But is Mamon a Jew? Some readers think so from his description in the dramatis personae: "Mamon the Usurer, with a great nose." If Usurer and Jew were controvertible terms in \the popular mind, each of the groups must include a large proportion of the other. Now Reinicke's dissertation "Der Wucherer im alteren englischen Drama" contains over 30 plays with usurers in them, in which he counts as Jews Barabas, Shylocke, and (by mistake) two others, Morecraft and Security; the latter two he withdraws at the end of his book. Stonex's study deals with sixty usurer plays and he produces no further Jew. But let us grant that the combinatkm of the profession and the tell-tale feature amounts to a prima-facie case, and let Mamon stand his trial.

Defendant states that his residence is High-gate, and his occupation that of a money-lender. The evidence shows that Sir Edward Fortune has a younger daughter Katherine wooed by Pasquil a romantic youth; likewise by Mamon an old usurer who 'lends at thirty in the hundred', is yellow toothed, sunk-eyed, gouty-shanked and wears spectacles on a fiery nose as sharp as surgeon's tent. Though a friend of Sir Edward's he is rejected, wherefore he suborns the Frenchman John Fo-de-King to murder his rival. Katherine thinking her lover is killed, flies distracted. After a time Pasquil who had feigned death revives, and