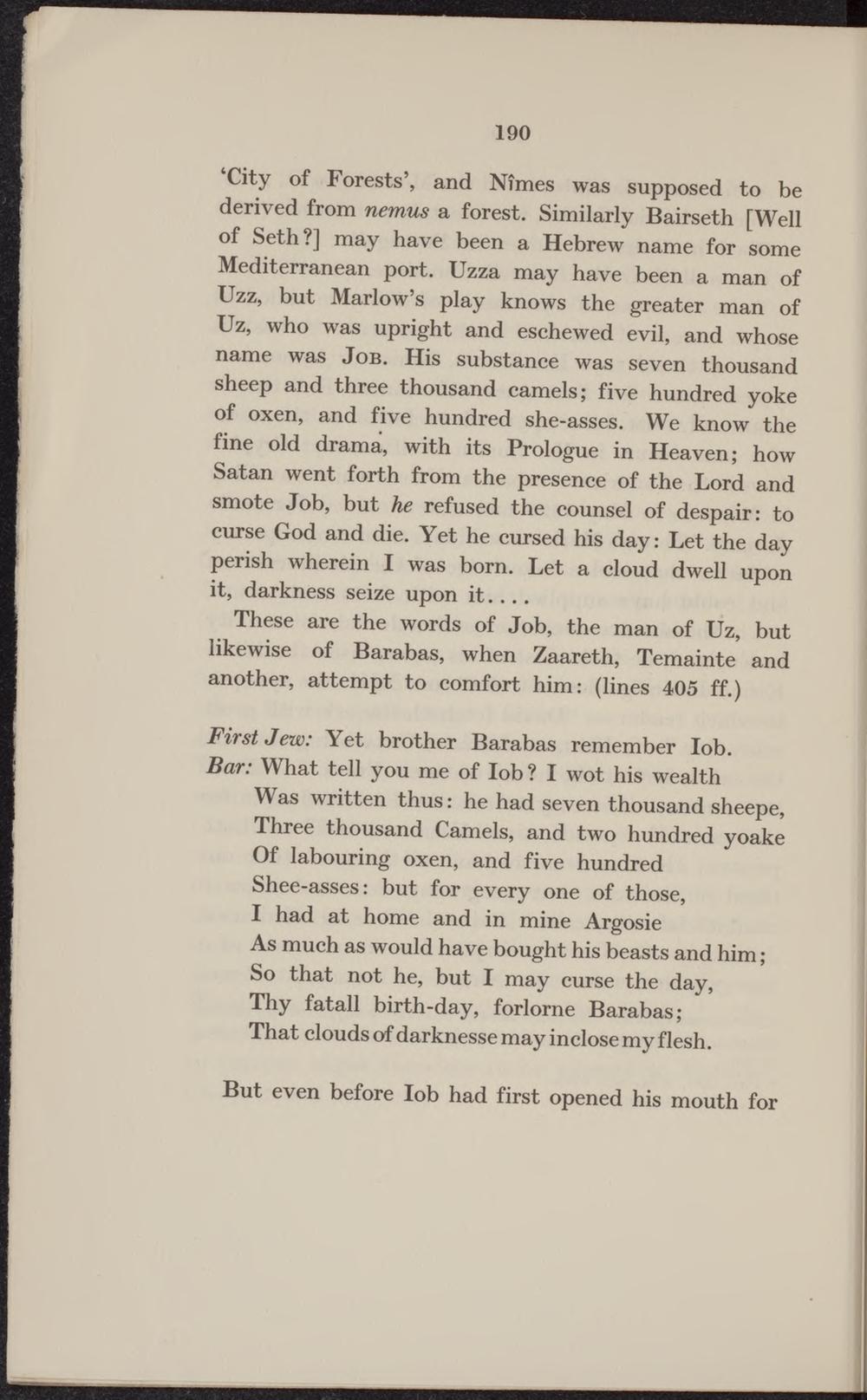 'City of Forests', and Nïmes was supposed to be derived from nemus a forest. Similarly Bairseth [Well of Seth?] may have been a Hebrew name for some Mediterranean port. Uzza may have been a man of Uzz, but Marlow's play knows the greater man of Uz, who was upright and eschewed evil, and whose name was Job. His substance was seven thousand sheep and three thousand camels; five hundred yoke of oxen, and five hundred she-asses. We know the fine old drama, with its Prologue in Heaven; how Satan went forth from the presence of the Lord and smote Job, but he refused the counsel of despair: to curse God and die. Yet he cursed his day: Let the day perish wherein I was born. Let a cloud dweil upon

it, darkness seize upon it

These are the words of Job, the man of Uz, but likewise of Barabas, when Zaareth, Temainte' and another, attempt to comfort him: (lines 405 ff.)

Bar: What teil you me of lob? I wot his wealth

Was written thus: he had seven thousand sheepe, Three thousand Camels, and two hundred yoake Of labouring oxen, and five hundred Shee-asses: but for every one of those, I had at home and in mine Argosie As much as would have bought his beasts and him ; So that not he, but I may curse the day, Thy fatall birth-day, forlorne Barabas; That clouds of darknesse may inclose my flesh.

But even before lob had first opened his mouth for