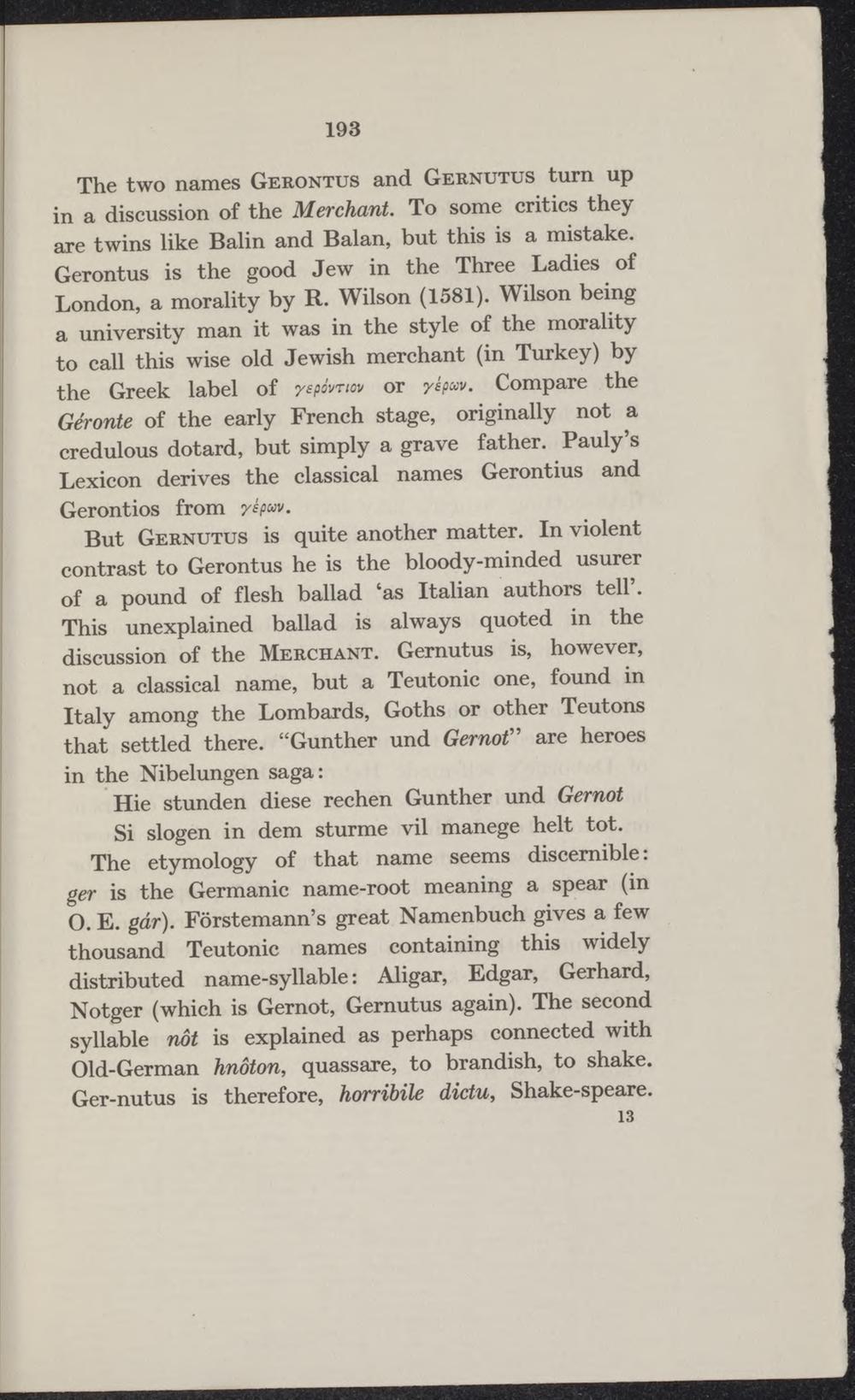 The two names Gerontus and Gernutus turn up in a discussion of the Merchant. To some critics they are twins like Balin and Balan, but this is a mistake. Gerontus is the good Jew in the Three Ladies of London, a morality by R. Wilson (1581). Wilson being a university man it was in the style of the morality to call this wise old Jewish merchant (in Turkey) by the Greek label of yepémiov or yhm. Compare the Géronte of the early French stage, originaUy not a credulous dotard, but simply a grave father. Pauly's Lexicon derives the classical names Gerontius and Gerontios from yépuv.

But Gernutus is quite another matter. In violent contrast to Gerontus he is the bloody-minded usurer of a pound of flesh ballad 'as Italian authors teil'. This unexplained ballad is always quoted in the discussion of the Merchant. Gernutus is, however, not a classical name, but a Teutonic one, found in Italy among the Lombards, Goths or other Teutons that settled there. ''Gunther und Gemor are heroes in the Nibelungen saga: