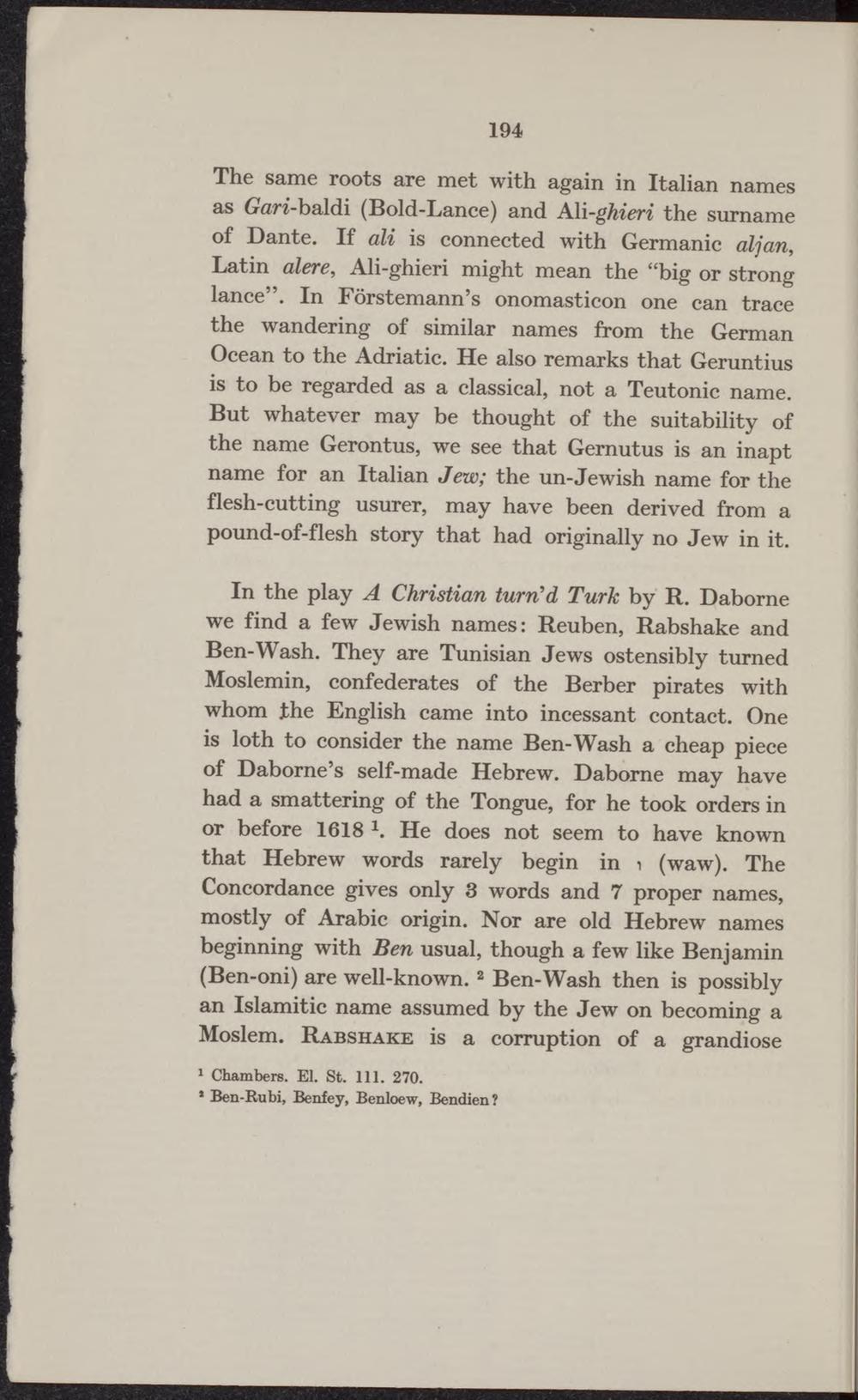 The same roots are met with again in Italian names as Gan-baldi (Bold-Lance) and Ali-ghieri the surname of Dante. If ali is connected with Germanic aljan, Latin alere, Ali-ghieri might mean the "big or strong lance". In Förstemann's onomasticon one can tracé the wandering of similar names from the German Ocean to the Adriatic. He also remarks that Geruntius is to be regarded as a classical, not a Teutonic name. But whatever may be thought of the suitability of the name Gerontus, we see that Gernutus is an inapt name for an Italian Jew; the un-Jewish name for the flesh-cutting usurer, may have been derived from a pound-of-flesh story that had originally no Jew in it.

In the play A Christian turn'd Turk by R. Daborne we find a few Jewish names: Reuben, Rabshake and Ben-Wash. They are Tunisian Jews ostensibly turned Moslemin, confederates of the Berber pirates with whom Jthe English came into incessant contact. One is loth to consider the name Ben-Wash a cheap piece of Daborne's self-made Hebrew. Daborne may have had a smattering of the Tongue, for he took orders in or before 1618 | He does not seem to have known that Hebrew words rarely begin in i (waw). The Concordance gives only 8 words and 7 proper names, mostly of Arabic origin. Nor are old Hebrew names beginning with Ben usual, though a few like Benjamin (Ben-oni) are well-known.» Ben-Wash then is possibly an Islamitic name assumed by the Jew on becoming a Moslem. Rabshake is a corruption of a grandiose