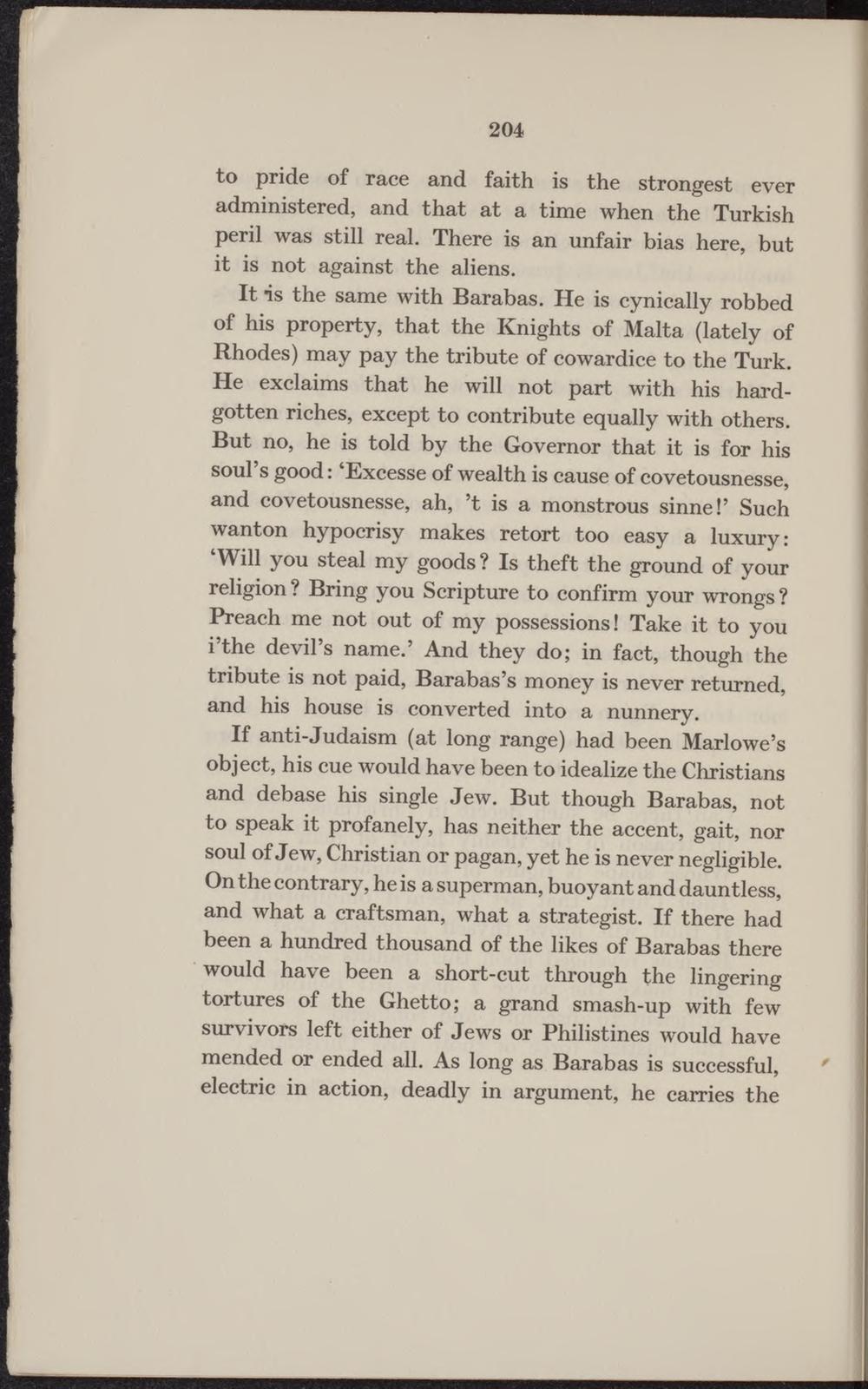 to pride of race and faith is the strongest ever administered, and that at a time when the Turkish peril was still real. There is an unfair bias here, but it is not against the aliens.

It "is the same with Barabas. He is cynically robbed of his property, that the Knights of Malta (lately of Rhodes) may pay the tribute of cowardice to the Turk. He exclaims that he will not part with his hardgotten riehes, except to contribute equally with others. But no, he is told by the Governor that it is for his soui's good: 'Excesse of wealth is cause of covetousnesse, and covetousnesse, ah, 't is a monstrous sinne!' Such wanton hypocrisy makes retort too easy a luxury: 'Will you steal my goods? Is theft the ground of your religion? Bring you Scripture to confirm your wrongs? Preach me not out of my possessions! Take it to you i'the devil's name.' And they do; in fact, though the tribute is not paid, Barabas's money is never returned, and his house is converted into a nunnery.

If anti-Judaism (at long range) had been Marlowe's object, his cue would have been to idealize the Christians and debase his single Jew. But though Barabas, not to speak it profanely, has neither the accent, gait, nor soul of Jew, Christian or pagan, yet he is never negligible. On the contrary, he is a superman, buoyant and dauntless, and what a craftsman, what a strategist. If there had been a hundred thousand of the likes of Barabas there would have been a short-cut through the lingering tortures of the Ghetto; a grand smash-up with few survivors left either of Jews or Philistines would have mended or ended all. As long as Barabas is successful, electric in action, deadly in argument, he carries the