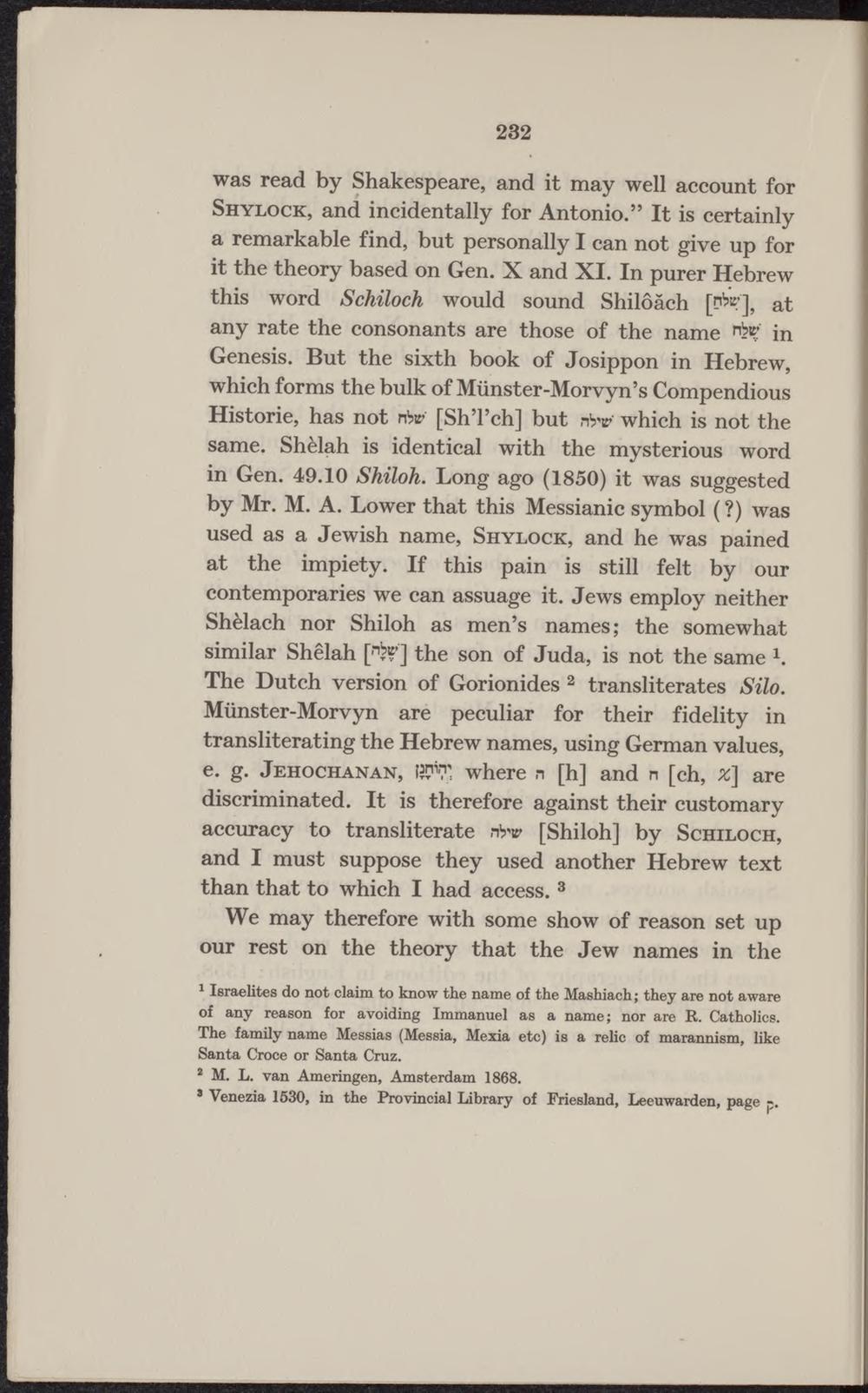 was read by Shakespeare, and it may well account for Shylock, and incidentally for Antonio." It is certainly a remarkable find, but personally I can not give up for it the theory based on Gen. X and XI. In purer Hebrew this word Schiloch would sound Shilóach pk?'], at any rate the consonants are those of the name in Genesis. But the sixth book of Josippon in Hebrew, which forms the bulk of Münster-Morvyn's Compendious Historie, has not rbv [ShTch] but ftfe* which is not the same. Shèlah is identical with the mysterious word in Gen. 49.10 Shiloh. Long ago (1850) it was suggested by Mr. M. A. Lower that this Messianic symbol (?) was used as a Jewish name, Shylock, and he was pained at the impiety. If this pain is still feit by our contemporaries we can assuage it. Jews employ neither Shèlach nor Shiloh as men's names; the somewhat similar Shêlah ["*?] the son of Juda, is not the same % The Dutch version of Gorionides 2 transliterates Silo. Münster-Morvyn are peculiar for their fidelity in transliterating the Hebrew names, using German values, e. g. Jehochanan, where n [h] and n [ch, x] are discriminated. It is therefore against their eustomary accuracy to transliterate rbv [Shiloh] by Schiloch, and I must suppose they used another Hebrew text than that to which I had access. 8

1 Israelites do not claim to know the name of the Mashiach; they are not aware of any reason for avoiding Immanuel as a name; nor are R. Catholics. The family name Messias (Messia, Mexia etc) is a reMc of marannism, like Santa Croce or Santa Cruz. 'ml. van Ameringen, Amsterdam 1868.

* Venezia 1630, in the Provincial Library of Friesland, Leeuwarden, page p.