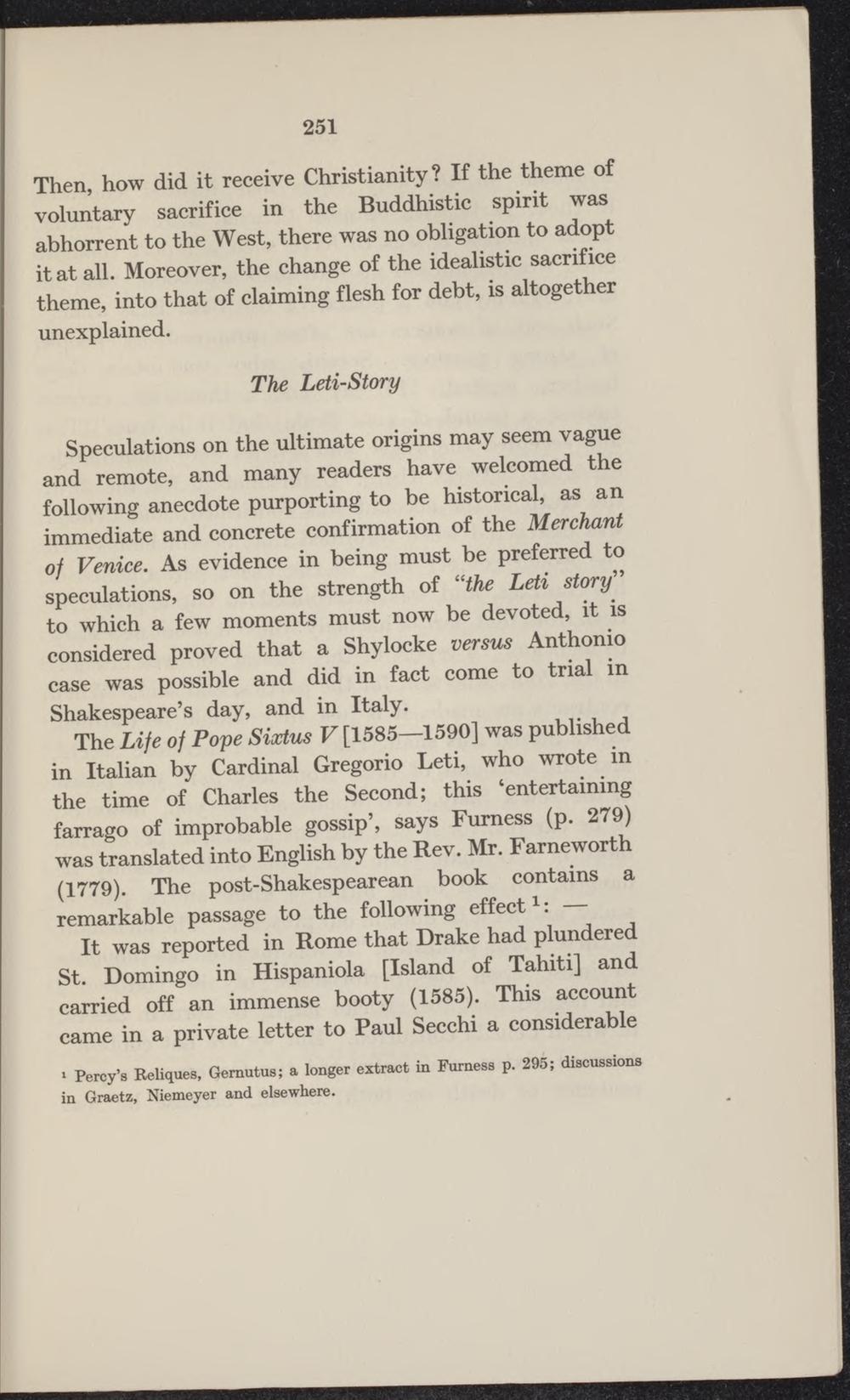 Then how did it receive Christianity? If the theme of voluntary sacrifice in the Buddhistic spirit was abhorrent to the West, there was no obligation to adopt itat all. Moreover, the change of the idealistic sacrifice theme, into that of claiming flesh for debt, is altogether unexplained.

Speculations on the ultimate origins may seem vague and remote, and many readers have welcomed the following anecdote purporting to be historical, as an immediate and concrete confirmation of the Merchant of Venice. As evidence in being must be preferred to speculations, so on the strength of "the Leti story to which a few moments must now be devoted, it is considered proved that a Shylocke versus Anthc-nio case was possible and did in fact come to trial in Shakespeare's day, and in Italy.

The Life of Pope Sixtus V [1585—1590] was published in Italian by Cardinal Gregorio Leti, who wrote m the time of Charles the Second; this 'entertaming farrago of improbable gossip', says Furness (p. 279) was translated into English by the Rev. Mr. Farneworth (1779). The post-Shakespearean book contains a remarkable passage to the following effect1: —

It was reported in Rome that Drake had plundered St Domingo in Hispaniola [Island of Tahiti] and carried off an immense booty (1585). This account came in a private letter to Paul Secchi a considerable