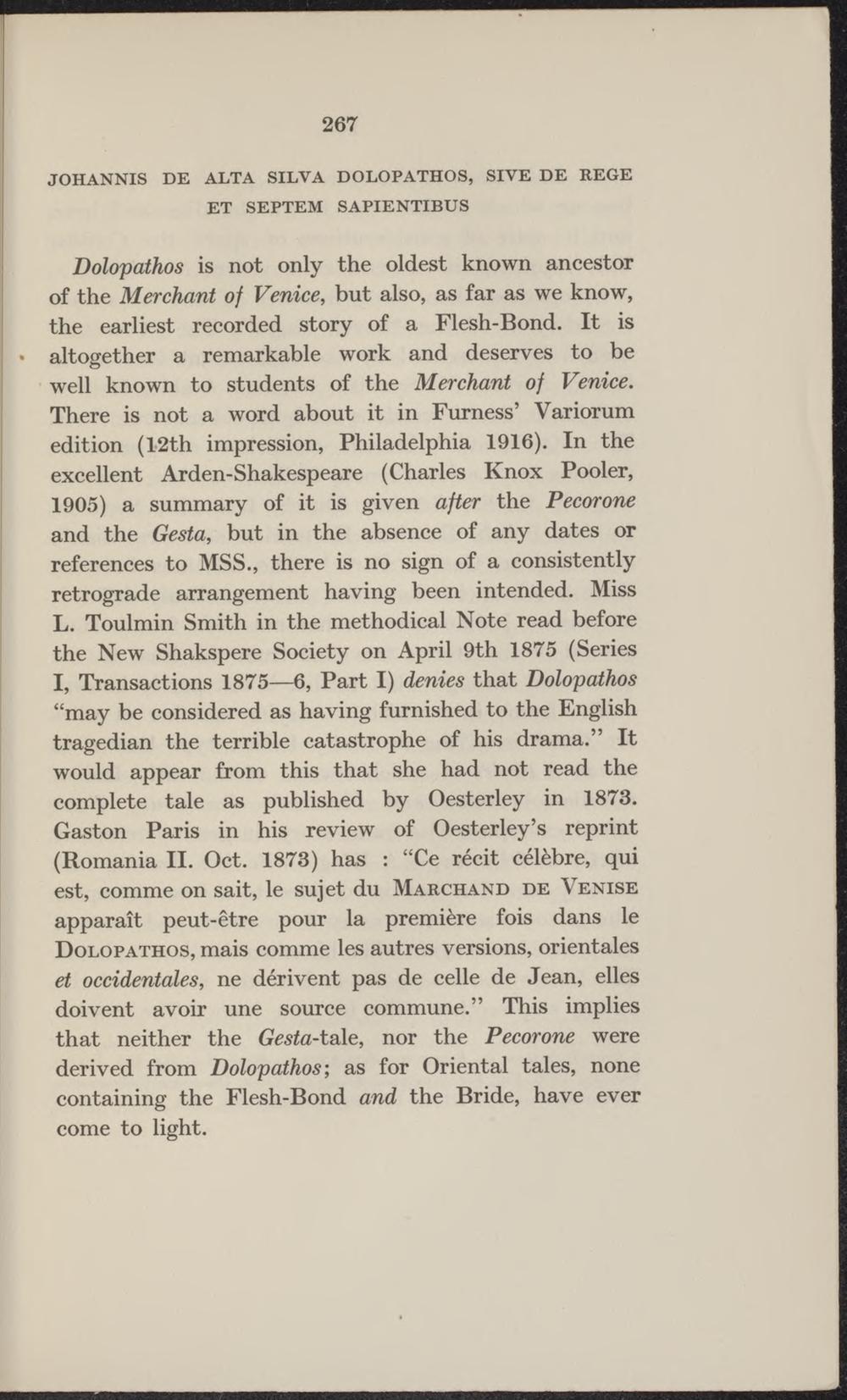 Dolopathos is not only the oldest known ancestor of the Merchant of Venice, but also, as far as we know, the earliest recorded story of a Flesh-Bond. It is altogether a remarkable work and deserves to be well known to students of the Merchant of Venice. There is not a word about it in Furness' Variorum edition (12th impression, Philadelphia 1916). In the excellent Arden-Shakespeare (Charles Knox Pooler, 1905) a summary of it is given after the Pecorone and the Gesta, but in the absence of any dates or references to MSS., there is no sign of a consistently retrograde arrangement having been intended. Miss L. Toulmin Smith in the methodical Note read before the New Shakspere Society on April 9th 1875 (Series I, Transactions 1875—6, Part I) denies that Dolopathos "may be considered as having furnished to the English tragedian the terrible catastrophe of his drama." It would appear from this that she had not read the complete tale as published by Oesterley in 1873. Gaston Paris in his review of Oesterley's reprint (Romania II. Oct. 1873) has : "Ce récit célèbre, qui est, comme on sait, le sujet du Marchand de Venise apparait peut-être pour la première fois dans le Dolopathos, mais comme les autres versions, orientales et occidentales, ne dérivent pas de celle de Jean, elles doivent avoir une source commune." This implies that neither the Gesta-tsle, nor the Pecorone were derived from Dolopathos; as for Oriental tales, none containing the Flesh-Bond and the Bride, have ever come to light.