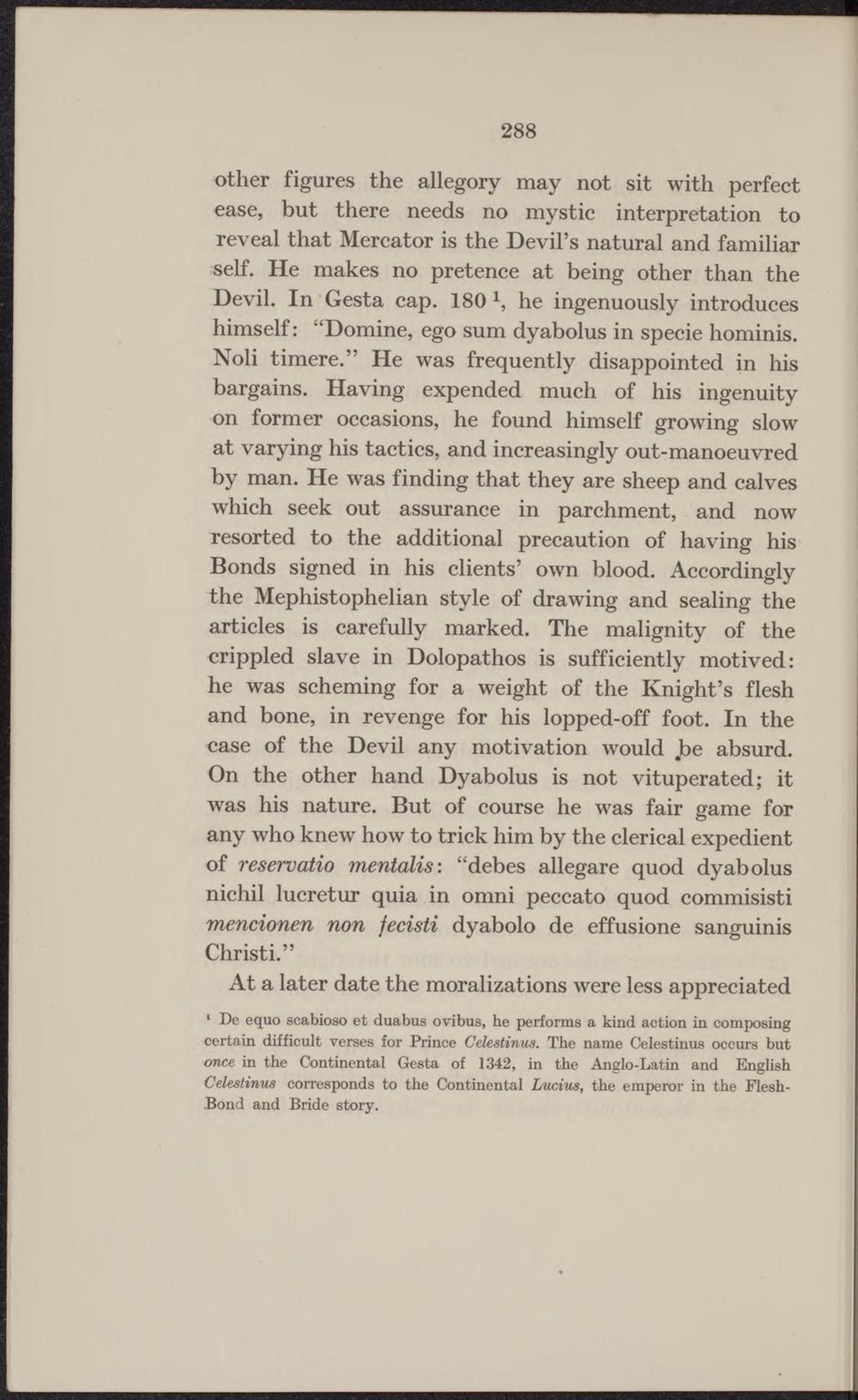 other figures the allegory may not sit with perfect ease, but there needs no mystic interpretation to reveal that Mercator is the Devil's natural and familiar self. He makes no pretence at being other than the Devil. In Gesta cap. 180l, he ingenuously introducés himself: "Domine, ego sum dyabolus in specie hominis. Noli timere." He was frequently disappointed in his bargains. Having expended much of his ingenuity on former occasions, he found himself growing slow at varying his tactics, and increasingly out-manoeuvred by man. He was finding that they are sheep and calves which seek out assurance in parchment, and now Tesorted to the additional precaution of having his Bonds signed in his clients' own blood. Accordingly the Mephistophelian style of drawing and sealing the articles is carefully marked. The malignity of the crippled slave in Dolopathos is sufficiently motived: he was scheming for a weight of the Knight's flesh and bone, in revenge for his lopped-off foot. In the case of the Devil any motivation would Jbe absurd. On the other hand Dyabolus is not vituperated; it was his nature. But of course he was fair game for any who knew how to trick him by the clerical expediënt of reservatio mentalis: "debes allegare quod dyabolus nichil lucretur quia in omni peccato quod commisisti mencionen non fecisti dyabolo de effusione sanguinis Christi."

At a later date the moralizations were less appreciated

1 De equo scabioso et duabus ovibus, he performs a kind action in composing certain difficult verses for Prince Celestinus. The name Celestinus occurs but once in the Continental Gesta of 1342, in the Anglo-Latin and English Celestinus corresponds to the Continental Lucius, the emperor in the FleshBond and Bride story.