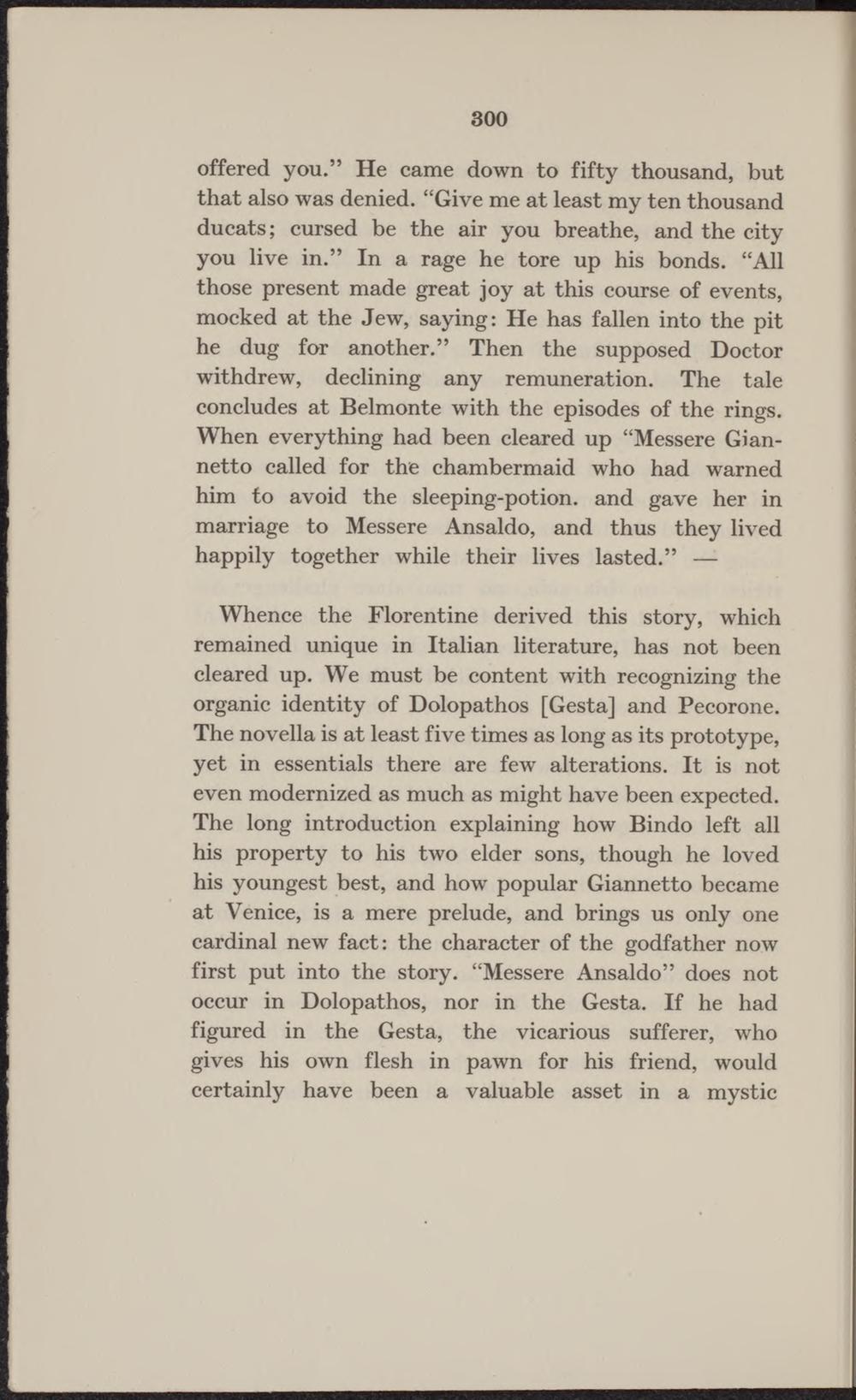 offered you." He came down to fifty thousand, but that also was denied. "Give me at least my ten thousand ducats; cursed be the air you breathe, and the city you live in." In a rage he tore up his bonds. "All those present made great joy at this course of events, mocked at the Jew, saying: He has fallen into the pit he dug for another." Then the supposed Doctor withdrew, declining any remuneration. The tale concludes at Belmonte with the episodes of the rings. When everything had been cleared up "Messere Giannetto called for the chambermaid who had warned him to avoid the sleeping-potion. and gave her in marriage to Messere Ansaldo, and thus they lived happily together while their lives lasted." —

Whence the Florentine derived this story, which remained unique in Italian literature, has not been cleared up. We must be content with recognizing the organic identity of Dolopathos [Gesta] and Pecorone. The noveüa is at least five times as long as its prototype, yet in essentials there are few alterations. It is not even modernized as much as might have been expected. The long introduction explaining how Bindo left all his property to his two elder sons, though he loved his youngest best, and how popular Giannetto became at Venice, is a mere prelude, and brings us only one cardinal new fact: the character of the godfather now first put into the story. "Messere Ansaldo" does not occur in Dolopathos, nor in the Gesta. If he had figured in the Gesta, the vicarious sufferer, who gives his own flesh in pawn for his friend, would certainly have been a valuable asset in a mystic