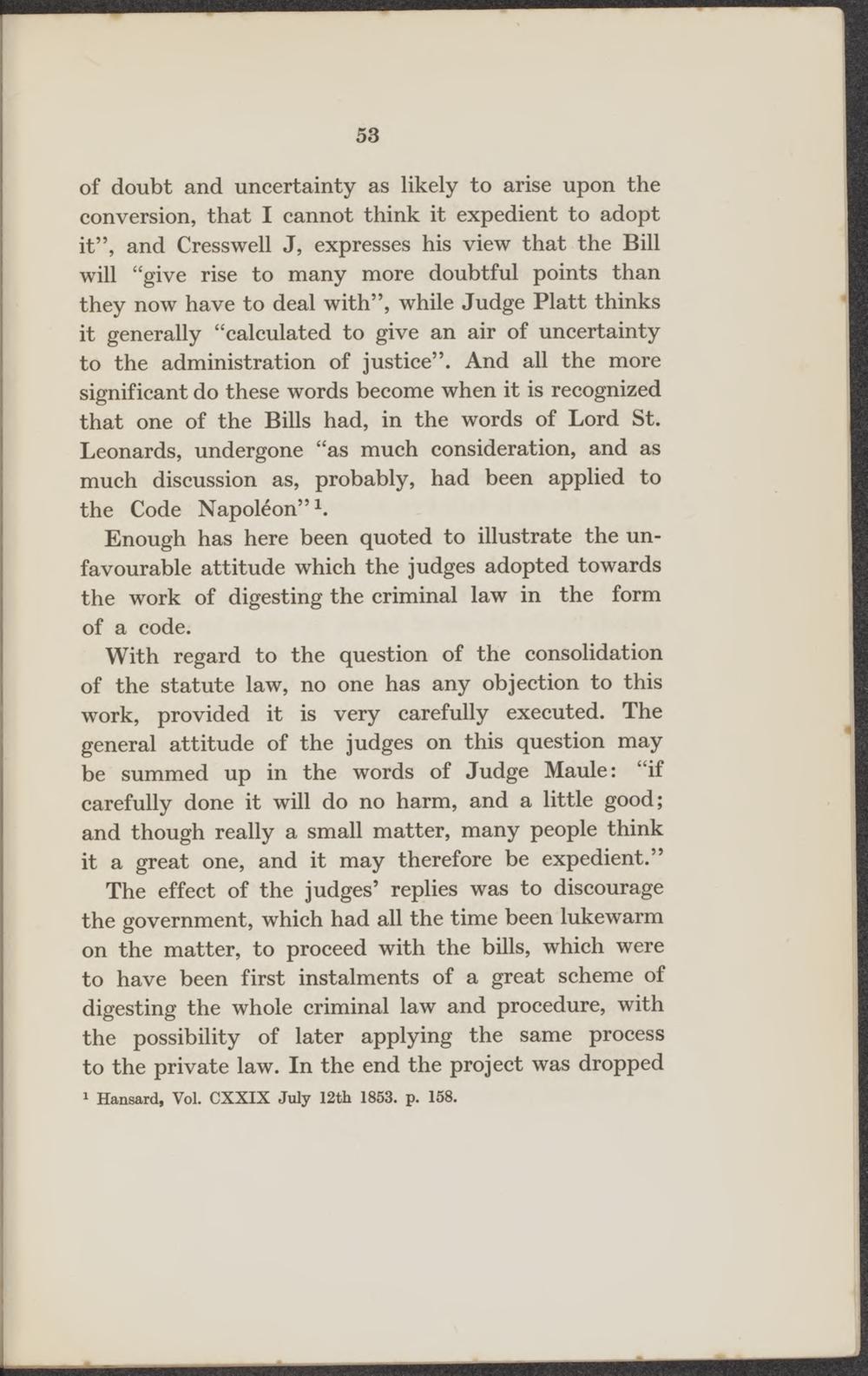 of doubt and uncertainty as likely to arise upon the conversion, that I cannot think it expediënt to adopt it", and Cresswell J, expresses his view that the Bill will "give rise to many more doubtful points than they now have to deal with", while Judge Platt thinks it generally "calculated to give an air of uncertainty to the administration of justice". And all the more significant do these words become when it is recognized that one of the Bills had, in the words of Lord St. Leonards, undergone "as much consideration, and as much discussion as, probably, had been applied to the Code Napoléon" *.

Enough has here been quoted to ülustrate the unfavourable attitude which the judges adopted towards the work of digesting the criminal law in the form of a code.

With regard to the question of the consolidation of the statute law, no one has any objection to this work, provided it is very carefully executed. The general attitude of the judges on this question may be summed up in the words of Judge Maule: "if carefully done it will do no harm, and a little good; and though really a small matter, many people think it a great one, and it may therefore be expediënt."

The effect of the judges' replies was to discourage the government, which had all the time been lukewarm on the matter, to proceed with the bills, which were to have been first instalments of a great scheme of digesting the whole criminal law and procedure, with the possibility of later applying the same process to the private law. In the end the project was dropped