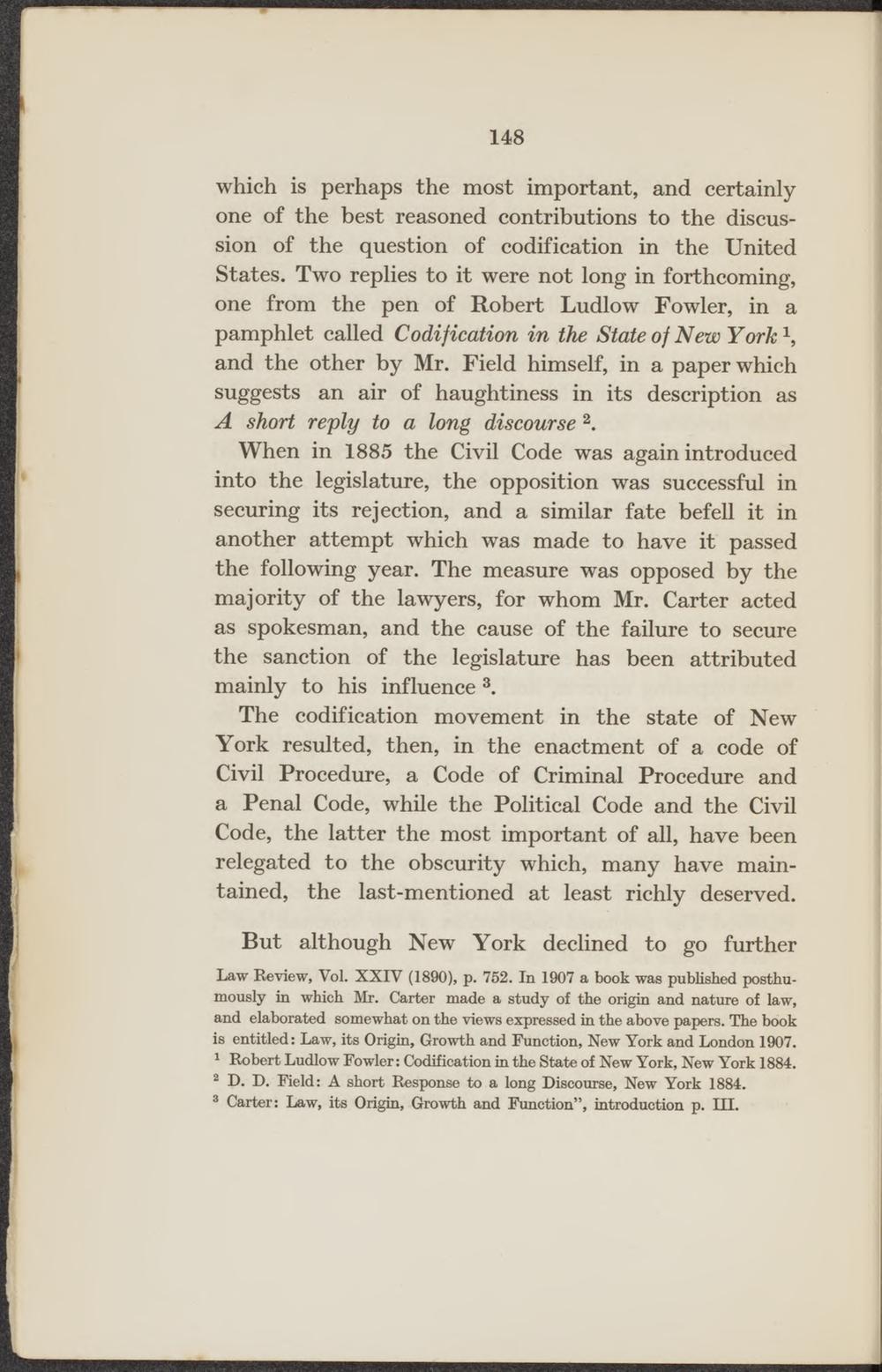 which is perhaps the most important, and certainly one of the best reasoned contributions to the discussion of the question of codification in the United States. Two replies to it were not long in forthcoming, one from the pen of Robert Ludlow Fowler, in a pamphlet called Codification in the State of New York1, and the other by Mr. Field himself, in a paper which suggests an air of haughtiness in its description as A short reply to a long discour se 2.

When in 1885 the Civil Code was again introduced into the legislature, the opposition was successful in securing its rejection, and a similar fate befell it in another attempt which was made to have it passed the following year. The measure was opposed by the majority of the lawyers, for whom Mr. Carter acted as spokesman, and the cause of the failure to secure the sanction of the legislature has been attributed mainly to his influence8.

The codification movement in the state of New York resulted, then, in the enactment of a code of Civil Procedure, a Code of Criminal Procedure and a Penal Code, while the Political Code and the Civil Code, the latter the most important of all, have been relegated to the obscurity which, many have maintained, the last-mentioned at least richly deserved.

But although New York declined to go further

Law Review, Vol. XXIV (1890), p. 762. In 1907 a book was published posthumously in which Mr. Carter made a study of the origiu and nature of law, and elaborated somewhat on the views expressed in the above papers. The book is entitled: Law, its Origin, Growth and Function, New York and London 1907.