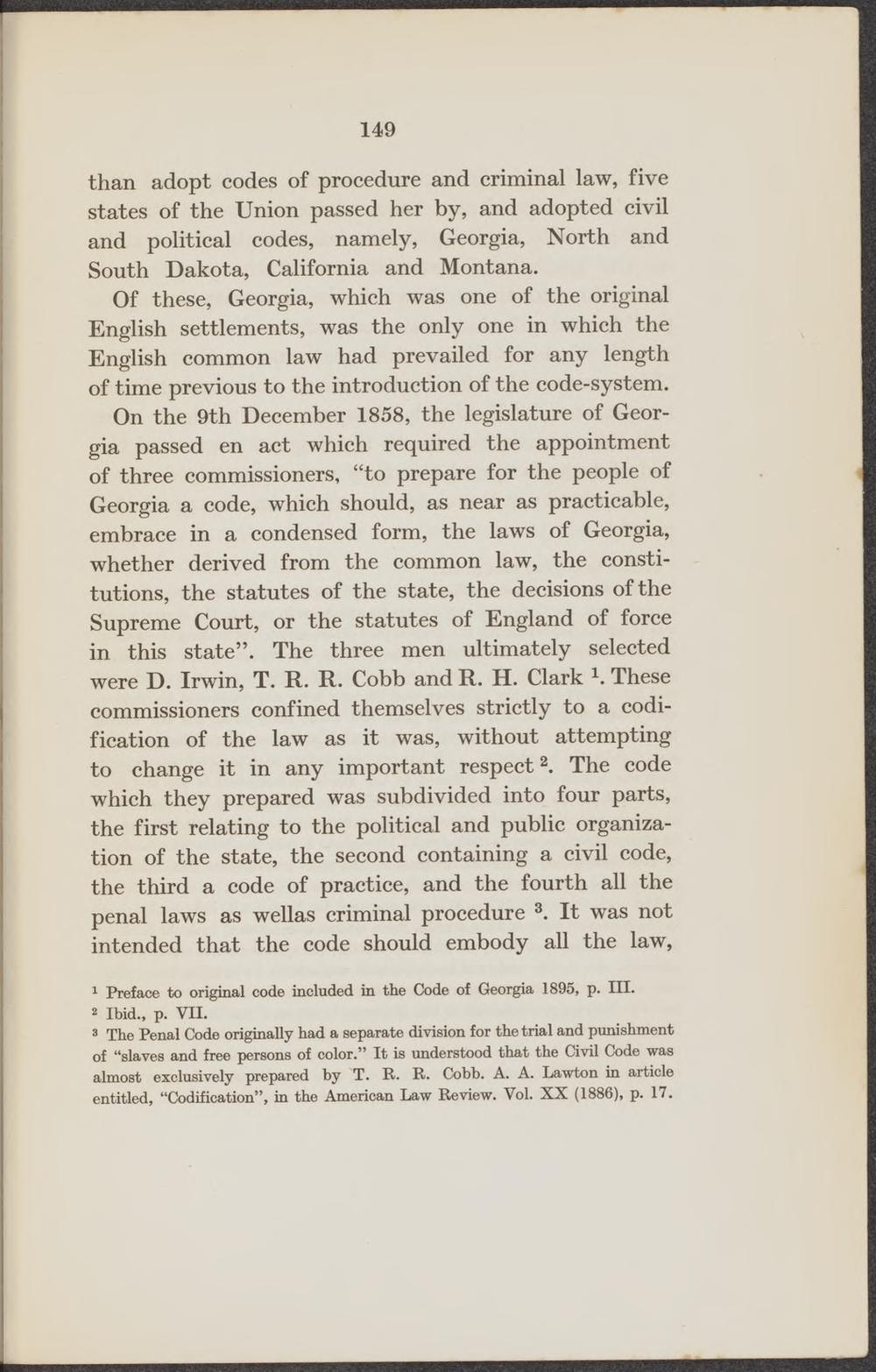 than adopt codes of procedure and criminal law, five states of the Union passed her by, and adopted civil and political codes, namely, Georgia, North and South Dakota, California and Montana.

Of these, Georgia, which was one of the original English settlements, was the only one in which the English common law had prevailed for any length of time previous to the introduction of the code-system.

On the 9th December 1858, the legislature of Georgia passed en act which required the appointment of three commissioners, "to prepare for the people of Georgia a code, which should, as near as practicable, embrace in a condensed form, the laws of Georgia, whether derived from the common law, the constitutions, the statutes of the state, the decisions of the Suprème Court, or the statutes of England of force in this state". The three men ultimately selected were D. Irwin, T. R. R. Cobb and R. H. Clark ». These commissioners confined themselves strictly to a codification of the law as it was, without attempting to change it in any important respect2. The code which they prepared was subdivided into four parts, the first relating to the political and public organization of the state, the second containing a civil code, the third a code of practice, and the fourth all the penal laws as wellas criminal procedure 8. It was not intended that the code should embody all the law,

3 The Penal Code originally had a separate division for the trial and punishment of "slaves and free persons of color." It is understood that the Civil Code was almost exclusively prepared by T. R. R. Cobb. A. A. Lawton in artiele entitled, "Codification", in the American Law Review. Vol. XX (1886), p. 17.