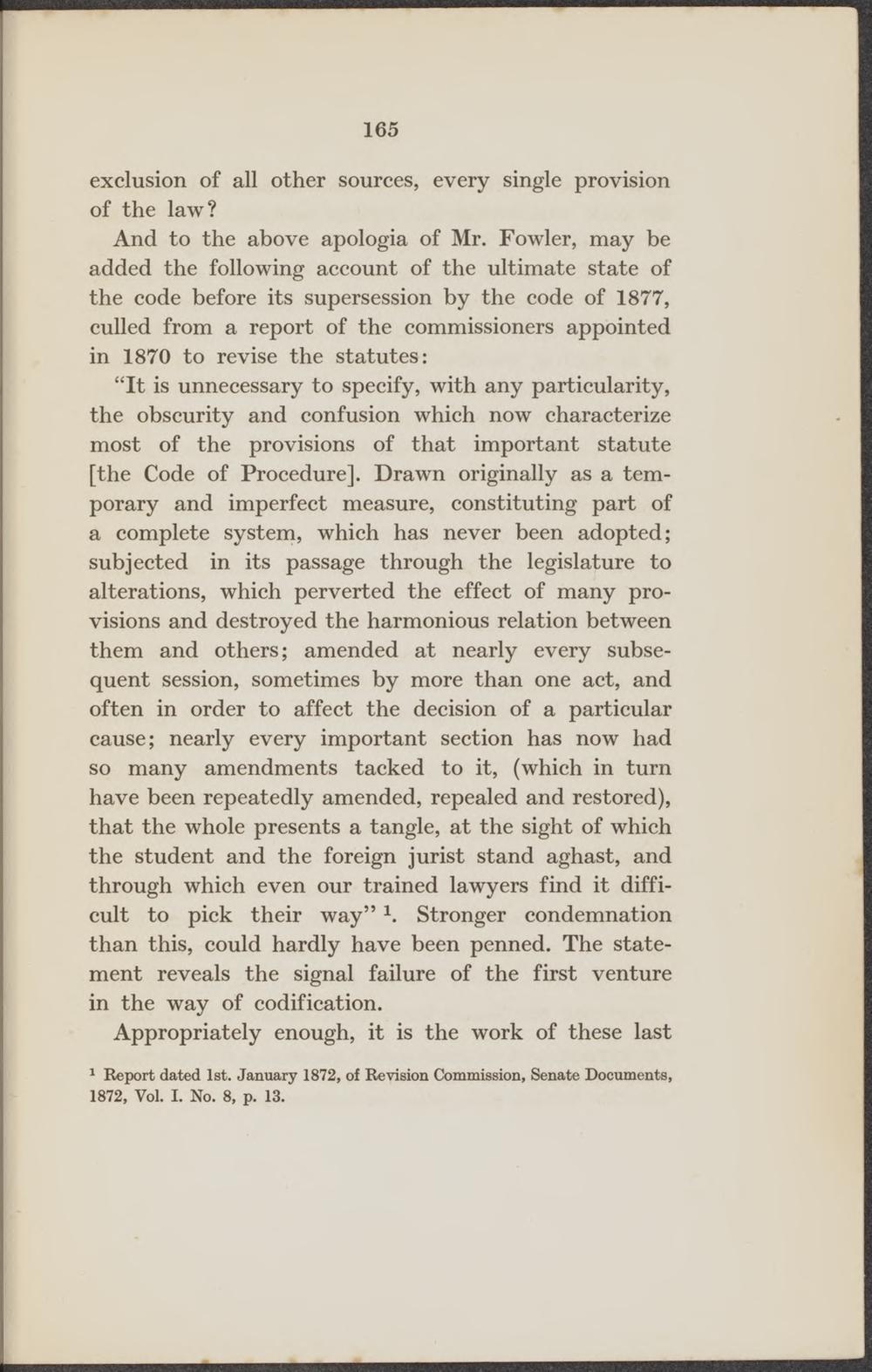 exclusion of all other sources, every single provision of the law?

And to the above apologia of Mr. Fowler, may be added the following account of the ultimate state of the code before its supersession by the code of 1877, culled from a report of the commissioners appointed in 1870 to revise the statutes:

"It is unnecessary to specify, with any particularity, the obscurity and confusion which now characterize most of the provisions of that important statute [the Code of Procedure], Drawn originally as a temporary and imperfect measure, constituting part of a complete system, which has never been adopted; subjected in its passage through the legislature to alterations, which perverted the effect of many provisions and destroyed the harmonious relation between them and others; amended at nearly every subsequent session, sometimes by more than one act, and often in order to affect the decision of a particular cause; nearly every important section has now had so many amendments tacked to it, (which in turn have been repeatedly amended, repealed and restored), that the whole presents a tangle, at the sight of which the student and the foreign jurist stand aghast, and through which even our trained lawyers find it difficult to piek their way" *. Stronger condemnation than this, could hardly have been penned. The statement reveals the signal failure of the first venture in the way of codification.

Appropriately enough, it is the work of these last