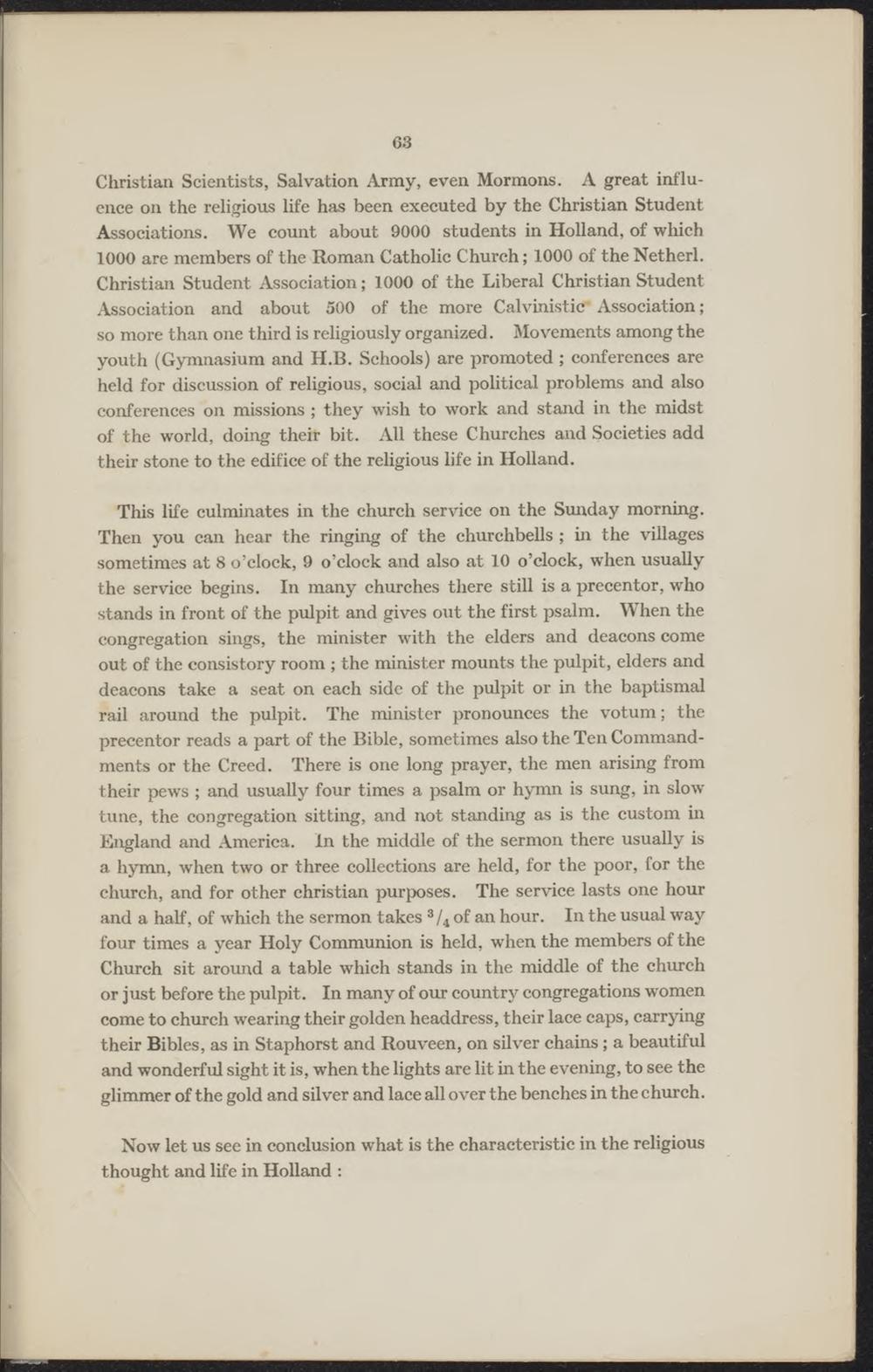 "This life culrninates in the church service on the Sunday morning. Then you can hear the ringing of the churchbells ; in the villages sometimes at 8 o'clock, 9 o'clock and also at 10 o'clock, when usually the service begins. In many churches there still is a precentor, who stands in front of the pulpit and gives out the first psalm. When the congregation sings, the minister with the elders and deacons come out of the consistory room ; the minister mounts the pulpit, elders and deacons take a seat on each side of the pulpit or in the baptismal rail around the pulpit. The minister pronounces the votum; the precentor reads a part of the Bible, sometimes also the Ten Commandments or the Creed. There is one long prayer, the men arising from their pews ; and usually four times a psalm or hymn is sung, in slow tune, the congregation sitting, and not standing as is the custom in England and America. In the middle of the sermon there usually is a hymn, when two or three collections are held, for the poor, for the church, and for other christian purposes. The service lasts one hour and a half, of which the sermon takes 8 /4 of an hour. In the usual way four times a year Holy Communion is held, when the members of the Church sit around a table which stands in the middle of the church or just before the pulpit. In many of our country congregations women come to church wearing their golden headdress, their lace caps, carrying their Bibles, as in Staphorst and Rouveen, on silver chains; a beautiful and wonderful sight it is, when the lights are Ut in the evening, to see the glimmer of the gold and süver and lace aU over the benches in the church.

Now let us see in conclusion what is the characteristic in the religious thought and life in Holland :