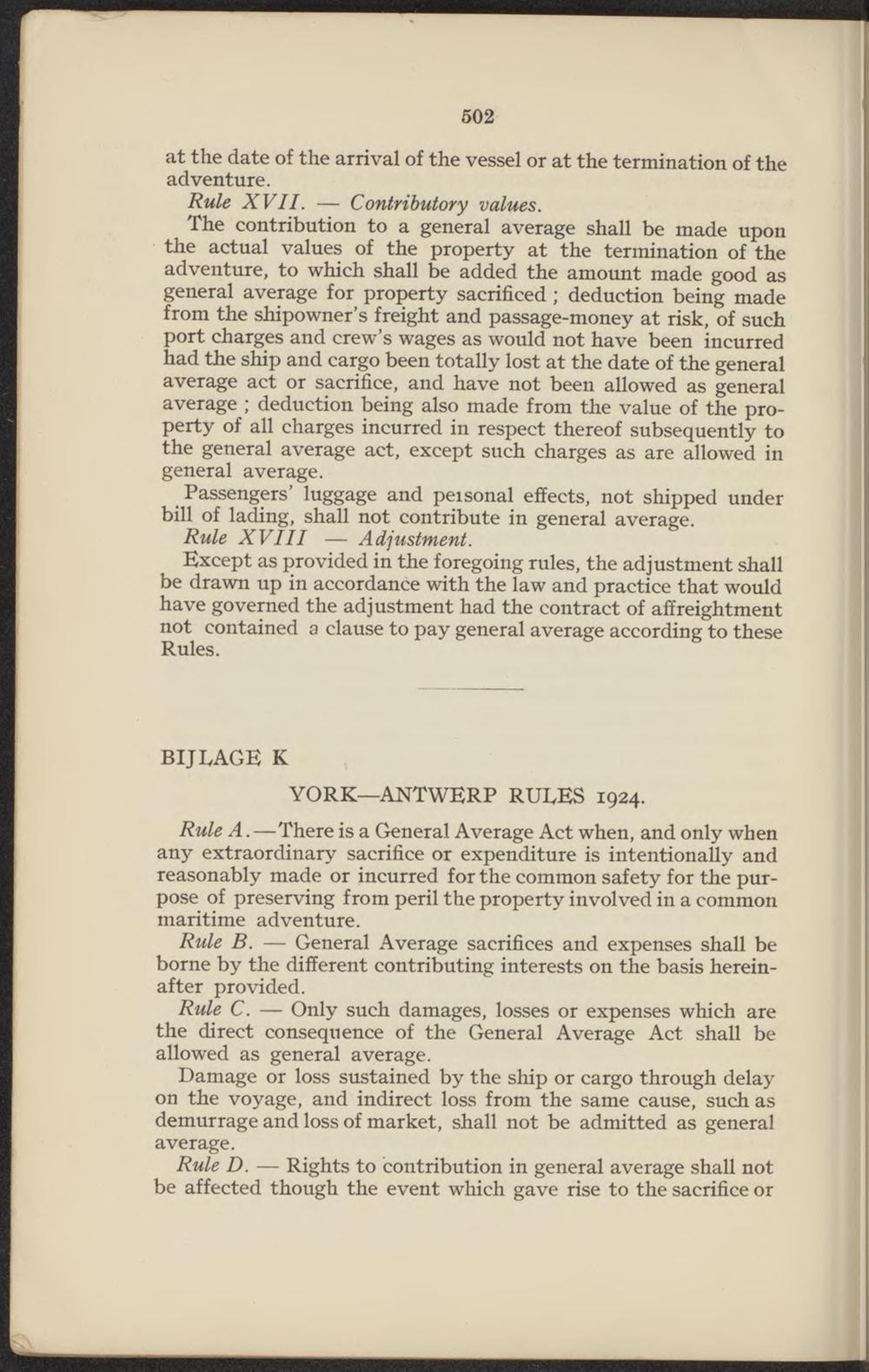 at the date of the arrival of the vessel or at the termination of the ad venture. Rule XVII. — Contributory values.

Passengers' luggage and peisonal effects, not shipped under bill of lading, shall not contribute in general average.

Except as provided in the foregoing rules, the adjustment shall be drawn up in accordance with the law and practice that would have governed the adjustment had the contract of affreightment not contained a clause to pay general average according to these Rules.

Rule A.—There is a General Average Act when, and only when any extraordinary sacrifice or expenditure is intentionally and reasonably made or incurred for the common safety for thepurpose of preserving from peril the property involved in a common maritime adventure.

Rule B. — General Average sacrifices and expenses shall be borne by the different contributing interests on the basis hereinafter provided.

Rule C. — Only such damages, losses or expenses which are the direct consequence of the General Average Act shall be allowed as general average.

Damage or loss sustained by the ship or cargo through delay on the voyage, and indirect loss from the same cause, such as demurrage and loss of market, shall not be admitted as general average.

Rule D. — Rights to contribution in general average shall not be affected though the event which gave rise to the sacrifice or