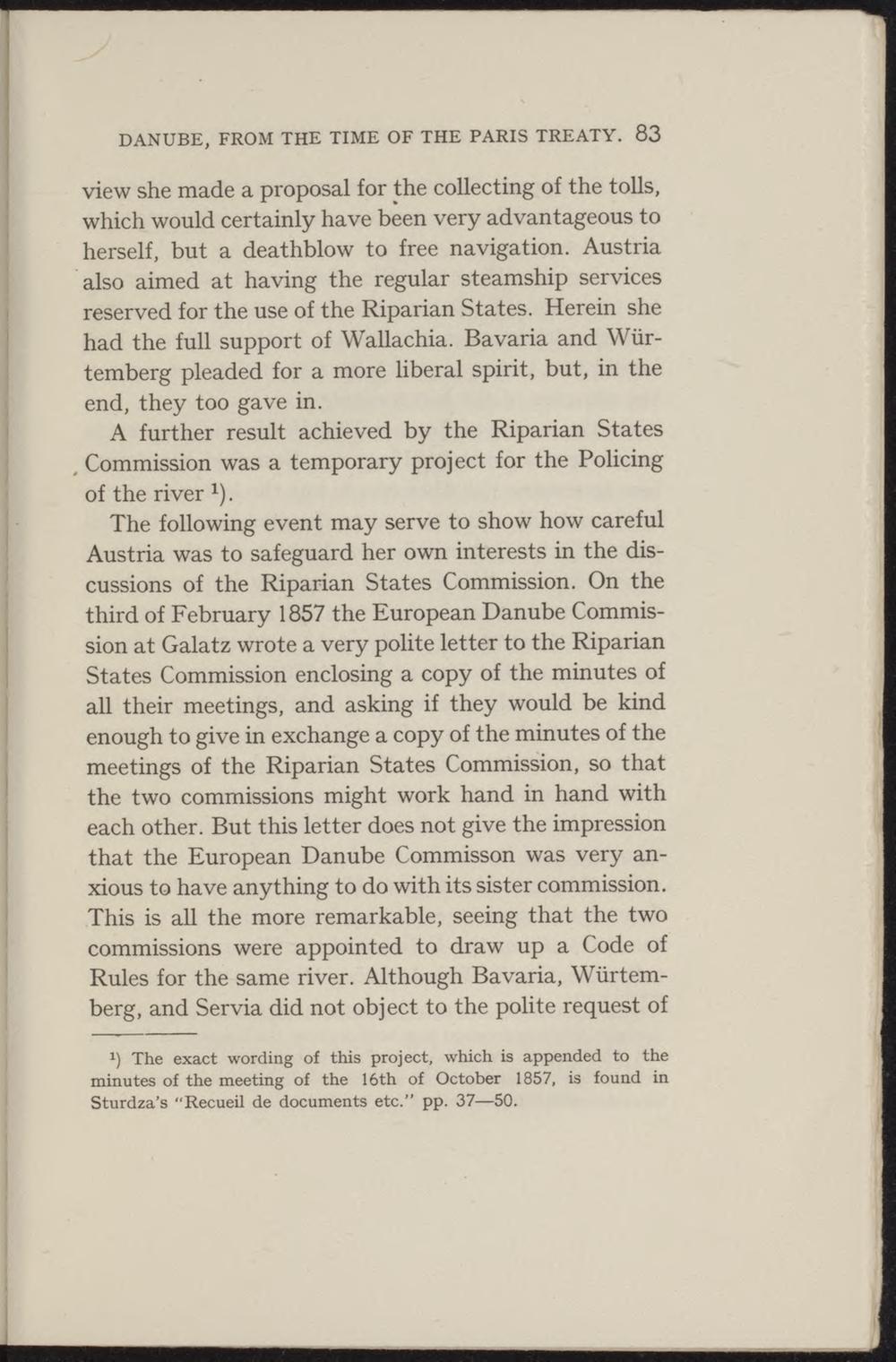 DANUBE, FROM THE TIME OF THE PARIS TREATY. 83

view she made a proposal for the collecting of the tolls, which would certainly have been very advantageous to herself, but a deathblow to free navigation. Austria also aimed at having the regular steamship services reserved for the use of the Riparian States. Herein she had the full support of Wallachia. Bavaria and Würtemberg pleaded for a more liberal spirit, but, in the end, they too gave in.

A further result achieved by the Riparian States Commission was a temporary project for the Policing of the river 1).

The following event may serve to show how careful Austria was to safeguard her own interests in the discussions of the Riparian States Commission. On the third of February 1857 the European Danube Commission at Galatz wrote a very polite letter to the Riparian States Commission enclosing a copy of the minutes of all their meetings, and asking if they would be kind enough to give in exchange a copy of the minutes of the meetings of the Riparian States Conimission, so that the two commissions might work hand in hand with each other. But this letter does not give the impression that the European Danube Commisson was very anxious to have anything to do with its sister commission. This is all the more remarkable, seeing that the two commissions were appointed to draw up a Code of Rules for the same river. Although Bavaria, Würtemberg, and Servia did not object to the polite request of

J) The exact wording of this project, which is appended to the minutes of the meeting of the 16th of October 1857, is found in Sturdza's "Recueil de documents etc." pp. 37—50.