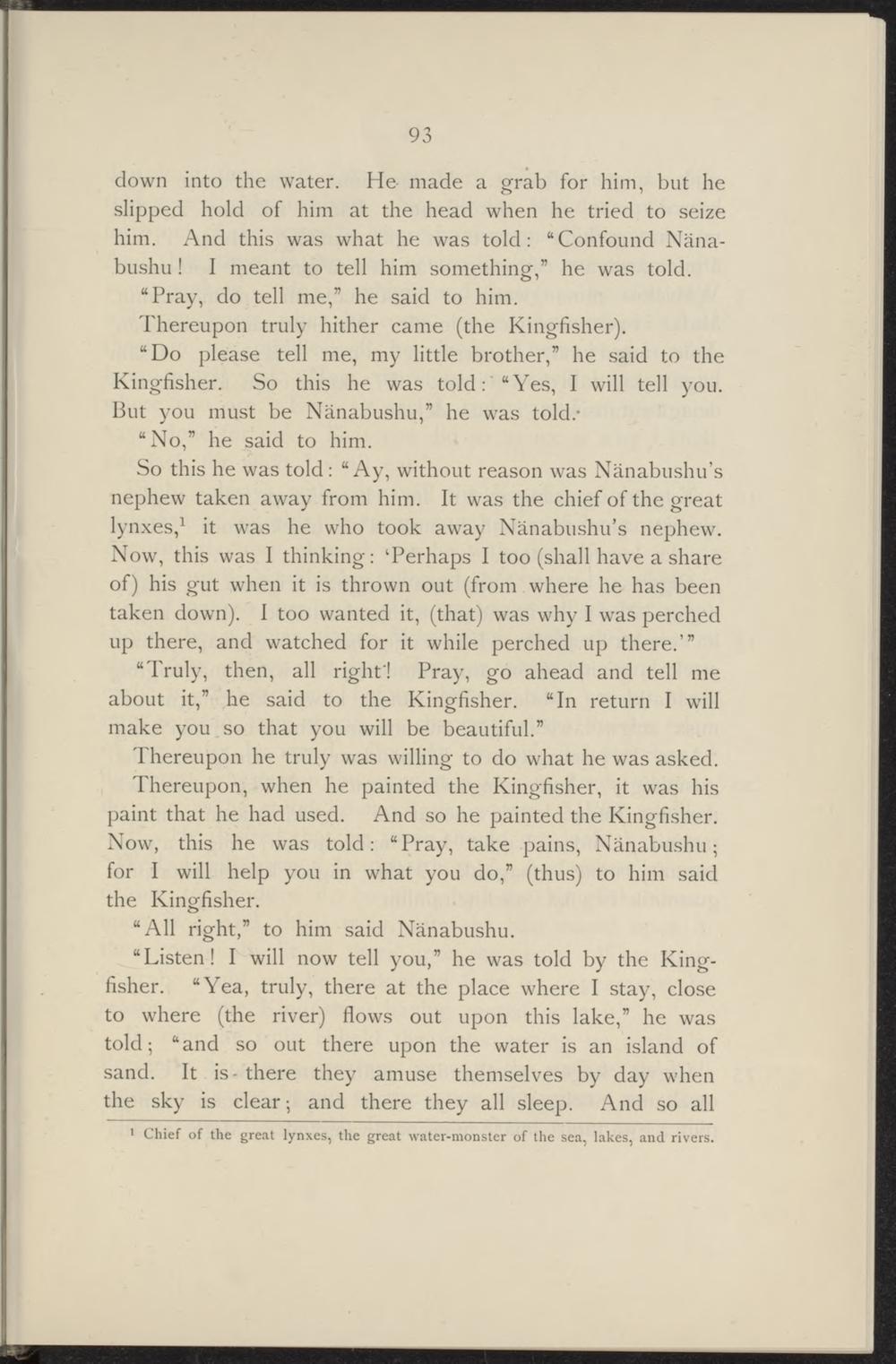 down into the water. He- made a grab for him, but he slipped hold of him at the head when he tried to seize him. And this was what he was told: "Confound Nanabushu ! I meant to teil him something," he was told.

"Do please teil me, my little brother," he said to the Kingfisher. So this he was told:'"Yes, I will teil you. But you must be Nanabushu," he was told.-

So this he was told: " Ay, without reason was Nanabushu's nephew taken away from him. It was the chief of the great lynxes,1 it was he who took away Nanabushu's nephew. Now, this was I thinking: 'Perhaps I too (shall have a share of) his gut when it is thrown out (from where he has been taken down). I too wanted it, (that) was why I was perched up there, and watched for it while perched up there.'"

"Truly, then, all right'! Pray, go ahead and teil me about it," he said to the Kingfisher. "In return I will make you so that you will be beautiful."

Thereupon he truly was willing to do what he was asked.

"All right," to him said Nanabushu.

"Listen! I will now teil you," he was told by the Kingfisher. "Yea, truly, there at the place where I stay, close to where (the river) flows out upon this lake," he was told; "and so out there upon the water is an island of sand. It is - there they amuse themselves by day when the sky is clear; and there they all sleep. And so all

1 Chief of the great lynxes, the great water-monster of the sea, lakes, and rivers.