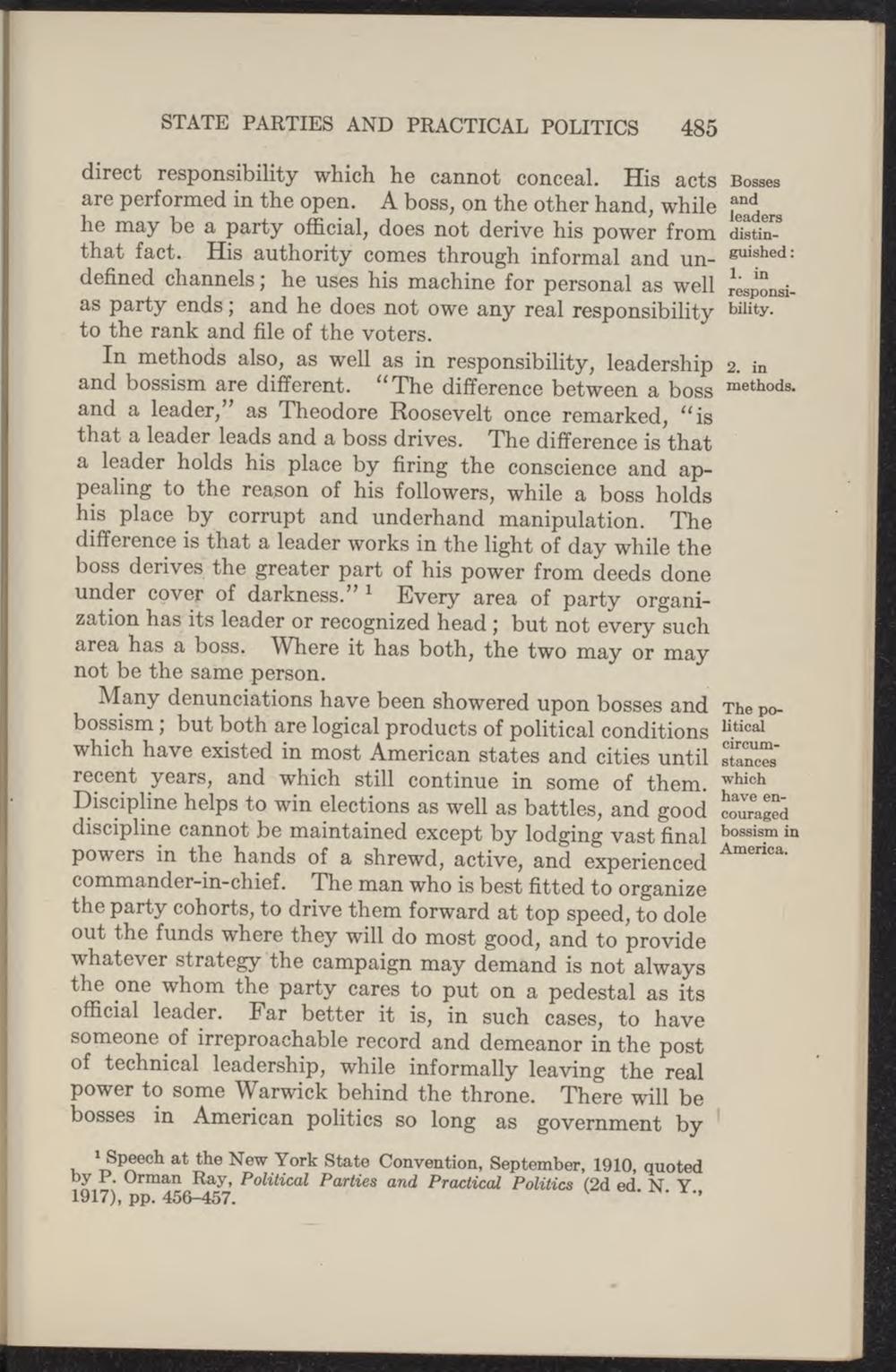 direct responsibility which he cannot conceal. His actf are performed in the open. A boss, on the other hand, whih he may be a party official, does not derive his power fron that fact. His authority comes through informal and undefined channels; he uses his machine for personal as wel as party ends"; and he does not owe any real responsibüity to the rank and file of the voters.

In methods also, as well as in responsibihty, leadership and bossism are different. "The difference between a boss and a leader," as Theodore Roosevelt once remarked, "is that a leader leads and a boss drives. The difference is that a leader holds his place by firing the conscience and appealing to the reason of his followers, while a boss holds his place by corrupt and underhand manipulation. The difference is that a leader works in the light of day while the boss derives the greater part of his power from deeds done under cover of darkness." 1 Every area of party organization has its leader or recognized head; but not every such area has a boss. Where it has both, the two may or may not be the same person.

Many denunciations have been showered upon bosses and bossism; but both are logical products of pohtical conditions which have existed in most American states and cities until recent years, and which still continue in some of them. Discipline helps to win elections as well as battles, and good discipline cannot be maintained except by lodging vast final powers in the hands of a shrewd, active, and experienced commander-in-chief. The man who is best fitted to organize the party cohorts, to drive them forward at top speed, to dole out the funds where they will do most good, and to provide whatever strategy the campaign may dem&nd is not always the one whom the party cares to put on a pedestal as its official leader. Far better it is, in such cases, to have someone of irreproachable record and demeanor in the post of technical leadership, while informally leaving the real power to some Warwick behind the throne. There will be bosses in American pohtics so long as government by