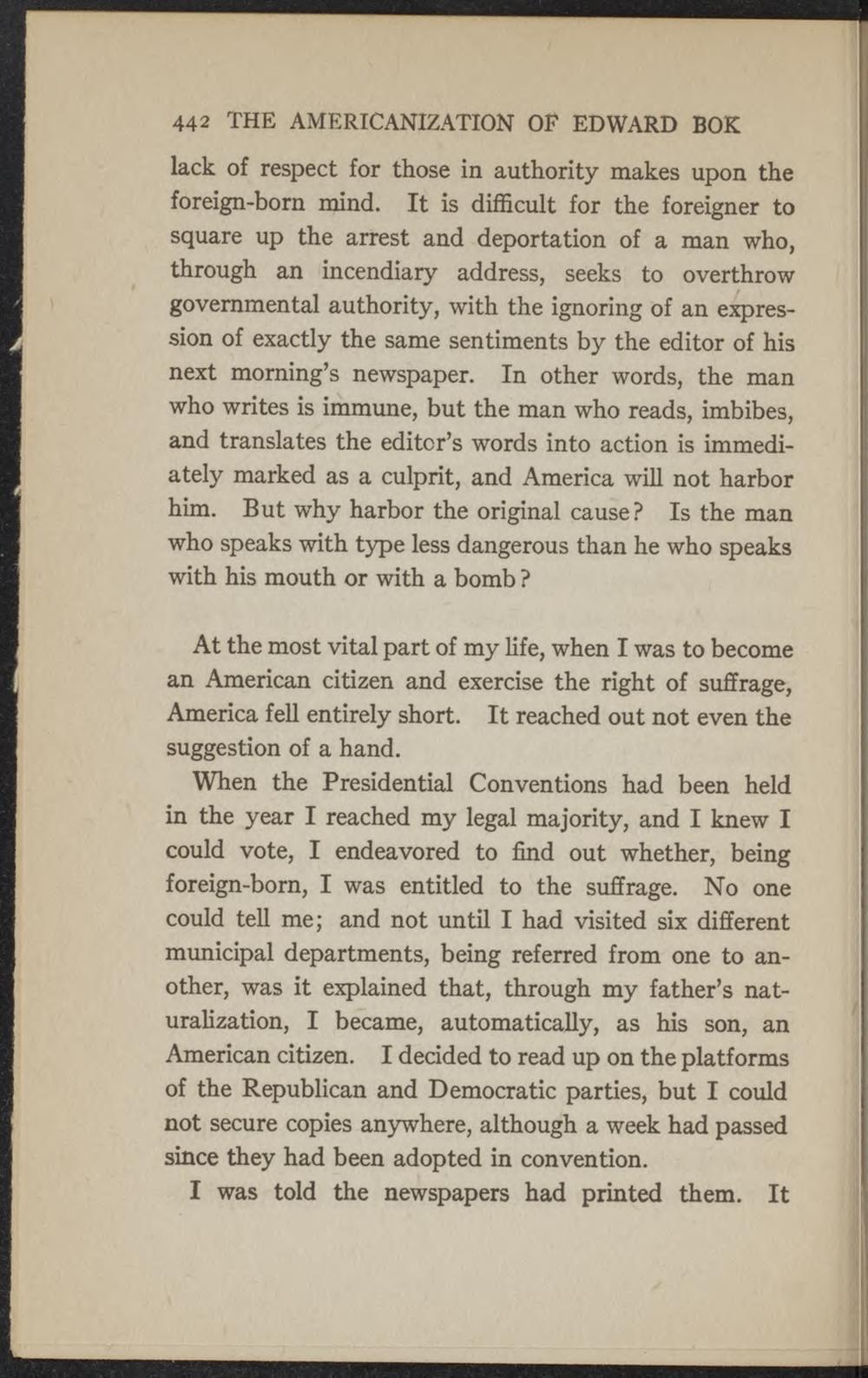 lack of respect for those in authority makes upon the foreign-born nund. It is difficult for the foreigner to square up the arrest and deportation of a man who, through an incendiary address, seeks to overthrow governmental authority, with the ignoring of an expression of exactly the same sentiments by the editor of his next morning's newspaper. In other words, the man who writes is immune, but the man who reads, imbibes, and translates the editor's words into action is immediately marked as a culprit, and America will not harbor him. But why harbor the original cause ? Is the man who speaks with type less dangerous than he who speaks with his mouth or with a bomb ?

At the most vital part of my life, when I was to become an American citizen and exercise the right of suffrage, America feil entirely short. It reached out not even the suggestion of a hand.

When the Presidential Conventions had been held in the year I reached my legal majority, and I knew I could vote, I endeavored to find out whether, benig foreign-born, I was entitled to the suffrage. No one could teil me; and not until I had visited six different municipal departments, being referred from one to another, was it explained that, through my father's naturalization, I became, automatically, as his son, an American citizen. I decided to read up on the platforms of the Republican and Democratie parties, but I could not secure copies anywhere, although a week had passed since they had been adopted in convention.

I was told the newspapers had printed them. It