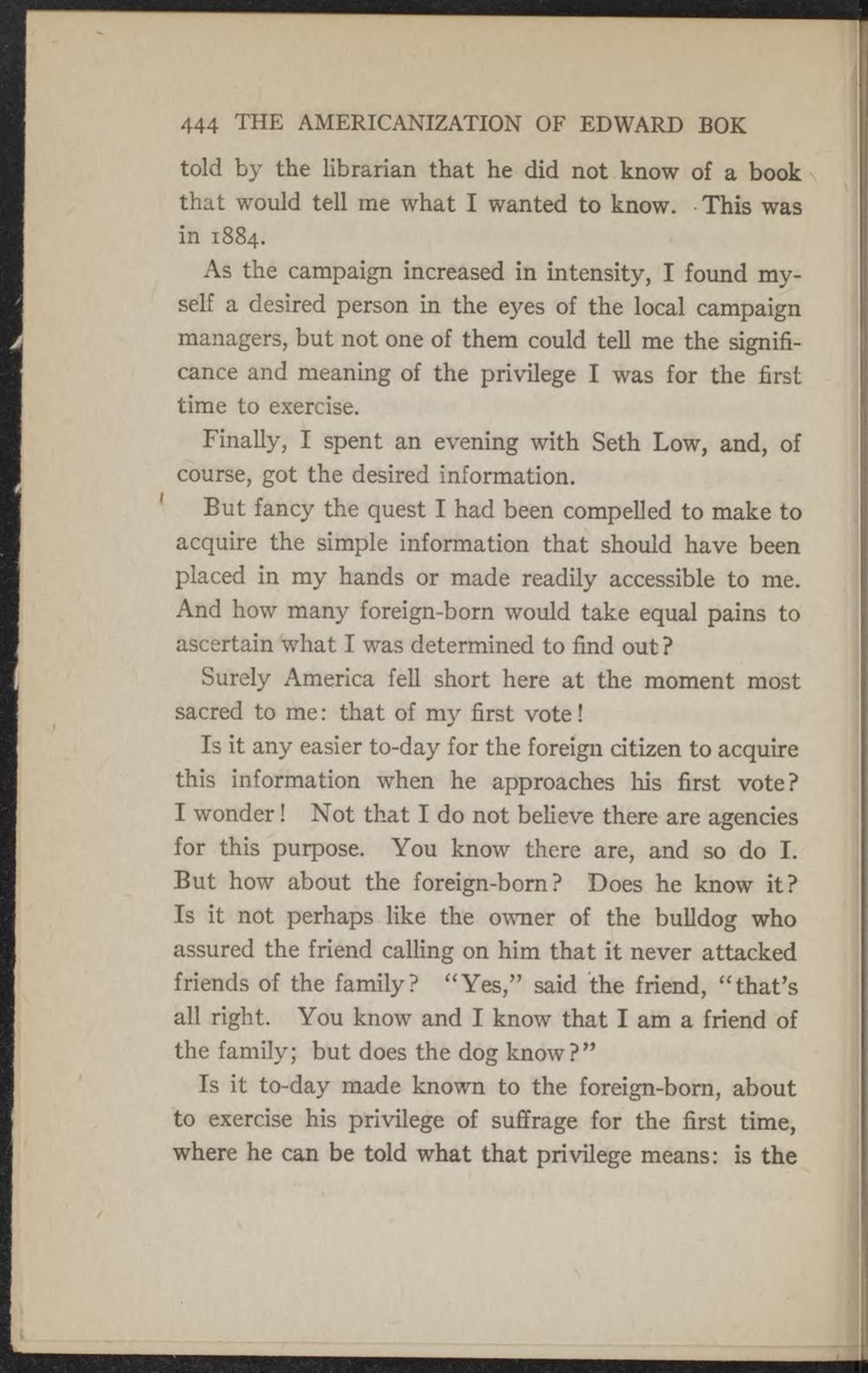 told by the librarian that he did not know of a book that would teil me what I wanted to know. This was

As the campaign increased in intensity, I found myself a desired person in the eyes of the local campaign managers, but not one of them could teil me the significance and meaning of the privilege I was for the first time to exercise.

Finally, I spent an evening with Seth Low, and, of course, got the desired information.

But fancy the quest I had been compelled to make to acquire the simple information that should have been placed in my hands or made readily accessible to me. And how many foreign-born would take equal pains to ascertainwhat I was determined to find out?

Surely America feil short here at the moment most sacred to me: that of my first vote!

Is it any easier to-day for the foreign citizen to acquire this information when he approaches his first vote? I wonder! Not that I do not believe there are agencies for this purpose. You know there are, and so do I. But how about the foreign-born? Does he know it? Is it not perhaps like the owner of the bulldog who assured the friend calling on him that it never attacked friends of the family? "Yes," said the friend, "that's all right. You know and I know that I am a friend of the family; but does the dog know?"

Is it to-day made known to the foreign-born, about to exercise his privilege of suffrage for the first time, where he can be told what that privilege means: is the