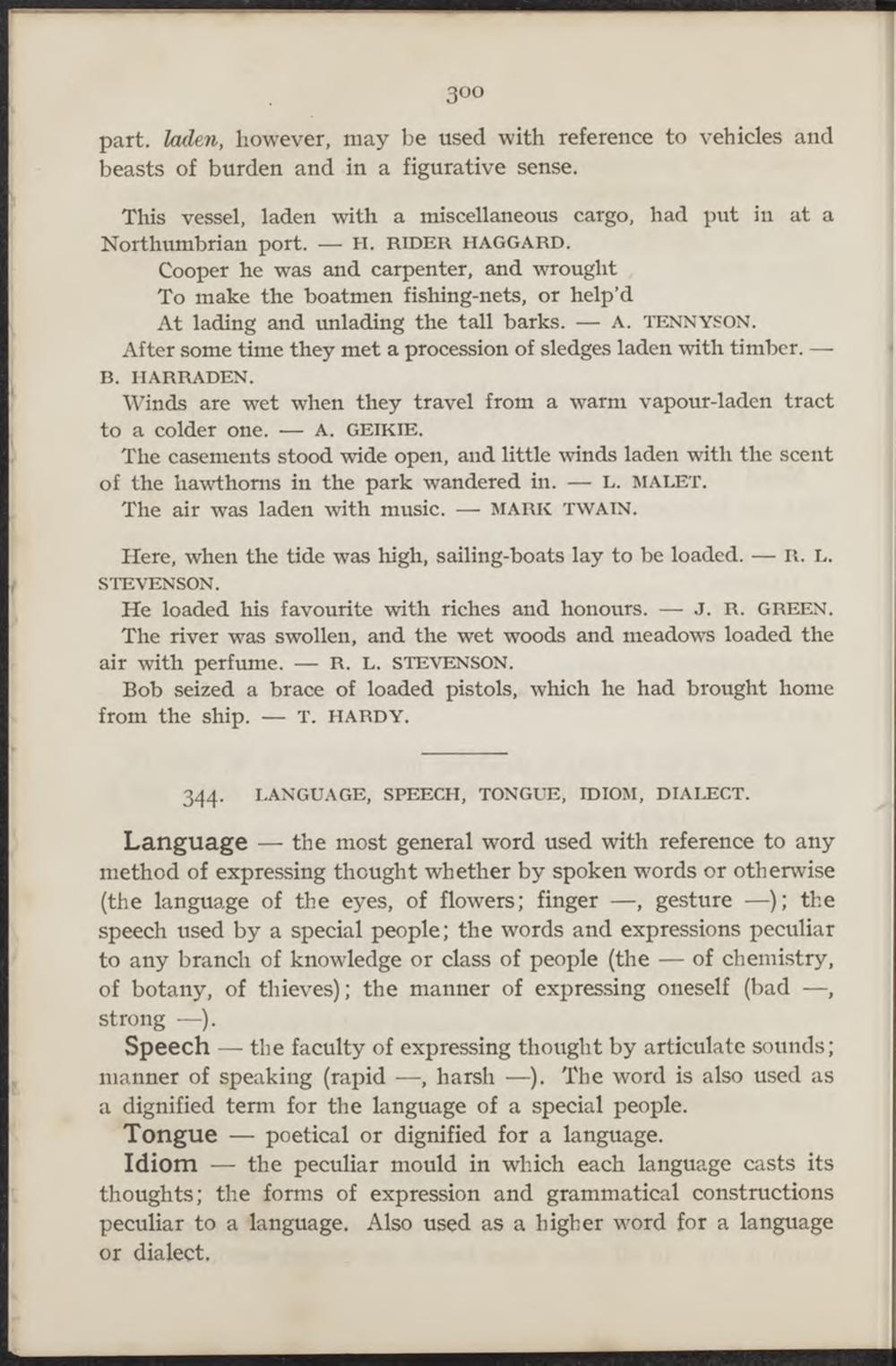 part. laden, however, may be used with reference to vehicles and beasts of burden and in a figurative sense.

This vessel, laden with a miscellaneous cargo, had put in at a Northumbrian port. — h. rider haggard.

Cooper he was and carpenter, and wrought , To make the boatmen fishing-nets, or help'd At lading and unlading the tall barks. — a. tennyson.

After some time they met a procession of sledges laden with timber. —

Winds are wet when they travel from a warm vapour-laden tract to a colder one. — a. geikie.

The casements stood wide open, and little winds laden with the scent of the hawthorns in the park wandered in. — l. malet.

The air was laden with music. — mark twaln.

Here, when the tide was high, sailing-boats lay to be loaded. — r. l.

The river was swollen, and the wet woods and meadows loaded the air with perfume. — r. l. stevenson.

Bob seized a brace of loaded pistols, which he had brought home from the ship. — t. hardy.

Language — the most general word used with reference to any method of expressing thought whether by spoken words or otherwise (the language of the eyes, of flowers; finger —, gesture —); the speech used by a special people; the words and expressions peculiar to any branch of knowledge or class of people (the — of chemistry, of botany, of thieves); the manner of expressing oneself (bad —, strong —).

Speech — the faculty of expressing thought by articulate sounds; manner of speaking (rapid —, harsh —). The word is also used as a dignified term for the language of a special people.

Tongue — poetical or dignified for a language.

Idiom — the peculiar mould in which each language casts its thoughts; the forms of expression and grammatical constructions peculiar to a 4anguage. Also used as a higher word for a language or dialect..