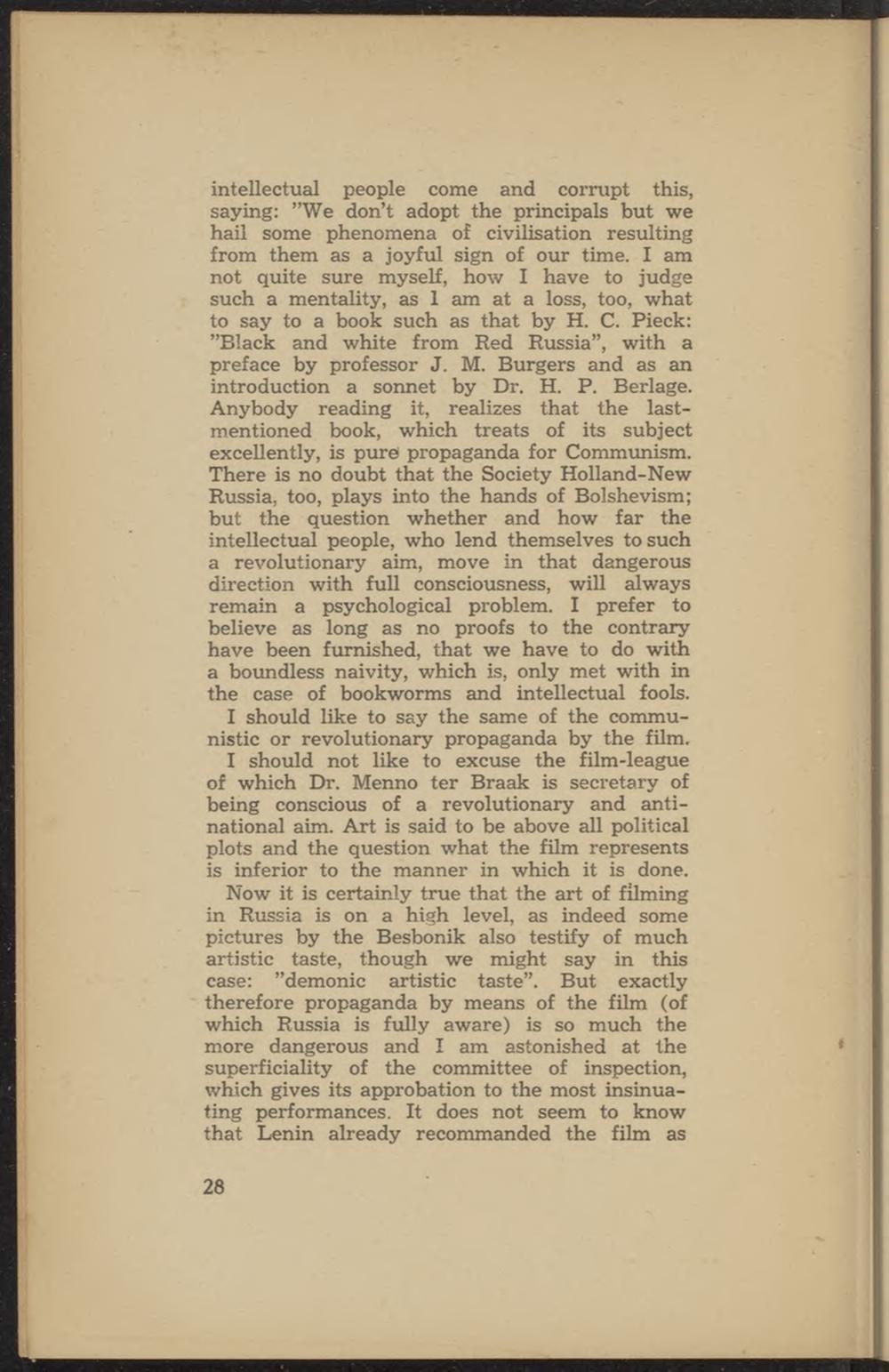 intellectual people come and corrupt this, saying: "We don't adopt the principals but we hail some phenomena of civilisation resulting from them as a joyful sign of our time. I am not quite sure myself, how I have to judge such a mentality, as 1 am at a loss, too, what to say to a book such as that by H. C. Pieck: "Black and white from Red Russia", with a preface by professor J. M. Burgers and as an introduction a sonnet by Dr. H. P. Berlage. Anybody reading it, realizes that the lastmentioned book, which treats of its subject excellently, is pure propaganda for Communism. There is no doubt that the Society Holland-New Russia, too, plays into the hands of Bolshevism; but the question whether and how far the intellectual people, who lend themselves to such a revolutionary aim, move in that dangerous direction with full consciousness, will always remain a psychological problem. I prefer to believe as long as no proofs to the contrary have been furnished, that we have to do with a boundless naivity, which is, only met with in the case of bookworms and intellectual fools.

I should like to say the same of the communistic or revolutionary propaganda by the film.

I should not like to excuse the film-league of which Dr. Menno ter Braak is secretary of being conscious of a revolutionary and antinational aim. Art is said to be above all political plots and the question what the film represents is inferior to the manner in which it is done.

Now it is certainly true that the art of filming in Russia is on a high level, as indeed some pictures by the Besbonik also testify of much artistic taste, though we might say in this case: "demonie artistic taste". But exactly therefore propaganda by means of the film (of which Russia is fully aware) is so much the more dangerous and I am astonished at the superficiality of the committee of inspection, which gives its approbation to the most insinuating performances. It does not seem to know that Lenin already recommanded the film as