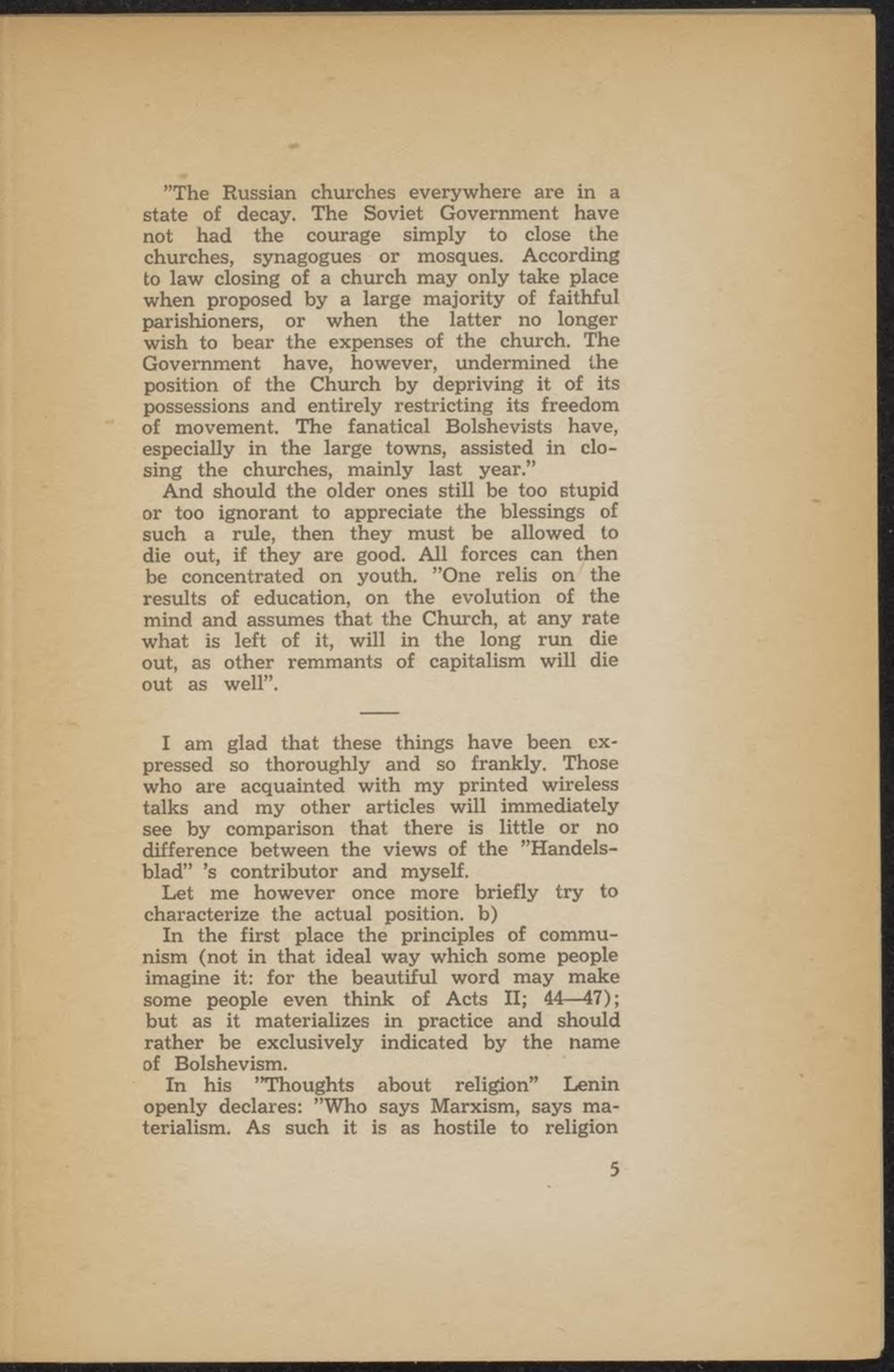 "The Russian churches everywhere are in a state of decay. The Soviet Government have not had the courage simply to close the churches, synagogues or mosques. According to law closing of a church may only take place when proposed by a large majority of faithful parishioners, or when the latter no longer wish to bear the expenses of the church. The Government have, however, undermined the position of the Church by depriving it of its possessions and entirely restricting its freedom of movement. The fanatical Bolshevists have, especially in the large towns, assisted in closing the churches, mainly last year."

And should the older ones still be too stupid or too ignorant to appreciate the blessings of such a rule, then they must be allowed to die out, if they are good. All forces can then be concentrated on youth. "One relis on the results of education, on the evolution of the mind and assumes that the Church, at any rate what is left of it, will in the long run die out, as other remmants of capitalism will die out as well".

I am glad that these things have been expressed so thoroughly and so frankly. Those who are acquainted with my printed wireless taiks and my other articles will immediately see by comparison that there is little or no difference between the views of the "Handelsblad" 's contributor and myself.

Let me however once more briefly try to characterize the actual position. b)

In the first place the principles of communism (not in that ideal way which some people imagine it: for the beautiful word may make some people even think of Acts H; 44—47); but as it materializes in practice and should rather be exclusively indicated by the name of Bolshevism.

In his "Thoughts about religion" Lenin openly declares: "Who says Marxism, says materialism. As such it is as hostile to religion