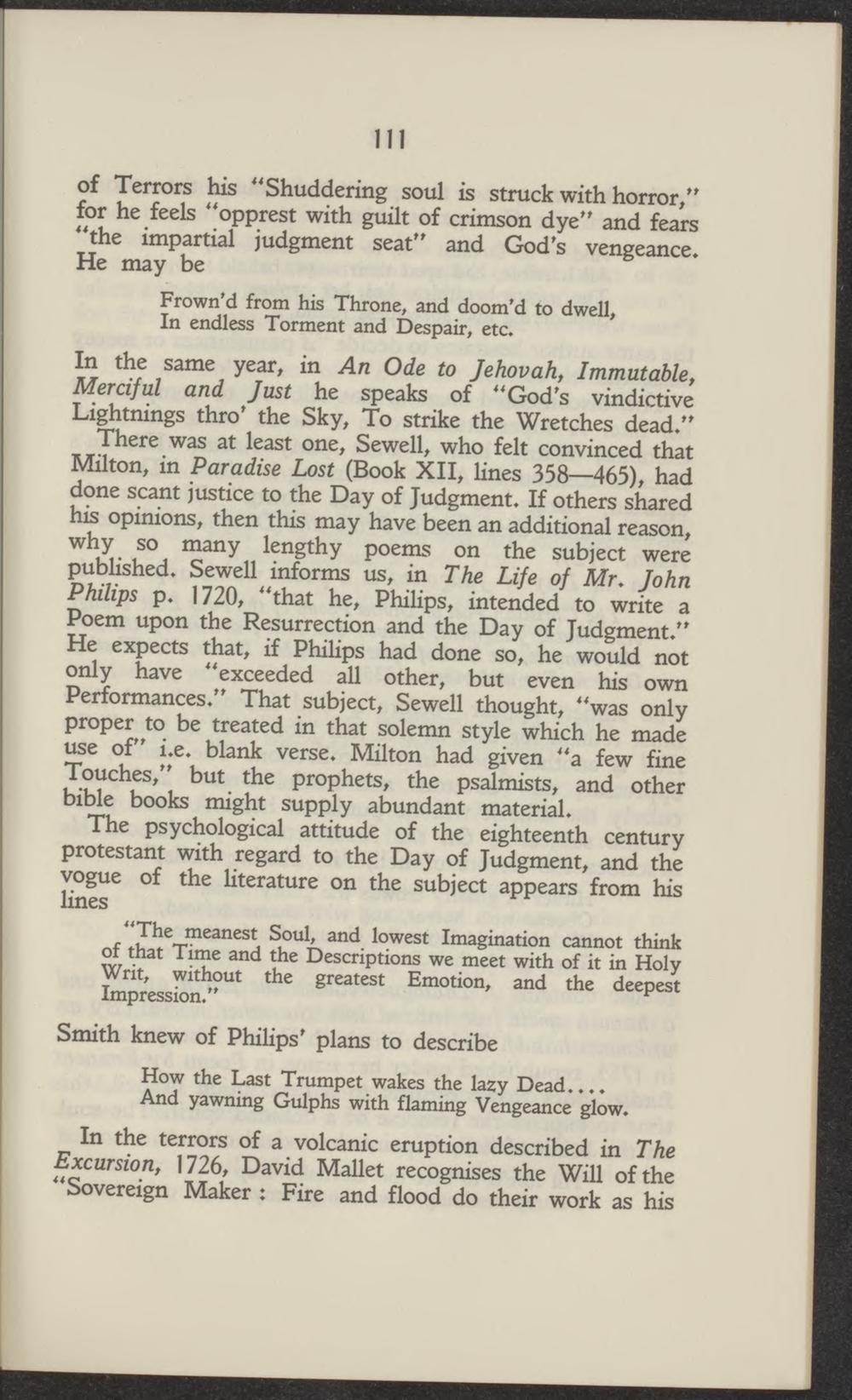 Frown'd from his Throne, and doom'd to dweil, In endless Torment and Despair, etc.

to the same year, in An Ode to Jehovah, Immutable, Mercrful and Jast he speaks of "God's vindictive Lightnings thro' the Sky, To strike the Wretches dead."

There was at least one, Sewell, who feit convinced that Müton, m Paradise Lost (Book XII, lines 358-465), had done scant justice to the Day of Judgment. If others shared rus opmions, then this may have been an additional reason, why so many lengthy poems on the subject were published. Sewell inforrns us, in The Life of Mr. John Philips p. 1720, "that he, Philips, intended to write a Poem upon the Resurrection and the Day of Judgment" He expects that, if Philips had done so, he would not only have exceeded all other, but even his own Performances. That subject, Sewell thought, "was only proper to be treated in that solemn style which he made use of ie. blank verse. Müton had given "a few fine Touches, but the prophets, the psalmists, and other biMe books might supply abundant material.

The psychological attitude of the eighteenth century protestant with regard to the Day of Judgment, and the vogue of the hterature on the subject appears from his

~/*ïï%meaneS!i Soul, and lowest Imagination cannot think ot that Time and the Descnptions we meet with of it in Holy

How the Last Trumpet wakes the lazy Dead.... And yawning Gulphs with flaming Vengeance glów.

In the terrors of a volcanic eruption described in The Excurswn, 1726, David Mallet recognises the Will of the Sovereign Maker: Fire and flood do their work as his