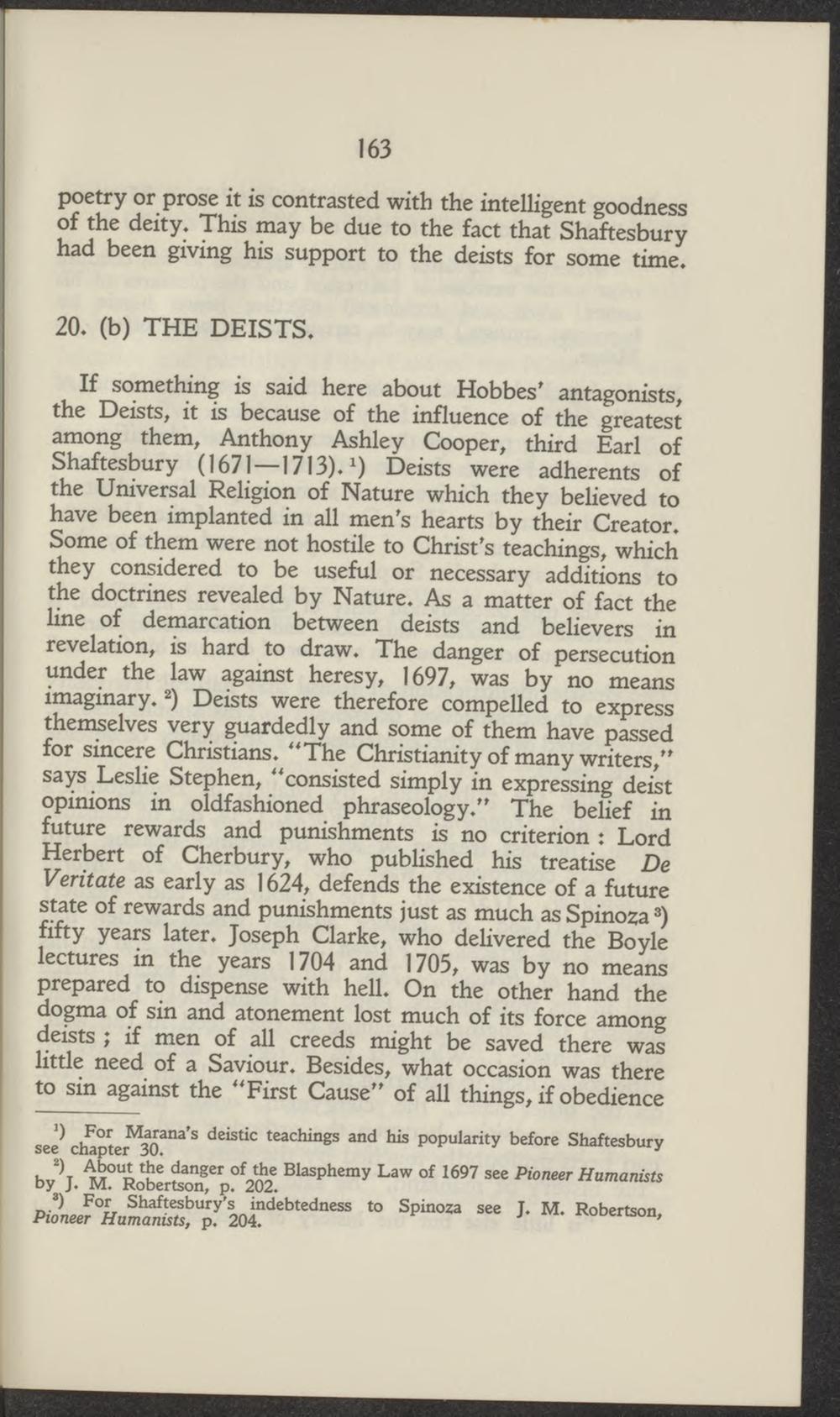 poetry or prose it is contrasted with the intelhgent goodness of the deity. This may be due to the fact that Shaftesbury had been giving his support to the deists for some time.

If something is said here about Hobbes' antagonists, the Deists, it is because of the influence of the greatest among them, Anthony Ashley Cooper, third Earl of Shaftesbury (1671—1713). *) Deists were adherents of the Universal Rehgion of Nature which they believed to have been implanted in all men's hearts by their Creator. Some of them were not hostile to Christ's teachings, which they considered to be useful or necessary additions to the doctrines revealed by Nature. As a matter of fact the line of demarcation between deists and behevers in revelation, is hard to draw. The danger of persecution under the law against heresy, 1697, was by no means ïmaginary.8) Deists were therefore compelled to express themselves very guardedly and some of them have passed for sincere Christians. "The Christianity of many writers," says Leslie Stephen, "consisted simply in expressing deist opinions in oldfashioned phraseology." The behef in future rewards and punishments is no criterion: Lord Herbert of Cherbury, who published his treatise De Veritate as early as 1624, defends the existence of a future state of rewards and punishments just as much as Spinoza8) frfty years later. Joseph Clarke, who dehvered the Boyle lectures in the years 1704 and 1705, was by no means prepared to dispense with heil. On the other hand the dogma of sin and atonement lost much of its force among deists ; if men of all creeds might be saved there was htde need of a Saviour. Besides, what occasion was there to sm against the "First Cause" of all things, if obedience