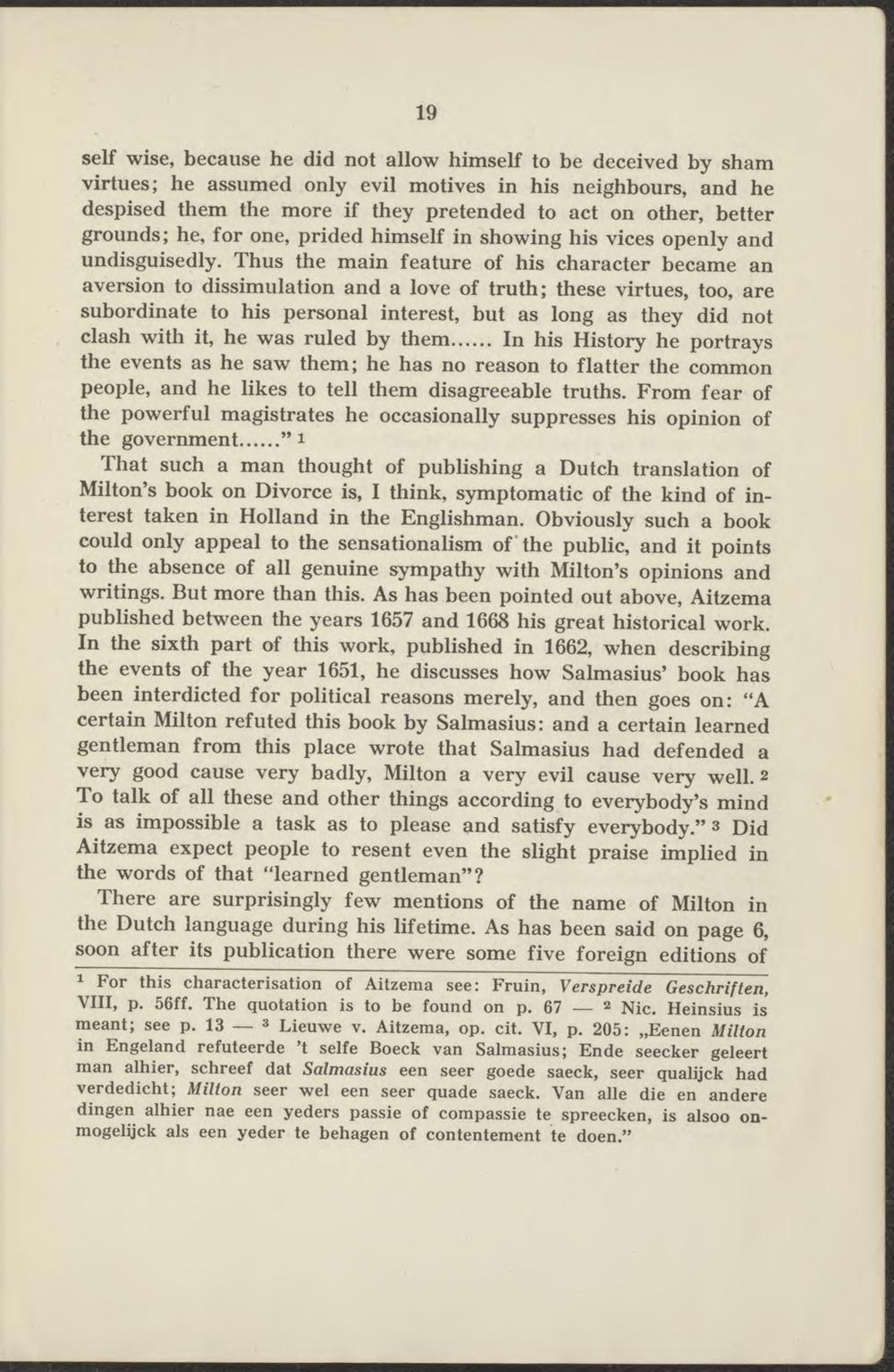 self wise, because he did not allow himself to be deceived by sham virtües; he assumed only evil motives in his neighbours, and he despised them the more if they pretended to act on other, better grounds; he, for one, prided himself in showing his vices openly and undisguisedly. Thus the main feature of his character became an aversion to dissimulation and a love of truth; these virtues, too, are subordinate to his personal interest, but as long as they did not

clash with it, he was ruled by them In his History he portrays

the events as he saw them; he has no reason to flatter the common people, and he ükes to teil them disagreeable truths. From fear of the powerful magistrates he occasionally suppresses his opinion of the government " *

That such a man thought of publishing a Dutch translation of Milton's book on Divorce is, I think, symptomatic of the kind of interest taken in Holland in the Englishman. Obviously such a book could only appeal to the sensationalism of the public, and it points to the absence of all genuine sympathy with Milton's opinions and writings. But more than this. As has been pointed out above, Aitzema published between the years 1657 and 1668 his great historical work. In the sixth part of this work, published in 1662, when describing the events of the year 1651, he discusses how Salmasius' book has been interdicted for political reasons merely, and then goes on: "A certain Milton refuted this book by Salmasius: and a certain learned gentleman from this place wrote that Salmasius had defended a very good cause very badly, Milton a very evil cause very well. 2 To talk of all these and other things according to everybody's mind is as impossible a task as to please and satisfy everybody."» Did Aitzema expect people to resent even the slight praise implied in the words of that "learned gentleman"?

There are surprisingly few mentions of the name of Milton in the Dutch language during his lifetime. As has been said on page 6, soon after its publication there were some five foreign editions of