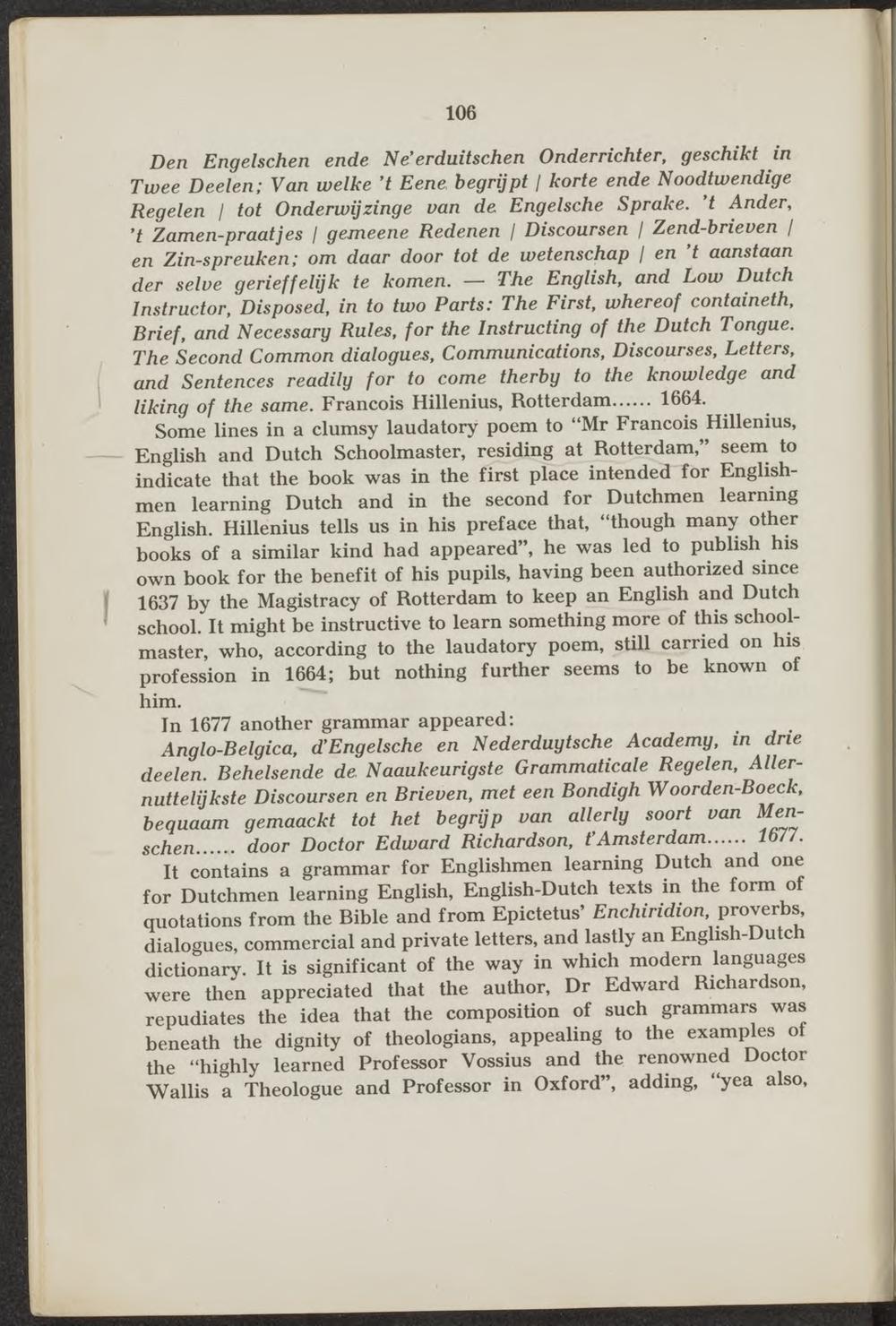 Some lines in a clumsy laudatory poem to "Mr Francois Hillenius, EngUsh and Dutch Schoolmaster, residing at Rotterdam," seem to indicate that the book was in the first place intendedTbr EngUshmen learning Dutch and in the second for Dutchmen learning English. Hillenius tells us in his pref ace that, "though many other books of a similar kind had appeared", he was led to publish his own book for the benefit of his pupils, having been authorized since 1637 by the Magistracy of Rotterdam to keep an English and Dutch school. It might be instructive to learn something more of this schoolmaster, who, according to the laudatory poem, stiU^carried on hls profession in 1664; but nothing further seems to be known of him.

In 1677 another grammar appeared:

It contains a grammar for Englishmen learning Dutch and one for Dutchmen learning English, English-Dutch texts in the form of quotations from the Bible and from Epictetus* Enchiridion, proverbs, dialogues, commercial and private letters, and lastly an EngUsh-Dutch dictionary. It is significant of the way in which modern languages were then appreciated that the author, Dr Edward Richardson, repudiates the idea that the compositum of such grammars was beneath the dignity of theologians, appeaUng to the examples of the "highly learned Professor Vossius and the renowned Doctor WalUs a Theologue and Professor in Oxford", adding, "yea also,