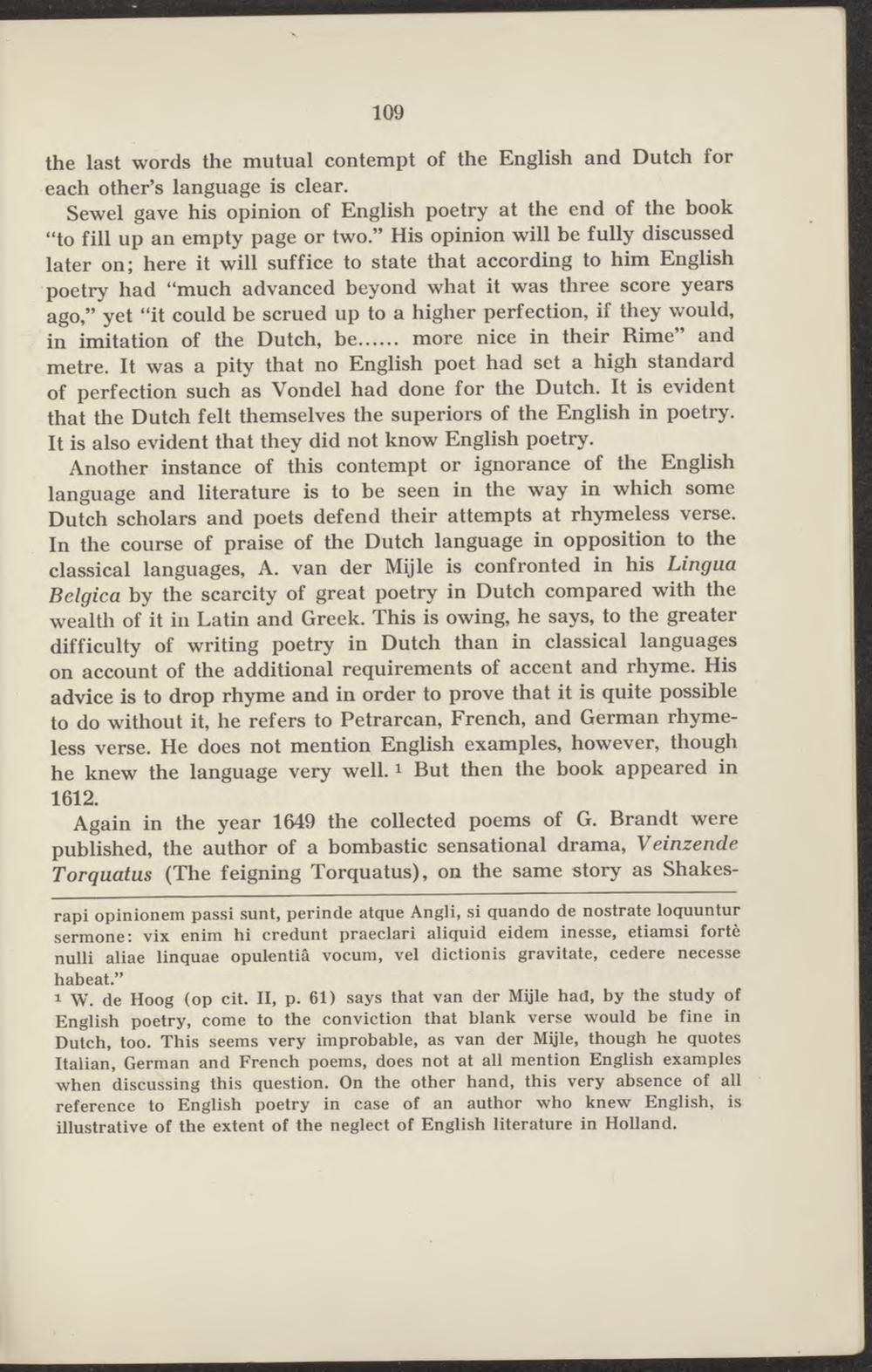 the last words the mutual contempt of the English and Dutch for each other's language is clear.

Sewel gave his opinion of English poetry at the end of the book "to fill up an empty page or two." His opinion will be fully discussed later on; here it will suffice to state that according to him English poetry had "much advanced beyond what it was three score years ago," yet "it could be scrued up to a higher perfection, if they would,

in hnitation of the Dutch, be more nice in their Rune" and

Another instance of this contempt or ignorance of the EngUsh language and üterature is to be seen in the way in which some Dutch scholars and poets defend their attempts at rhymeless verse. In the course of praise of the Dutch language in opposition to the classieal languages, A. van der Mijle is confronted in his Lingua Belgica by the scarcity of great poetry in Dutch compared with the wealth of it in Latin and Greek. This is owing, he says, to the greater difficulty of writing poetry in Dutch than in classieal languages on account of the additional requirements of accent and rhyme. His advice is to drop rhyme and in order to prove that it is quite possible to do without it, he refers to Petrarcan, French, and German rhymeless verse. He does not mention EngUsh examples, however, though he knew the language very well. I But then the book appeared in 1612.

Again in the year 1649 the collected poems of G. Brandt were published, the author of a bombastic sensational drama, Veinzende Torquatus (The feigning Torquatus), on the same story as Shakes-

1 W. de Hoog {op cit. II, p. 61) says that van der Mijle had, by the study of English poetry, come to the conviction that blank verse would be fine in Dutch, too. This seems very improbable, as van der Mijle, though he quotes Italian, German and French poems, does not at all mention English examples when discussing this question. On the other hand, this very absence of all reference to English poetry in case of an author who knew English, is illustrative of the extent of the neglect of English literature in Hólland.