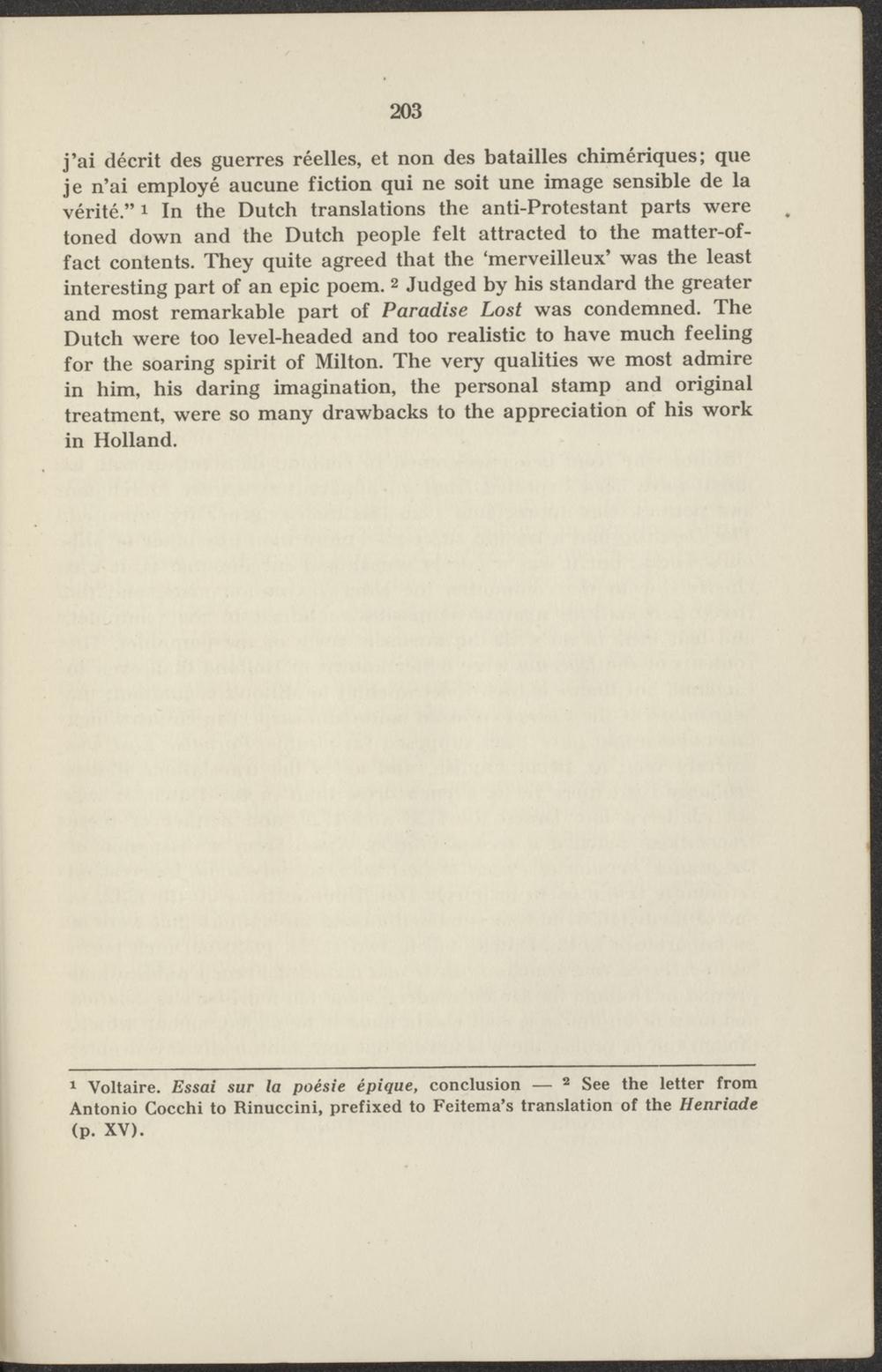 j'ai décrit des guerres réelles, et non des batailles chimériques; que je n'ai employé aucune fiction qui ne soit une image sensible de la vérité."1 In the Dutch translations the anti-Protestant parts were toned down and the Dutch people feit attracted to the matter-offact contents. They quite agreed that the 'merveilleux' was the least interesting part of an epic poem. 2 Judged by his Standard the greater and most remarkable part of Paradise Lost was condemned. The Dutch were too level-headed and too realistic to have much feeling for the soaring spirit of Milton. The very qualities we most admire in him, his daring imagination, the personal stamp and original treatment, were so many drawbacks to the appreciation of his work in Holland.